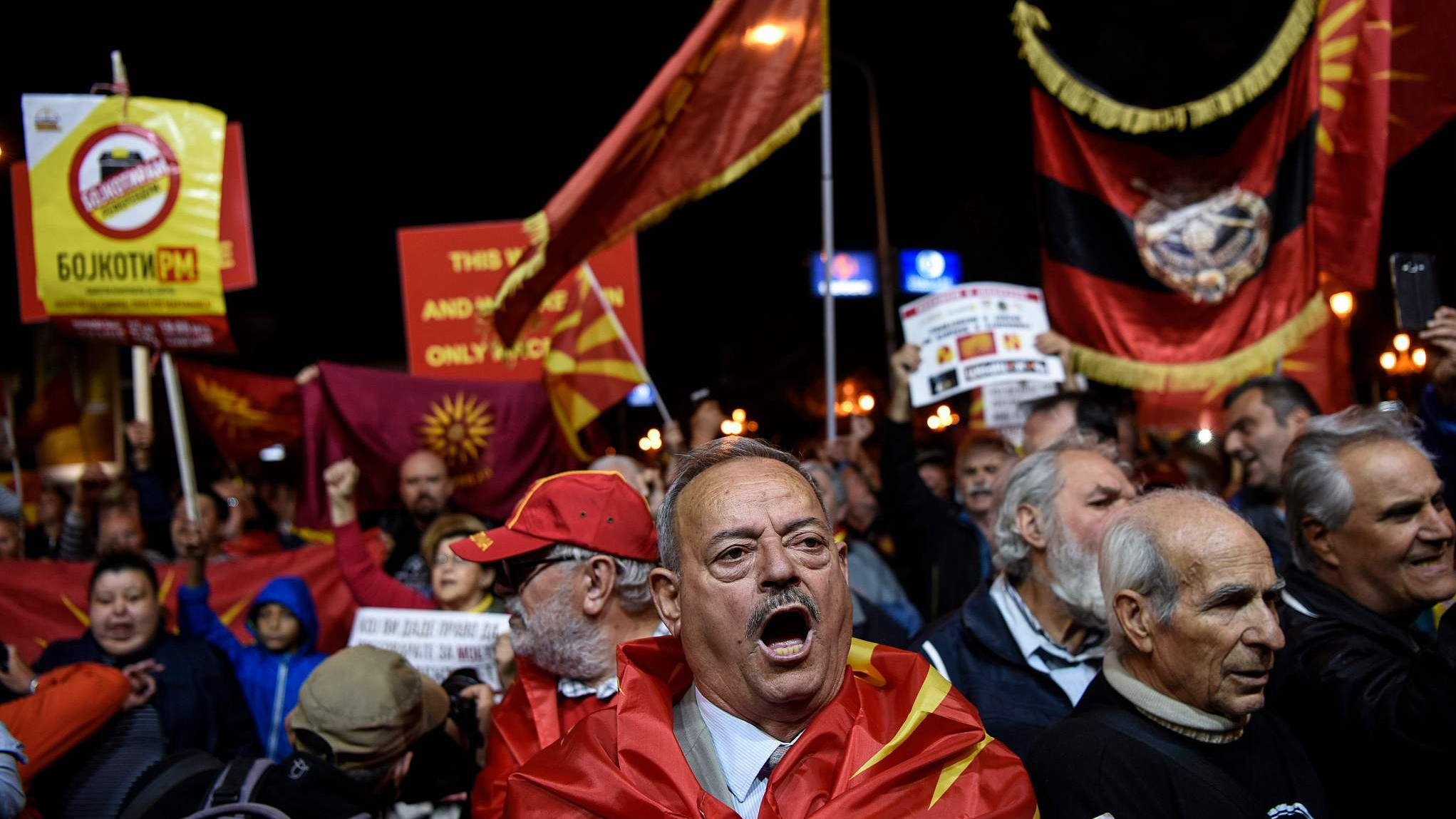 The Republic of Macedonia held a non-binding referendum on September 30 to decide whether to change the name of the constitutional state – which has been used since its independence in 1991 – to the "Republic of North Macedonia". Preliminary results released on October 1 showed that 90 percent of voters said "yes", but the turnout was below 50 percent and the referendum may be invalid.

A bumpy road to changing name

The road to re-naming itself for Macedonia has been bumpy. The Greek side has said that the current name of "The Republic of Macedonia" is a cultural appropriation to its proud cultural heritage, and reveals its territorial ambition to claim Macedonia, a northern province of Greece.

In June, Greece and Macedonia signed a historic agreement to rename the current country "The Republic of North Macedonia". But the agreement has raised serious discontent domestically.

Gjorge Ivanov, president of Macedonia, said he would not sign the agreement. While addressing the 73rd session of the UN General Assembly, he called the name changing "historical suicide".

On the surface, the renaming of Macedonia is only a dispute with Greece; but in fact, it represents a wider geopolitical game between Western countries and Russia.

Macedonia, a landlocked country in the southern Balkans of Southeast Europe, borders Bulgaria to the east, Serbia to the north, Albania to the west and Greece to the south. It has always been a place of strategic importance.

Russia and Macedonia have developed deep historical ties. Moscow naturally does not want to see a further deviation from its orbit, and a closer relationship with Western countries.

Western politicians have scrambled in recent weeks to visit Macedonia with the same aim of encouraging Macedonians to vote in the referendum in support of the country's move to rename itself, thus opening talks with NATO.

But Macedonians have their own understanding of the referendum.

They do not want to make a choice between Russia and the West; they want to revisit the agreement and not be forced to accept an unreasonable one. The mixed attitude of Macedonians towards the referendum was also an important reason for the low turnout on Sunday.

Even bumpier journey to EU, NATO

It's not easy for the country to change its name and it's even harder for it to enter the EU. Macedonia's economy and politics have stagnated for many years and failed to meet the standards of the EU system. The renaming process – if successful – will only be the beginning. For the journey towards the EU, Macedonia should continue to promote reforms such as judicial independence and crack down on organized crime.

Macedonia is one of the essential gateways through which Middle Eastern refugees travel to Europe, and they have gradually become a social issue in the country. How to solve such problems is also a challenge that Macedonia must face on its way to the EU membership. The accession to NATO and EU is of great practical significance to Macedonia, as currently its economy is far behind that of EU nations.

If it manages to join the EU, Macedonia will be supported by the EU's economic aid and preferential policies. It will also receive NATO's military assistance and security guarantees if it becomes a NATO member.

And now the referendum results seem to make it harder for Macedonia to end its disputes with Greece and embrace the EU.

As a small emerging economy, Macedonia has been actively seeking China's support and assistance for its economic development in recent years. The Macedonian government has taken a positive attitude towards the promotion of the China-proposed Belt and Road initiative (BRI).

Macedonia is an excellent window for Chinese enterprises to enter Europe. In recent years, relations between the two countries have deepened, and there has been extensive exchanges and cooperation in the political, economic and cultural fields.

As an important project of BRI in the Balkans area, the two highways Skopje-Stip and Ohrid-Kicevo, which were funded by the China Exim Bank and built by the China Hydropower Group, play an exemplary role in the development of Chinese enterprises in other countries and regions.

Therefore, Macedonia failing to change its name this time will not affect its ties with China. The cooperation between the two countries has made considerable progress and sees a bright future.