Opinion: one more step toward full diplomatic relations between China and Africa 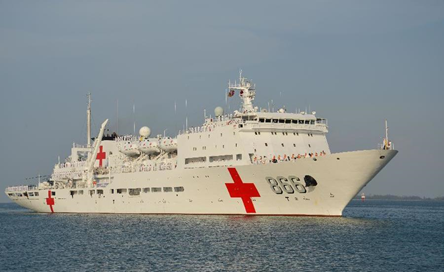 Burkina Faso recognized the fact that there is only one China. Taiwan is an inalienable part of Chinese territory and the People’s Republic of China is the sole legal government representing the whole of China.

Burkina Faso used to be Taiwan's largest ally in terms of population and the second largest in national territorial area. The break was indeed a serious defeat for the Taiwan authorities and the Taiwan leader Tsai Ing-wen even threatened “reprisals.”

What makes Taiwanese leaders more anxious is the consistent acknowledgement of the one-China policy.

Less than one month ago, China and the Dominican Republic established a diplomatic relationship after the country cut diplomatic ties with Taiwan. From 2016 to 2017, a number of countries such as Gambia, Sao Tome and Principe and Panama made the same choice independently.

Burkina Faso said in a statement that the government has its own right to choose cooperative partners and make decisions in accordance with the interests of its country and people.

African countries are not willing to miss the development opportunities brought by China. For many years, China has remained the largest trade partner of Africa.

China’s Belt and Road Initiative is attractive to Africa, and China’s support in infrastructure construction has driven economic growth and recovery on the continent.

Chinese enterprises have played an active role in constructing the Mombasa-Nairobi Railway and Addis Ababa-Djibouti Railway in East Africa, promoting local connectivity and economic development for countries along the routes.

Furthermore, the Soubre Hydropower Project in Ivory Coast was undertaken by China. This project has improved local energy structure and advanced industrial development.

Production capacity cooperation between China and Africa enjoys a boom by taking the advantages of China’s capitals, technologies and equipment together with the potential of the African side in areas such as resources, population and market. The win-win opportunities have yielded bigger and better results.

Foreign Minister Wang Yi stressed that China and Africa have been longing for overall diplomatic relations. It’s sincerely hoped that the only remaining African country that hasn’t established diplomatic relations with China could “join” the big and friendly China-Africa family as soon as possible.

Now is an important moment for China and Africa to enhance relations. The Beijing Summit of the Forum on China-Africa Cooperation, scheduled to kick off in three months, will become a historic event for unity and cooperation between China and Africa.

China is willing to work together with Africa to construct the Belt and Road, to commit to win-win cooperation and common development so as to build a closer community built on common goals in the new era.

Burkina Faso has made the right move and the Chinese side has since sent out a friendly invitation to Swaziland. It’s hoped that Swaziland can take the chance, make the right political decision, recognize the one-China consensus and become involved in the China-Africa development.