BRI NEWS Opinion: The future of China-Africa cooperation is worth expecting

Opinion: The future of China-Africa cooperation is worth expecting 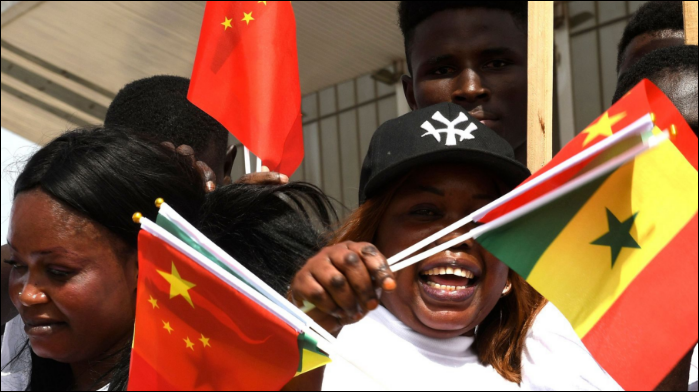 At present, economic globalization is facing more and more uncertainties, while new growth drivers have not yet emerged.

Together, Africa and China should spare no effort to rebalance economic globalization so as to advance Africa toward the “efficiency-driven” stage where competitiveness depends on higher education, better developed labor and financial markets, and the adoption of new technologies.

Quality of governance, rule of law, a harmonized business environment, and policy consistency are also critical for the private sector to be a driver of regional integration.

The nature and pace of integration in Africa is defined by wider economic opportunities and challenges.

The African Union’s Agenda 2063, launched like the BRI in 2013, is an ambitious 50-year vision developed by African strategists, aspiring to achieve an integrated and prosperous Africa with free movement of people, goods, capital and services and infrastructure connections, with the main focus on job creation for African youth, to achieve inclusive green growth and sustainable development, political and economic integration, good governance, peace and security, and building global partnerships.

This growth should be supported by increasing foreign direct investment flows, public investment in infrastructure as the backbone for development in all sectors, and higher agricultural production. China is a major partner in this endeavor.

In this context, Africa recently launched the African Continental Free Trade Area (AfCFTA), a flagship project of Agenda 2063, and the most ambitious integration initiative aimed at eradicating poverty from Africa.

AfCFTA was preceded by the adoption of the Single Market on Air Transport in Africa, the Protocol on Free Movement of Persons, and the African Passport, along with major regional and continental infrastructure projects in which China is an essential player.

At a time when others build new border walls and trade barriers, Africa is tearing them down to make the continent the largest free trade area created since the establishment of the WTO, thus becoming a vital partner within the BRI.

These encouraging developments aim at stabilizing Africa by creating a single continental market for goods and services, promoting infrastructure development, reducing custom duties, as well as easing travel restrictions for investors and professionals in strategic sectors such as agriculture, energy, financial services, ICT, health and education.

In his comprehensive speech at the BRICS Summit, Chinese President Xi Jinping emphasized the opportunities offered by the AfCFTA, which provides access to a market of over 1 billion people and a combined GDP of over 3 trillion US dollars. The value of this free trade area will only be fully realized through massive investment in infrastructure, energy sector, and skills development.

In this perspective, Africa appreciates that the implementation of the United Nations’ Sustainable Development Goals figures among China's priorities, and was adequately reflected in the substantive outcomes of the G20 Hangzhou Summit where a major milestone was revealed, namely the Initiative Supporting Industrialization in Africa and LDCs.

This initiative added significance to the BRI due to its explicit focus on supporting important sectors for Africa’s development, including agro-industry; broadening production bases; investing in clean energy; developing resilient infrastructure; leveraging domestic and international finance; and promoting science, technology and innovation.

Thus, this has set in motion the far-reaching potential to achieve the SDGs over the next 15 years, ensuring healthy lives, inclusive education, achieving gender equality and women empowerment, all of which are of critical importance to the overarching goal of eradicating poverty and hunger from Africa.

To conclude, it is worth noting that millions of African citizens are watching very closely the development of win-win cooperation within the FOCAC Africa-China comprehensive strategic partnership and the game-changing Belt and Road Initiative.