BRI NEWS Opinion: US attitude toward BRI critical to relations

Opinion: US attitude toward BRI critical to relations 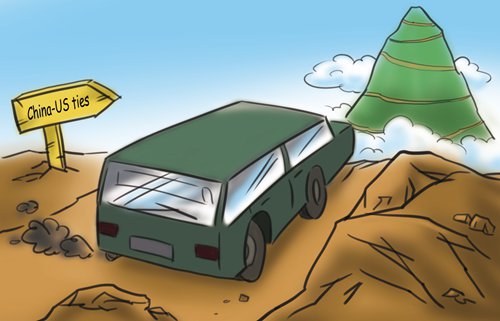 The historic turning point in Sino-US relations may see some turmoil. The US view of the Belt and Road initiative (BRI) has a direct impact on its overall policy toward China. Currently, there are two opposing factions in political and scientific circles in the US.

The first faction belongs to the economic sphere, so it can be called economy. It is really concerned about economic interests and argues that the Sino-US trade war will result in a lose-lose situation. Therefore, it prefers to end conflicts with China and maintain cooperative relations.

As for the BRI, it was criticized for what they called its lack of transparency, because this restricts participation of US companies. The economy faction also argues that the standards are too low for environment protection and sustainable development. Jonathan E. Hillman, a director of Reconnecting Asia Project in CSIS, thinks the BRI is a challenge for US foreign policy, which will unfold in decades rather than days. He said the best US response to the BRI is "a compelling U.S. economic vision, resourced strategically and sustained over time."

The economy faction's attitude toward the Silk Road Economic Belt directly determines the US government's policy. The US supports China's development of a continental traffic economic belt to the West. Washington hopes this will not only weaken Russia's control over Central Asia, but also promote Afghanistan's participation in regional economic cooperation for long-term development and prosperity, thus helping the US to complete post-war reconstruction in Afghanistan.

The military faction is represented by the defense community. They believe that the US policy of seeking contact and cooperation with China has failed. Aaron L. Friedberg, a professor at Princeton University, argues, because of China's growing power, the US should mobilize a coalition of like-minded countries to check Chinese economic practices and deter Chinese aggression.  In the future, the US government must reduce its contacts with China and strengthen its containment power to limit China's influence in Asia-Pacific region.

The military faction emphasizes that there are many other alternatives for the BRI in the world, and Asian countries should not follow China's initiative. Its attitude also affects the perspective of the US government on the 21st Century Maritime Silk Road. The US, which strongly opposes China's approach on the issue of territorial sovereignty over the South China Sea, coordinates with its Asian allies and partners to contain China. The Trump administration proposes and promotes the Indo-Pacific strategy for building a network to curb China.

The US' two-sided approach to China's BRI reflects the inherent contradictions of US foreign policy toward China. Although the Trump administration regards China as a strategic rival, the mutually beneficial cooperation between China and the US still draws politicians from both countries to come to the negotiating table again and again. In the rift between the two factions, the Trump administration's China policy undergoes dramatic changes.

China is in the process of passive response: On the one hand, it endeavors to avoid and limit the external barrier that may arise from the intensification of tensions between China and the US; on the other hand, China doesn't want to show any weaknesses and uses various means to safeguard its own national interests. This makes Sino-US relations extremely unstable.

Looking into the future, we strongly believe that China and the US cannot do away with cooperation. This is the plea of both countries on international resource allocation. The reality of their cooperation will reduce tensions - a beautiful prospect.