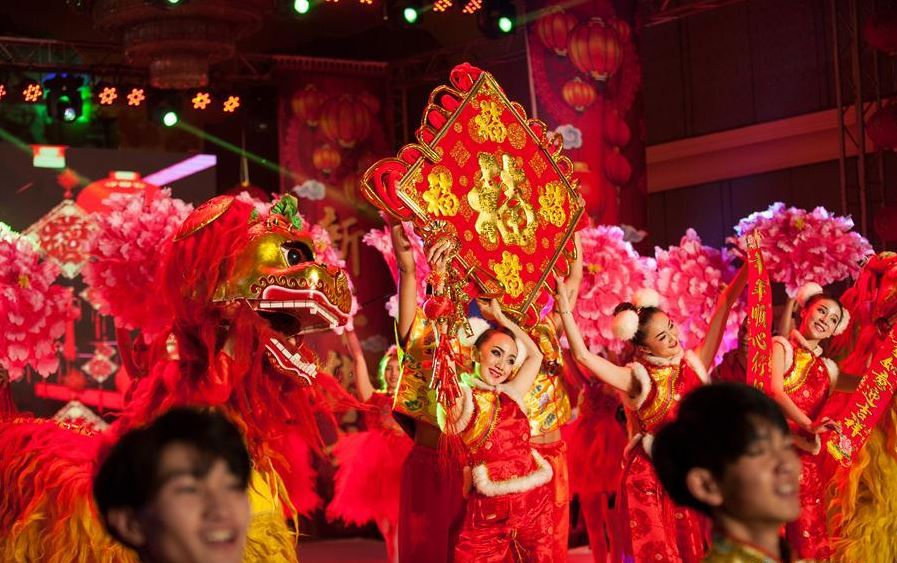 BEIJING, Feb. 3 (Xinhua) -- Overseas Chinese were attentive to the speech of Chinese President Xi Jinping at the festival reception held in Beijing on Sunday, speaking highly of China's achievements in the past year and expecting a brighter future.

"In the past year ... we have made efforts and achieved a lot," Xi said at the Great Hall of the People in Beijing ahead of the Spring Festival.

Xi, also general secretary of the Communist Party of China (CPC) Central Committee and chairman of the Central Military Commission, extended greetings to Chinese nationals of all ethnic groups, compatriots in Hong Kong, Macao and Taiwan, and overseas Chinese on behalf of the CPC Central Committee and the State Council.

Ren Limin, president of the Association of Chinese Residents in France, said he is proud of China's fast development under the leadership of the CPC.

China has achieved a tremendous transformation in the past several decades, growing rich and becoming stronger, Ren said.

"In France, the overseas Chinese are paying close attention to the development of our motherland. We wish our motherland a better future," he said.

Liu Kai, executive vice president of the Promotion of China Re-Unification Society in U.K., said Xi's speech not only extended warm greetings to overseas Chinese in Britain but also boosted their confidence to embrace a better future.

Wu Xiaowang, chairman of Chinese Youth Federation of Europe, said he was extremely touched by Xi's greeting to overseas Chinese. Noting that a strong China is always a common aspiration of overseas Chinese, he called on the overseas Chinese community to work together and contribute to China's development.

For Liu Lachun, managing director at COSCO Shipping Lines (Belgium) NV, Xi's words naturally resonate as the company has benefited from the Belt and Road Initiative over the past few years.

"In the new year ... we will work with our global customers and partners for common development and continue to build a community with a shared future for mankind with people from other countries," Liu said.

For Li Wei, chairman of Prime Fresh, a Sydney-based supplier of beef cuts, there has been a significant rise in the demand of agricultural and livestock products from the Chinese market, both in terms of quantity and quality.

"China's rapid economic growth and the improvement of its citizens' consumption level have brought huge benefits to Australia's agriculture and animal husbandry," Li said. "I am very grateful, from the bottom of my heart, to the opportunities that my motherland as well as President Xi have brought to us as overseas Chinese."