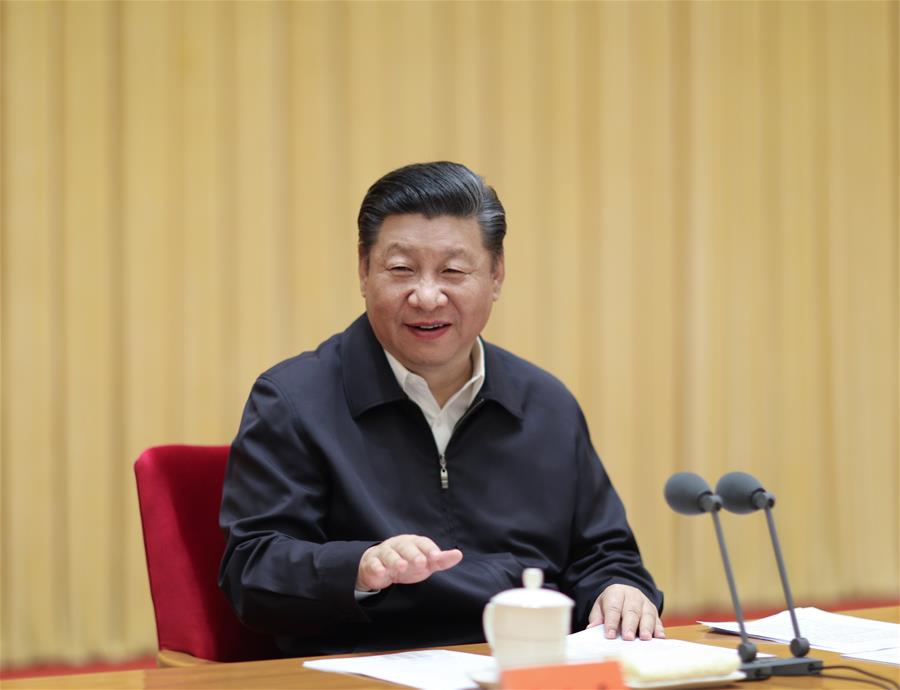 Chinese President Xi Jinping, also general secretary of the Central Committee of the Communist Party of China (CPC) and chairman of the Central Military Commission, delivers an address at the Central Conference on Work Relating to Foreign Affairs held in Beijing, capital of China, on June 22-23, 2018. (Photo: Xinhua)

International scholars praised Chinese President Xi Jinping's speech at a two-day conference on China's foreign affairs, which elaborated on various topics, including China's vision to build a community with a shared future for mankind.

In an address at the Central Conference on Work Relating to Foreign Affairs held in Beijing on Friday and Saturday, Xi, who is also general secretary of the Central Committee of the Communist Party of China (CPC) and chairman of the Central Military Commission, underscored the importance of keeping in mind both internal and international imperatives, focusing on realizing China's rejuvenation and promoting human progress, and contributing to the building of a community with a shared future for mankind.

He also urged efforts to firmly safeguard China's sovereignty, security and development interests, take an active part in leading the reform of the global governance system, and build a more complete network of global partnerships, so that new advances will be made in major country diplomacy with Chinese characteristics to create a favorable environment for, and make due contributions to, building a moderately prosperous society and a great modern socialist country in all aspects.

Saying that Xi's speech clearly defines China's foreign policy, experts from different parts of the world expressed the belief that China will, with concrete actions, safeguard regional and global peace, promote global development, actively push forward the reform of the global governance system and realize the grand vision of building a community with a shared future for mankind.

Kirill Batygin, head of MandarinPro, a community of translators that focuses on the study of the Chinese language in Russia, said that the main ideas in Xi's speech are actually the guiding principles for China's diplomatic work.

The various highlights of Xi's speech, such as his call to break new ground in major country diplomacy with Chinese characteristics and to actively participate in the reform of the global governance system based on such principles of fairness and justice, "convinced us that China is firmly committed to safeguarding the common interests of humankind," said Batygin.

On diplomacy, China always honors its words with concrete actions, and the development of China-Russia ties is sufficient proof, the Russian expert added.

David Gosset, founder of the Europe-China Forum, said China has been pursuing the concept of "Datong," or "the world of great harmony," since ancient times, and the idea of building a community with a shared future for mankind is a reinterpretation of "Datong" in the 21st century.

With China's continuous development, the idea, full of Chinese wisdom, will definitely have a profound influence on the world, he said.

Gerrishon Ikiara, an expert on international economics at the University of Nairobi and former permanent secretary in the Ministry of Transport and Communication of Kenya, praised China's global role in security, counter-terrorism, investments and aid to developing countries.

In his speech, Xi also mentioned the construction of the Belt and Road Initiative (BRI) should be solidified and strengthened, a remark which was well received by experts.

The BRI "combines not only one of the most transformational development initiatives, but also if done right, will bring a lot of positive changes in many of these countries, not just economically, but politically and in many other sectors," said Zubaid Ahmad, a senior Wall Street banker who created an equity firm focusing on business opportunities arising from BRI projects.

Jim O'Neill, former Goldman Sachs chief economist who will become chair of Britain's Royal Institute of International Affairs in July, said China is now "at the center" of all major global affairs.

He urged the British government to cooperate with China on such fields as the BRI, finance, health and clean energy.

Britain needs to become "a great trusted partner of China," he said.