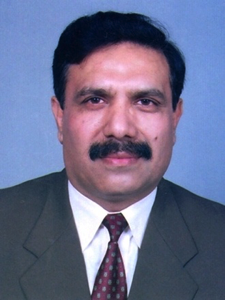 The election of the 19th CPC Central Committee by the Communist Party of China, which gives them the mandate to run the Party for the next five years, is not only a landmark development but also reflects the continuity of the country’s vision and policy to guide the world toward lasting peace and prosperity, said M Naeem Chaudhry, news director of the Associated Press of Pakistan(APP).

He said the world is keeping its fingers crossed that the final outcome of the 19th National Congress of the CPC would help China unveil a new oasis of uninterrupted and unhindered fast economic development through its global contributions in the new era on diverse fronts.

“Living up to the hopes of the planet, the entire CPC process sailed through in a smooth and peaceful manner, paving the way for further giant leaps to rebuild a prosperous and bright future for the present generation as well as posterity across the world,” Chaudhry noted.

Xi Jinping’s election to the 19th Central Committee, who is the current General Secretary of the Communist Party of China and Chairman of the Central Military Commission, has injected a huge amount of trust and confidence in a vibrant and robust way with an unambiguous message that China will continue leading the world steadfastly and address the tremendous challenges of poverty, unemployment, injustice and economic and social exploitation, Chaudhry said.

The congress and election prove China’s house is in order, ensuring stability and perpetuity of its plans, policies and dynamic approach with zero tolerance for corruption.

Chaudhry believes that the Belt and Road initiative and the China-Pakistan Economic Corridor (CPEC) have received immense impetus towards realizing China’s objectives and goals.