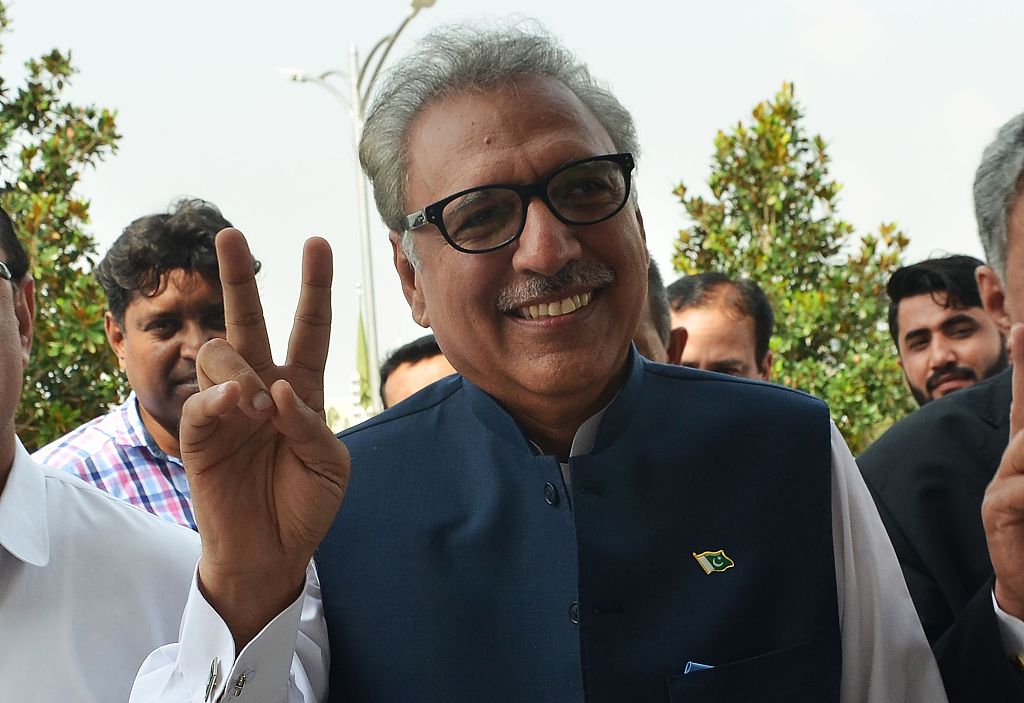 ISLAMABAD, Aug. 18 (Xinhua) -- Ruling Pakistani Tehreek-i-Insaf (PTI) government on Sunday presented its progress report on the first anniversary of its assuming office, reviewing achievements made by the government.

In a ceremony in the Prime Minister Office here, the government launched a book on the one-year progress with brief notes on the performance of each ministry.

Representatives from the government said that Prime Minister Imran Khan faced tough challenges in economic and services sectors as most of the national institutions were going in loss, but the prime minister accepted the challenges and worked hard to drive the country out of crisis.

"When we assumed power last year, the national treasury was almost empty, and we did not even have money to run daily affairs of the country. In that critical time friendly countries came to our rescue and saved us from falling defaulter," Special Assistant to Prime Minister on Political Affairs Naeem ul Haq said in the ceremony.

He said that his government is focusing on health, education and housing sector to alleviate poverty, and 114 small and large scale plans will be introduced in the second year of the government which will lead the poor class to self-dependency.

Addressing the media, Special Assistant to the Prime Minister on Information and Broadcasting Firdous Ashiq Awan said that the government has made big achievement in a short period through hard work and dedication.

"Economic challenges in the first year was tougher than our expectations, but the PTI government has set a pace for development and each coming year will better than the previous year for the government," she said.

Representatives from all ministries will be ready to undergo an accountability process in next week, and media and independent organizations will be given a free hand to ask the relevant people about the progress they made during the last one year, the prime minister's assistant on media said.

The PTI won general elections in July last year and formed government in collation with small political parties. Since assuming power, the government preached the notion of austerity and self-reliance to help the country's stand on its feet.

Releasing report of government's performance is not a common practice in Pakistan, but as the PTI government came to power on the slogan of change and people have high expectations from it, so the party keeps on updating public on its progress.