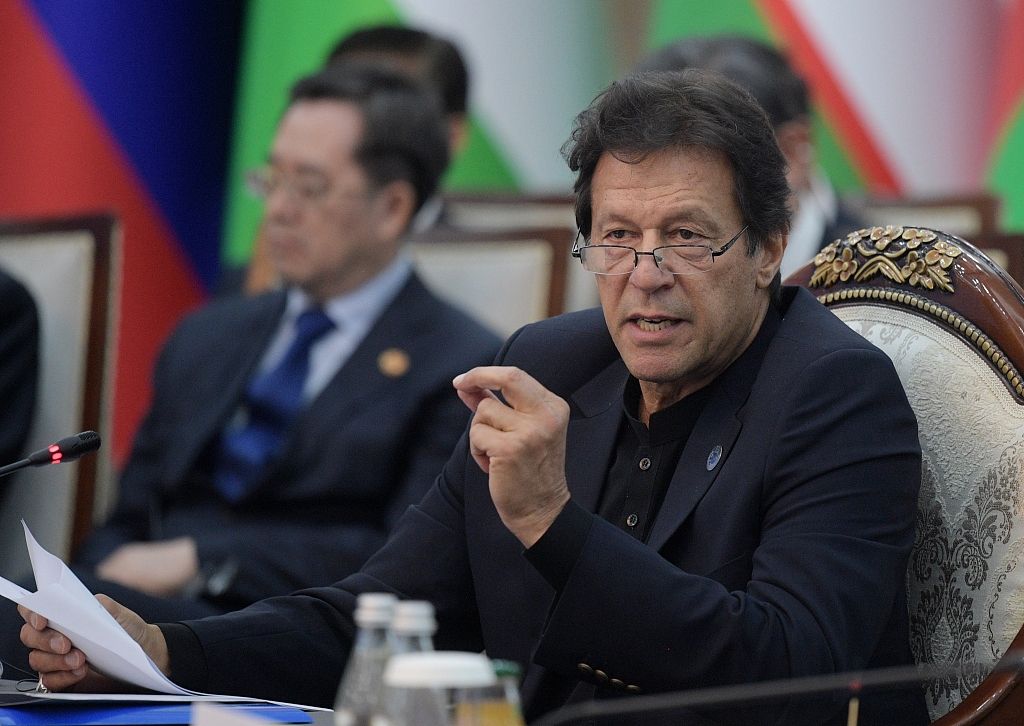 The prime minister expressed the views during his talk to media persons after meeting with a group of businesspersons and industrialists in the country's southern port city of Karachi.

"We have adopted a basic policy to prefer investments over debts to promote industrialization because we think it is the only way to help the country face economic challenges," said the prime minister, adding that his government is trying its best to facilitate investors by all means.

Khan said his government is promoting ease of doing business in the country, facilitating investors, removing hurdles from their ways by bringing reforms in the system, providing them with incentives, including cheap electricity and gas.

The prime minister believed that the expanded industrialization will increase exports and business activities and would finally help the country avoid seeking more loans from international lenders.

Khan also hailed China as its significant help, especially in terms of investments, increasing its imports from Pakistan, has really helped the country avoid a big possible economic crisis during the last one year.

"A big economic power like China is supporting us through a trade agreement and by starting several development projects and providing modern technologies in several fields," said Khan, who projected that China's financial and technical support will steer the country towards progress.

Talking about the country's southwest Gwadar port, which is restored and is being operated by China Overseas Ports Holding Company, the prime minister said the port has given a new face to Pakistan and it would make the country a regional hub by linking the whole region with the world.