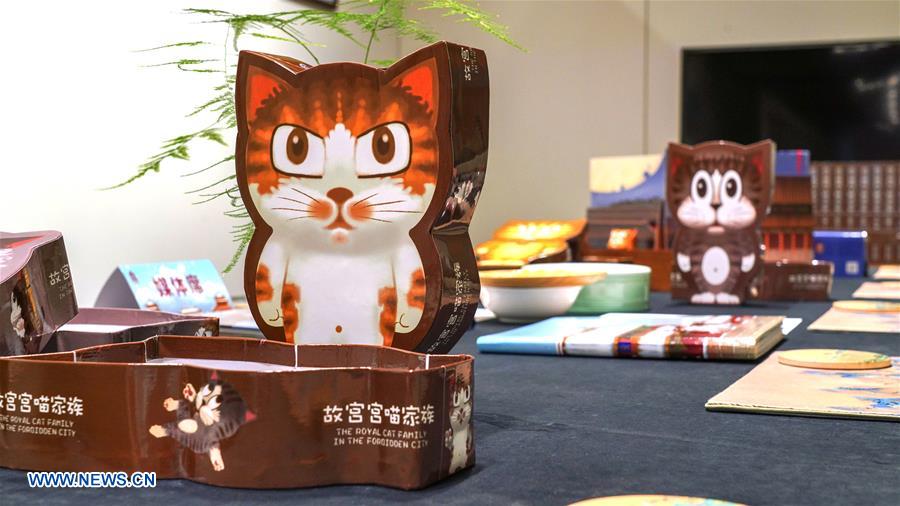 According to Wang Yamin, head of the Forbidden City Publishing House, the upcoming book series will include two stories related to "royal cats" in the palace.

Once the palace of emperors, the Forbidden City has massive and well-preserved wooden buildings. Wang said preventing rats from damaging the architecture and cultural relics has long been an important topic.

Raising cats has been a tradition in the Forbidden City over the past 600 years. For years,  after the Palace Museum closes its doors to visitors, guard cats have roamed the empty lanes of the former royal palace every night in search of their archenemies: mice.

Currently, an online crowdfunding project related to the cat-themed cartoon books and cultural products is underway. These creations are expected to debut at the end of December.