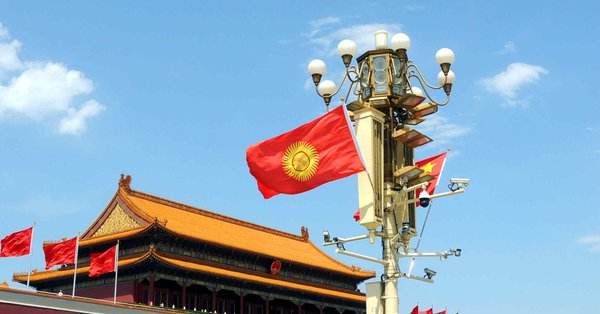 Kyrgyz President Sooronbay Jeenbekov visited China from June 6 to 8 on invitation of his counterpart-Chinese President Xi Jinping. Afterwards he will attend the Shanghai Cooperation Organization (SCO) summit in the Chinese seaside city of Qingdao.

There was nothing surprising about this and I think it was time for such a natural outcome.

I have been to Kyrgyzstan several times during 2012-2017, when I was working as an overseas correspondent. The first time I went there was to report on the 13th SCO summit held in Bishkek, the capital of Kyrgyzstan.

Few would expect that in a Central Asian city more than 3,000 kilometers away from Beijing there is a street named after Deng Xiaoping, who was recognized as a core of the second-generation leadership of the Communist Party of China and “the architect of China's reform and opening-up." 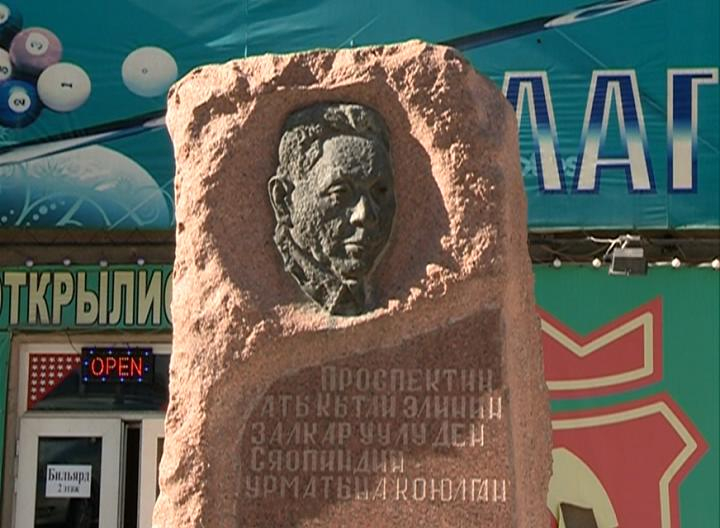 Deng Xiaoping street is about five kilometers long and has six lanes in two directions. Along the street there are restaurants, coffee houses, furniture shops, fruit stalls, mobile phone shops and other various stores. It is also the start of the highway, leading to other parts of Kyrgyzstan, such as the country’s second biggest city Osh in the south and some western cities. Traffic is busy here. It is a street full of life.

The idea of renaming this street after Deng Xiaoping was first brought up by the mayor of Bishkek, Boris Silaev in 1996, who wanted to let the Kyrgyz people know that China had benefited enormously from Deng’s reform and open-up policy and that he hopes Kyrgyzstan can learn from China’s experience and become prosperous. Now Deng Xiaoping street is seen as a symbol of friendship between the two countries.

During the past 26 years, since China and Kyrgyzstan established diplomatic ties, bilateral relations have been gradually developing. One of the milestone events occurred in September 2013 when Chinese President Xi Jinping was on his first Central Asian tour and the last stop was Kyrgyzstan.

Leaders of two countries lifted bilateral ties to a strategic partnership, and the two sides signed deals worth three billion US dollars on economic cooperation.

This visit happened right after Xi’s speech at Nazarbayev University in Astana, capital of Kazakhstan, where he for the first time introduced to the world the Silk Road Economic Belt – part of the Belt and Road Initiative. Kyrgyzstan is one of the earliest countries that showed support for this initiative at the very beginning. 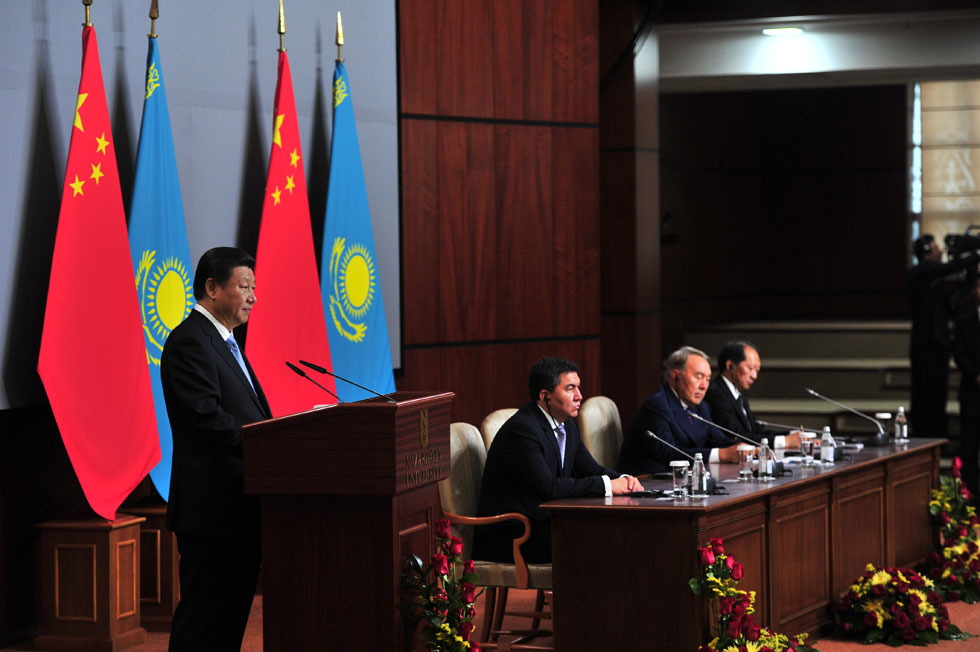 “The planning of the Silk Road Economic Belt is of great significance for Kyrgyzstan.The construction and improvement of infrastructure, transportation networks and the development of the agricultural industry mentioned in the plan are all very crucial for Kyrgyz development.” Muratbek Imanaliev, Kyrgyz diplomat and former Secretary General of the Shanghai Cooperation Organization told me in Bishkek right after Xi’s visit. 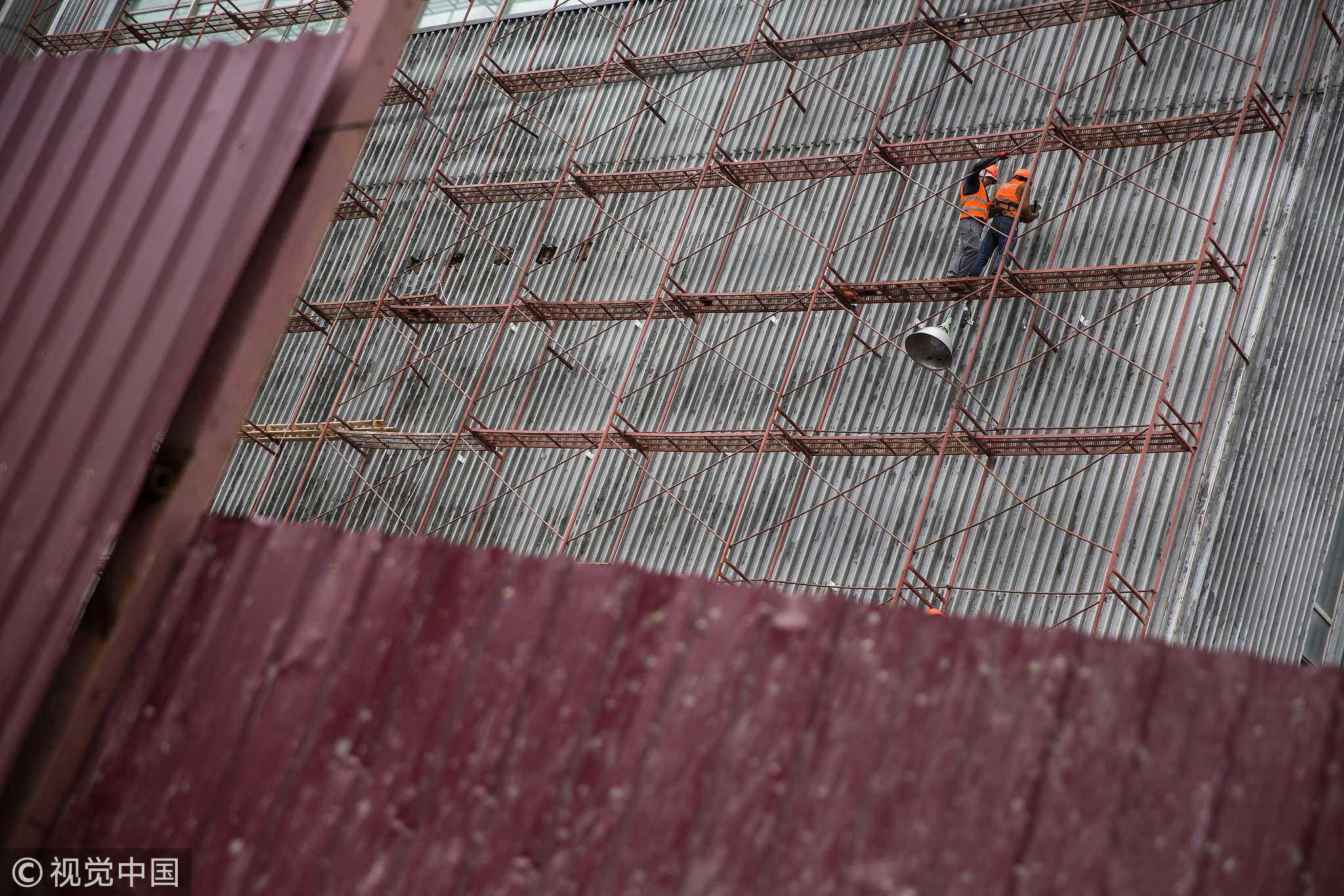 Workers stand on a scaffolding as they labor at a construction site in Bishkek, Kyrgyzstan, on Wednesday, April 18, 2018. (Photos: VCG)

This visit has indeed boosted bilateral economic and trade ties. Since 2013 China has become the largest source of investment in Kyrgyzstan, mainly in agriculture, infrastructure, transportation, energy, mining etc. A series of big construction projects by Chinese companies has been launched, such as thermal power stations, hospitals and highways, improving the irrigation system, which provides local people with thousands of jobs. More importantly, the salary offered by Chinese companies is much higher than the national average.

With the localization of Chinese companies bilingual talents are in great need. The enthusiasm of learning Chinese there is unexpectedly high, which amazed me the first time I visited the Confucius Institution at Kyrgyz National University in Bishkek. Students are from all walks of life and of different ages. A seven-year-old boy was eager to greet me, even though he had just learned the simplest Chinese word “Hello.” Besides the Chinese language, there are also various cultural and art subjects, such as the traditional Chinese musical instrument, painting skills, martial arts, dancing. 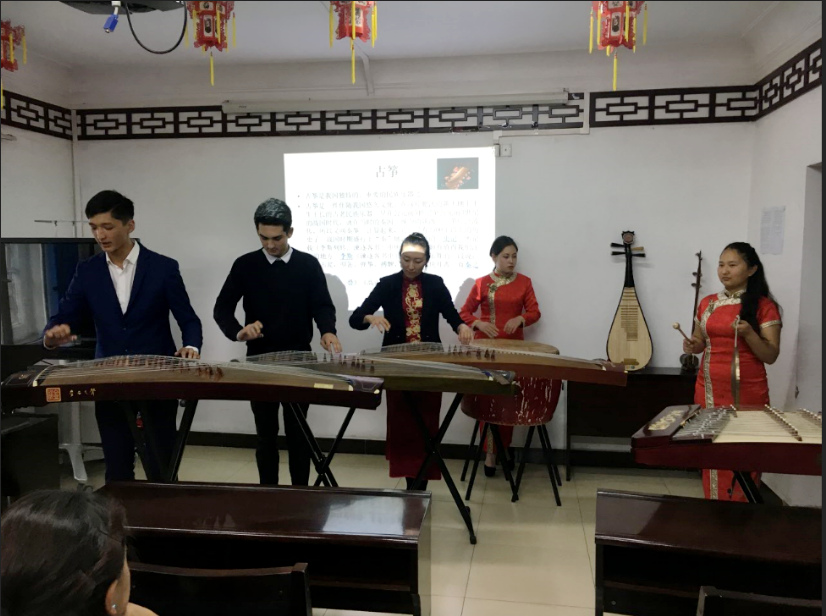 The institution also provides opportunities to study in China if the candidates pass the necessary exams and interviews.

I asked them why they wanted to learn Chinese. Some are for a better job with higher pay. Still, many of them are hoping to become diplomats and make efforts to strengthen mutual understanding between the two nations.

In their eyes, China somehow reminds them of hope.

The past five years have witnessed a rapid development of China-Kyrgyzstan ties. Now by lifting bilateral relations to a comprehensive strategic partnership, China and Kyrgyzstan will usher in a new era of development.