BRI NEWS Phase one deal, light at the end of the tunnel?

Phase one deal, light at the end of the tunnel?

Editor's note: William Jones is the Washington bureau chief for Executive Intelligence Review and a non-resident fellow of the Chongyang Institute for Financial Studies, Renmin University of China. The article reflects the author's opinion, and not necessarily the views of CGTN. 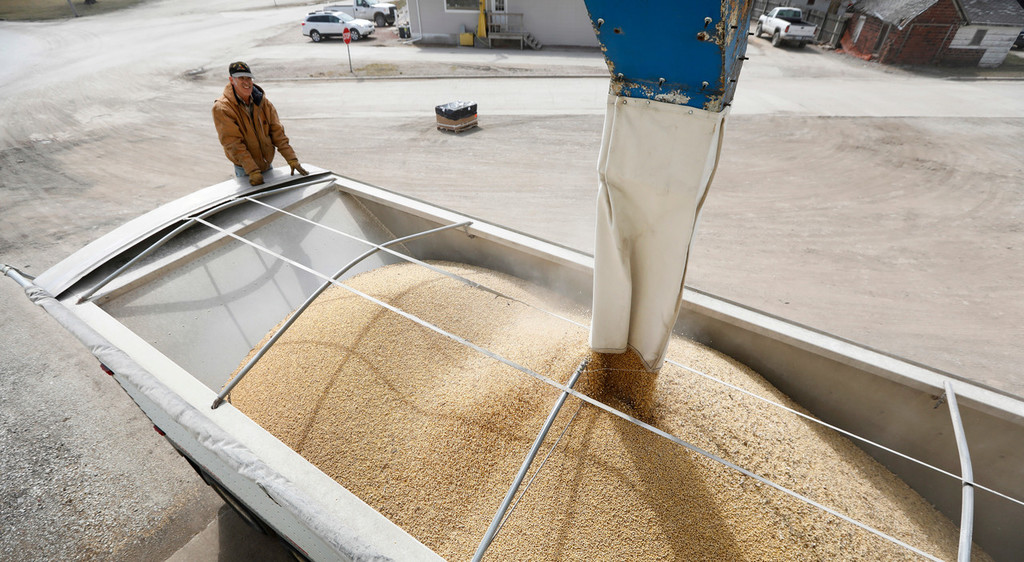 Soybeans are loaded into a trailer in Redfield, Iowa, US. (Photo: IC)

A lot of people breathed somewhat easier as the announcement came out that U.S President Donald Trump was ready to accept the partial agreement negotiated with China on trade and would not impose the tariff increase on Chinese products scheduled for December 15.

There was little fanfare regarding the agreement, though. President Trump agreed to it at a meeting of his advisers on Friday and Michael Pillsbury, who has a strong bias against China but is an adviser to the president on China, elaborated on the discussion with the president on Fox's Lou Dobbs. Trump issued a "tweet" announcing it and China first responded to the matter at a press conference arranged at 11:00 p.m. the same day in Beijing.

The lack of fanfare may have several reasons. Firstly, the deal has not been signed yet as the two sides have only come to an agreement on the text of a phase one trade deal, apparently there's some need for last minute clarifications. Pillsbury also indicated that President Trump did not want to appear "triumphal" in deference to the Chinese side, which had to make some tough concessions to reach the agreement.

Pillsbury also indicated that it was the strong relationship that President Donald Trump had established with President Xi Jinping which helped bring about this preliminary agreement, in spite of the fact that many of the US demands, some of which are rather "over the top" for the Chinese, had not been met. These more difficult issues will have to be resolved in a final agreement, which the two parties indicated will begin immediately.

But now one major obstacle to pulling US-China relations away from the dangerous path they have taken over the last year, has been put on hold, if not removed entirely, and it will still be an uphill climb. Assistant Secretary of State David Stilwell indicated the current mood of US policy-makers during a speech at the Center for Strategic and International Studies on December 3. He went through a long list of cooperative agreements with China since the reform and opening-up in 1978, including cooperation on nuclear energy, space research, aeronautics, etc., (which people tend to forget in the present inflamed atmosphere).

He then went on about how this has led to great disappointment since China is now becoming a "rival" to the United States and did not become a nice little "liberal democracy" that some people mistakenly envisioned. This argument is given a sharper edge in Michael Pillsbury's magnum opus, "The Hundred Year Marathon," which depicts China's recent development as a part of a devious 100-year project by Chinese planners to become a "world hegemon."

The State Department under Mike Pompeo is now quickly becoming a major "human rights enforcer." While "human rights" is always a topic in meetings by US Foreign Service officers with representatives of foreign countries, it is now becoming a bludgeon to be used to beat over the heads of "recalcitrant" individuals – and nations. In this respect, the number one target is China as the alleged "detention camps" are being used to beat the drums about human rights "abuses" in Xinjiang.

Also, the State Department's renewed interest in Central Asia with the C5+1 dialogue is also being used to convince the Central Asian nations to "speak out" about Chinese "abuses" in Xinjiang. This campaign, is, of course, aimed directly at China's Belt and Road Initiative, in which the countries of Central Asia, particularly Kazakhstan, are playing a major role.

This diplomatic offensive, combined with the new restrictions on the Confucius Institutes, on Chinese scholars traveling to the US, and closer surveillance of Chinese students studying in the US, particularly in fields which the US fears are of strategic significance in science and technology, has created an atmosphere reminiscent of the McCarthy period. During that time in the 1950s, fear of "communist infiltration" led to increased restrictions on the "freedom of speech" and "freedom of association" of American people.

It is in this context that the "light at the end of the tunnel" represented by the preliminary agreement on trade becomes very important. While much of the US political establishment has developed a harder edge toward US-China cooperation, President Trump has not. He is fundamentally a pragmatic leader who would like to bring the American economy out of the doldrums for the millions of people over the last two decades who have seen their conditions gradually deteriorate in the face of the "bubble economy" that we have become.

But the power of a president, even a very pro-active president like Donald Trump – is always limited and hedged in – by advisers who disagree with the policy and drag their feet to prevent implementation, by a Congress which has literally "gone viral" over its animus against Trump personally, and by his own limited view of what will bring him success in his striving to revive America's industrial power.

The focus on trade will not bring back US industry. Only a major program for rebuilding US infrastructure, pushing the envelope on science and technology using a renewed space program, moving to upgrade U.S industries and workforce to a level that represents today's level of technology, and tackling Wall Street's speculative profiteering with a renewed Glass-Steagall bank separation law, can bring success to that venture.

In order to accomplish that, cooperation with China can be an asset rather than an impediment. If the president made it possible to create the means for China to invest some of those hard-earned dollars they have earned in trade with the US in US infrastructure, for instance, the creation of a US-sponsored infrastructure bank, that trade deficit could become an investment credit for rebuilding US industry.

But the road there will not be easy, and will require quiet determination – and wisdom – to make the relationship work, and to the benefit of both countries.