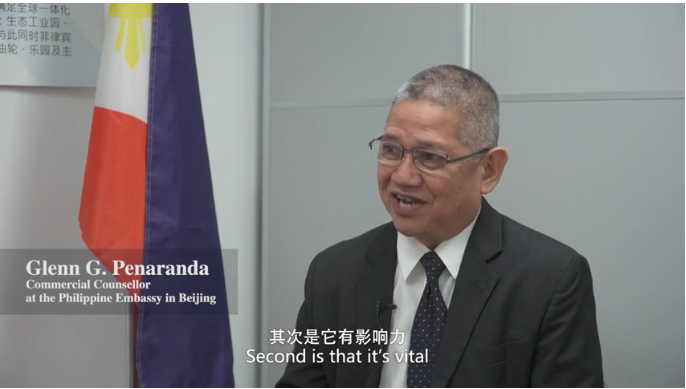 Glenn G. Penaranda, commercial counselor at the Philippine embassy in Beijing, sat down with China Daily recently to talk about China's development, the Belt and Road Initiative (BRI), and the country's business environment.

As he put it, reform has set China on a rapid course of development. Penaranda mentioned China's progress in e-commerce, mobile payments and the pioneering high-speed railways in particular. All these have changed people's lives at home and also impacted those in the close vicinity of China, such as the Philippines, he said.

Penaranda said as China opens up more to the outside world, the old impression some foreigners may still harbor feels increasingly outdated. In the past two years, he visited many places in China, including many rural communities where it's not rare to find facilities with modern comforts. There was a vibrant confidence among those locals, he said.

He added that the BRI and the infrastructure cooperation under its framework have greatly improved Philippine connectivity to other countries, bringing more opportunities to the archipelago. The immediate impact has been most palpable on trade and investments. Philippine companies have invested in China for a long time. Penaranda believes they will benefit from the newly enacted Foreign Investment Law, thanks to the business-friendly measures it formalized such as the Negative List management and pre-establishment national treatment. It's simpler and more efficient to do business in China now, he said.