BRI NEWS Pilot FTZs to get boost in new year

Pilot FTZs to get boost in new year

China will accelerate the development of pilot free trade zones and ports via policy innovation and adequately expand their size to advance all-round opening-up in 2019, said commerce officials.

The government will try new reform and opening-up policies in its pilot free trade zones first to ensure their feasibility, said Tang Wenhong, director-general of the department of foreign investment administration at the Ministry of Commerce. 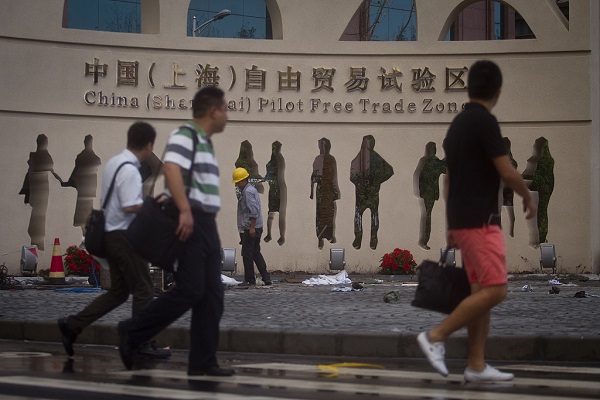 "The ministry is currently planning to add new areas for China (Shanghai) Pilot Free Trade Zone and designing policies to build Hainan free-trade port to accelerate its development," he said.

The ministry's move is consistent with the major economic tasks announced at the annual Central Economic Work Conference held in Beijing from Wednesday to Friday, where China's central leadership charted the course for the economy in 2019, a key year for the country to achieve its goal of building a moderately prosperous society in all respects by 2020.

To pursue high-quality development, China should speed up the optimization and upgrading of its economic structure, enhance the capability of technological innovation, and deepen reform and opening-up, according to a statement issued after the meeting.

China unveiled 53 measures in November at its 12 FTZs to further streamline administration, step up compliance oversight and services and promote innovation and exploration within those zones.

Foreign carriers will be allowed to offer passenger and cargo services from Zhengzhou, Henan province, and Xi'an, Shaanxi province, both capitals of provinces with pilot FTZs, to other countries. Chongqing Pilot Free Trade Zone will set up a special port for imported pharmaceuticals and biological products for the first time.

Chen Zhenchong, an official with the department of pilot FTZs and special regional development under the General Administration of Customs, said more measures will be adopted to enhance connectivity and information sharing with key economies involved in the Belt and Road Initiative next year.

In addition to boosting its FTZs, China will also speed up negotiations on the Regional Comprehensive Economic Partnership and the China-Japan-South Korea Free Trade Agreement in 2019. They will be "modern, comprehensive, high-quality and reciprocal", said Zhang Shaogang, director-general of the Department of International Trade and Economic Affairs at the Ministry of Commerce.

The RCEP, a proposed free trade agreement between the 10 ASEAN member states and six of their FTA partners－China, Japan, South Korea, Australia, New Zealand and India－is expected to be one of the world's largest trading blocs, accounting for 45 percent of the world population, 40 percent of global trade and one-third of the world's GDP.

Negotiations on the second phase of the China-South Korean FTA, the China-Norway FTA and the China-Israel FTA are currently in progress, said Zhang.

In terms of opening wider, China has agreed to cooperation deals with more than 130 countries, regions and international organizations on jointly developing the BRI and signed 17 free trade agreements with 25 countries and regions.