Prime Minister Benjamin Netanyahu has fallen short of capturing the majority needed to form a government, near-final election results showed Wednesday, deepening a year of political deadlock and appearing to dash the long-serving leader's hopes for a decisive victory as his trial on corruption charges nears. 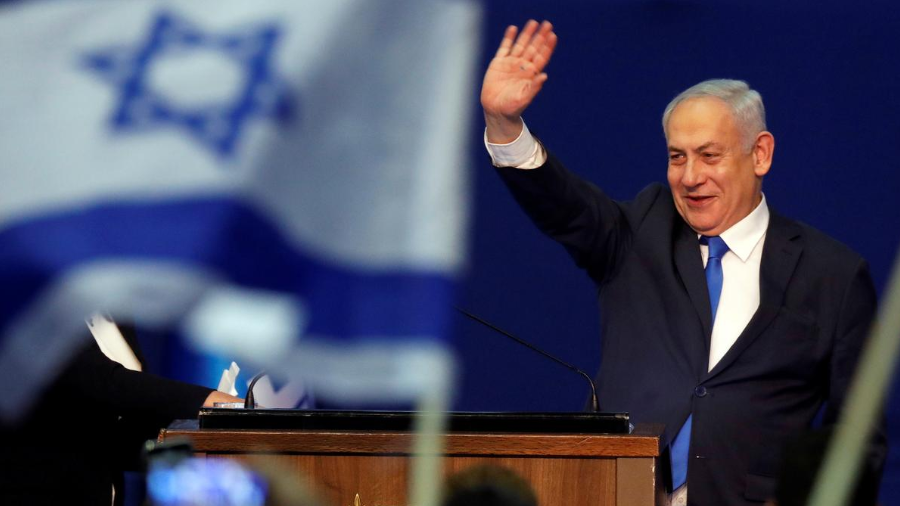 In an angry tirade, Netanyahu conceded that he did not have the parliamentary support to form a new government right away. But he still tried to claim victory as he lashed out at his main opponent and disparaged the leading Arab party — the third largest in parliament — as irrelevant.

"This is what the nation decided," he said. "The public gave me more votes than any other candidate for prime minister in the nation's history."

After failing to form a government following two general elections last year and with his legal woes closing in, Netanyahu had been hoping for a clear win in Monday's vote. With initial exit polls predicting a near majority for Netanyahu and his nationalist-religious allies, he declared a "great victory" to thousands of jubilant supporters under a torrent of confetti on election night.

But Wednesday's near-final tally painted a different picture. With over 99 percent of the votes counted, Netanyahu's Likud led the way with 36 seats, ahead of challenger Benny Gantz's Blue and White party, with 33 seats. Yet with his allies, Netanyahu's right-wing camp held a total of only 58 seats, three shy of the 61 needed to form a government and no clear path to reaching the threshold. Final results are expected later Wednesday. 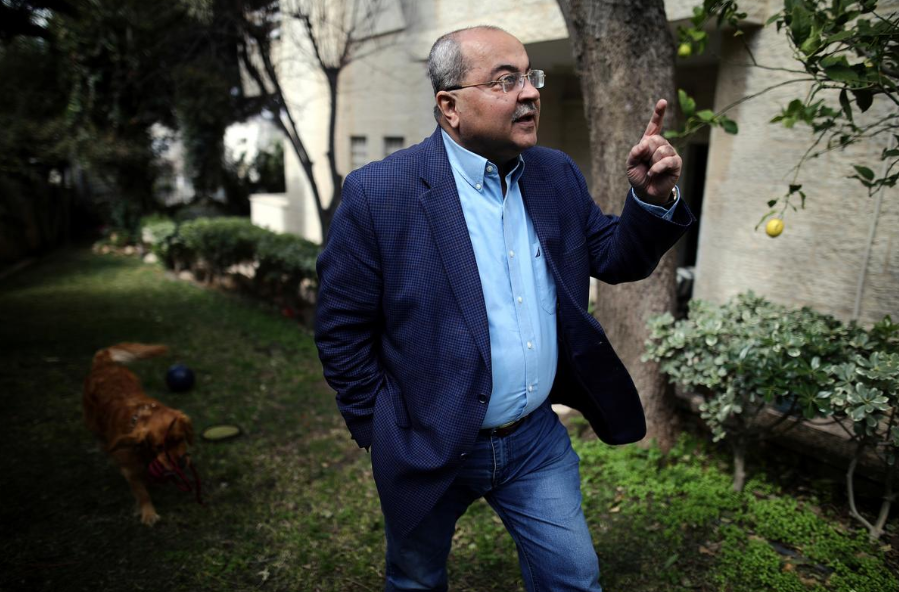 Arab politician Ahmad Tibi, of the Joint List party, speaks during his interview with Reuters at his house in East Jerusalem, February 23, 2020. (Photos: Reuters)

In a stunning rebuke to Netanyahu, the Joint List, an umbrella group of Arab-led parties, finished third with 15 seats. It was an all-time high for the Joint List, boosted by voters furious at what was perceived as racist incitement by Netanyahu throughout the campaign against the country's Arab minority.

"Our public feels its power and it wants to exert that power," Joint List leader Ayman Odeh told Israeli Channel 13 TV. "We said no to Benjamin Netanyahu's approach."

In a meeting with his political allies Wednesday, Netanyahu continued to portray himself as a winner, despite the likely impasse he faces.

"The Likud under my leadership became the largest party in a knockout," he said. "The public's decision must be respected."

He did not respond to a reporter's question about lacking a parliamentary majority. But he again lashed out at the Joint List, saying it should not even be considered in the calculations for forming a new government.

The Joint List "isn't even part of the equation," he said, claiming its members are hostile to the state.

While the Arab parties have never sat in an Israeli coalition, they have worked to support policies from the outside, a step they could take again if they can resolve their differences with Gantz. 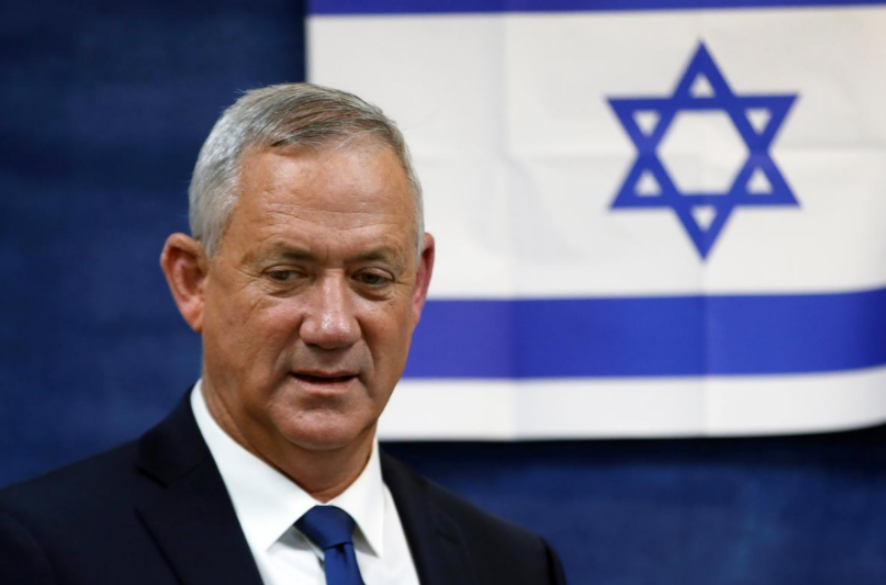 Leader of the Blue and White party Benny Gantz arrives to vote in Israel's parliamentary election at a polling station in Rosh Ha'ayin, Israel, September 17, 2019.

Gantz also has ruled out a partnership with the Joint List, making it unlikely he can cobble together a coalition either. That means Israel appears headed for deadlock, extending nearly a year of political paralysis.

Netanyahu had been desperate for a strong showing ahead of his trial, which is scheduled to start March 17. Installing a new government would give him an important political boost and potentially allow him to legislate his way out of the legal quagmire.

"There isn't another politician in the world who could have won the largest number of votes after having failed twice to form a government and after having been indicted on three charges," political commentator Ari Shavit wrote on the Makor Rishon news site. "Nevertheless, Netanyahu and his partners ought to bear in mind that their goal of 61 seats has not been achieved yet. Their hope for a decisive victory was dashed."

Netanyahu was indicted last year on fraud, bribery and breach of trust charges in three separate corruption cases. He denies wrongdoing, saying the charges have been trumped up by a liberal media and a justice system looking to oust him.

As prime minister, Netanyahu can not only use his position as a bully pulpit to rally public support but he and his allies also can try to craft legislation to delay or derail prosecution. Under Israeli law, a sitting prime minister is not required to resign if indicted.

But the law is fuzzy about whether a candidate for prime minister under indictment can be given authority to form a new government, and the country's Supreme Court is expected to weigh in on the matter. Israel's president will soon begin consultations with the elected parties, which then recommend to him their preferred selection to lead the government.

Typically, the candidate with the most recommendations is asked to try to form a government. As leader of the largest party, that is likely to be Netanyahu, even if as in the previous two elections his path is unclear.

In a bid to break the deadlock, Likud and its allies have been trying to find ways to bridge the gap. They have talked about luring "defectors" from opposition parties who could tick the right-wing bloc's numbers up.

But so far, no one has come forward, and a number of rumored defectors have issued statements denying the speculation. Blue and White meanwhile said it would consider promoting legislation that would prevent an indicted prime minister from forming a government.

But passing such legislation, particularly in the two weeks before the president taps a candidate to form a government, appeared unlikely, especially following an opinion against the idea by the Knesset's legal adviser.

The most straightforward way out of the deadlock would be a power-sharing deal between Gantz and Netanyahu, whose parties together control a parliamentary majority. But Gantz has ruled out a partnership as long as Netanyahu heads Likud.

Netanyahu, on the other hand, insists on being prime minister of any unity government. If neither candidate can form a government within the allotted time, Israel could face an unprecedented fourth straight election.