A plan by India to form a crude oil buyers' alliance with China could be a mutually beneficial deal for two of the world's largest crude importers, potentially leading to a greater say in global oil price setting, but it won't work unless the two countries can overcome major political and economic issues, experts said on Thursday. 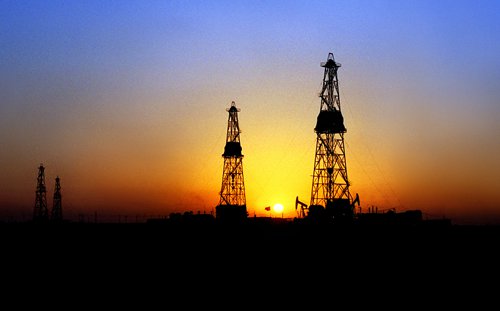 The trip was a follow-up on an earlier proposal made by Indian Oil Minister Dharmendra Pradhan at the International Energy Forum in April to form an "oil buyers' club" to negotiate better terms with sellers and facilitate the purchase of more US crude oil in order to counter the dominance of the Organization of the Petroleum Exporting Countries (OPEC), the PTI report said.

The report did not mention specific results from the meeting. CNPC did not respond to faxed questions from the Global Times about the meeting as of press time on Thursday.

"There is huge room for energy cooperation between China and India," said Qian Feng, a researcher at the Chinese Association for South Asian Studies in Beijing, noting that the two countries have many shared interests in the global crude market as they are two of the largest importers.

"The two countries' economies are among the world's fastest-growing and they both have a huge demand for oil imports," Qian told the Global Times on Thursday. "Such cooperation could certainly give them a greater say in global energy price-setting."

China is the world's largest oil importer and India the third-largest after the US. China and India accounted for 17 percent of the world's oil consumption last year, the PTI reported.

"In theory, India and China forming a buyers' alliance to counter the sellers' alliance could work, and would be in both countries' interests," said Lin Boqiang, director of the China Center for Energy Economics Research at Xiamen University.

"However, the key is that we have to make it effective. And that's not an easy thing because the two countries disagree on many things, both politically and economically," Lin said.

The China-India relationship has shown signs of improvement in recent months, especially after Indian Prime Minister Narendra Modi came to visit China in April, according to the Xinhua News Agency.

But there are still differences between the two countries on many issues. For example, India still appears skeptical about the China-proposed Belt and Road initiative, which also covers cooperation in the energy sector.

"Without a doubt, the forming of an alliance, even if it's just in the energy sector, is intertwined with the complex political relationship between China and India," Lin said, adding that "we should not hold high expectations for [the alliance] to happen."

Lin pointed out that the idea of forming an oil buyers' alliance was first floated by India many years ago, but changes in the world crude market mean that it might be worth a shot.

India's renewed proposal came amid a steady rise in oil prices, which some have blamed on production cuts by OPEC.

Despite falling in recent months, crude oil import costs in March were still 85 percent and 22 percent higher than the levels in same month of 2016 and 2017, respectively, the IEA said on Wednesday.

The rising costs came after cuts in production by OPEC. Oil output from OPEC's 14 members fell by 2.8 percent or 926,000 barrels per day in 2017, according to the group's official data released on June 7.