Tokyo (People’s Daily) - The exhibition of Jingdezhen porcelains made by China's rising artists opened Tuesday at the Chinese Cultural Center in Tokyo.

Around 100 people from the culture and arts circles of China and Japan attended the opening ceremony.

Porcelain is one of the artistic treasures of China. It played an important role in the spread of Chinese civilization through Sino-foreign trade.

The exhibition collects more than 100 works of porcelain from more than 10 young designers with avant-garde ideas. These delicate vases, porcelain paintings, tea sets and other porcelain works embody not only the ancient spirit of porcelain-making in Jingdezhen but also the city’s updated spirit. 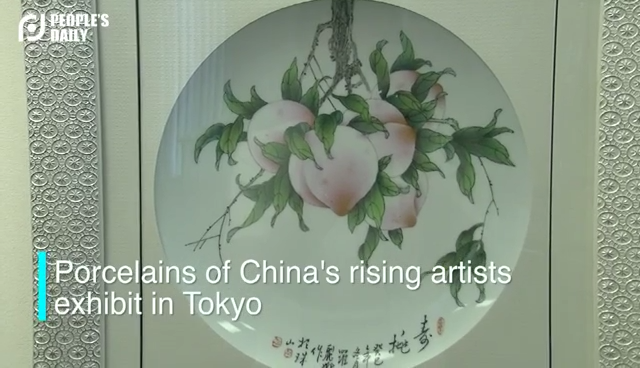 Jingdezhen has a 1700-year history of porcelain-making. Famous worldwide for its porcelain, Jingdezhen has a profound cultural heritage, with ancient skills passed from generation to generation. The Chinese sometimes refer to the city’s porcelain as “white as paper, bright as a mirror.”

The city is known for the four traditional styles of porcelain: China flower, rice pattern, pink color and colored glaze.

Cultural Counsellor of China’s Embassy in Japan Chen Zheng said, “Speaking of porcelain, we must say Jingdezhen. In Chinese people’s minds, Jingdezhen is a trademark of China. The porcelain of Jingdezhen binds the connection of countries worldwide including Japan, earlier through the Silk Road trade routes, and now through the Belt and Road Initiative.”