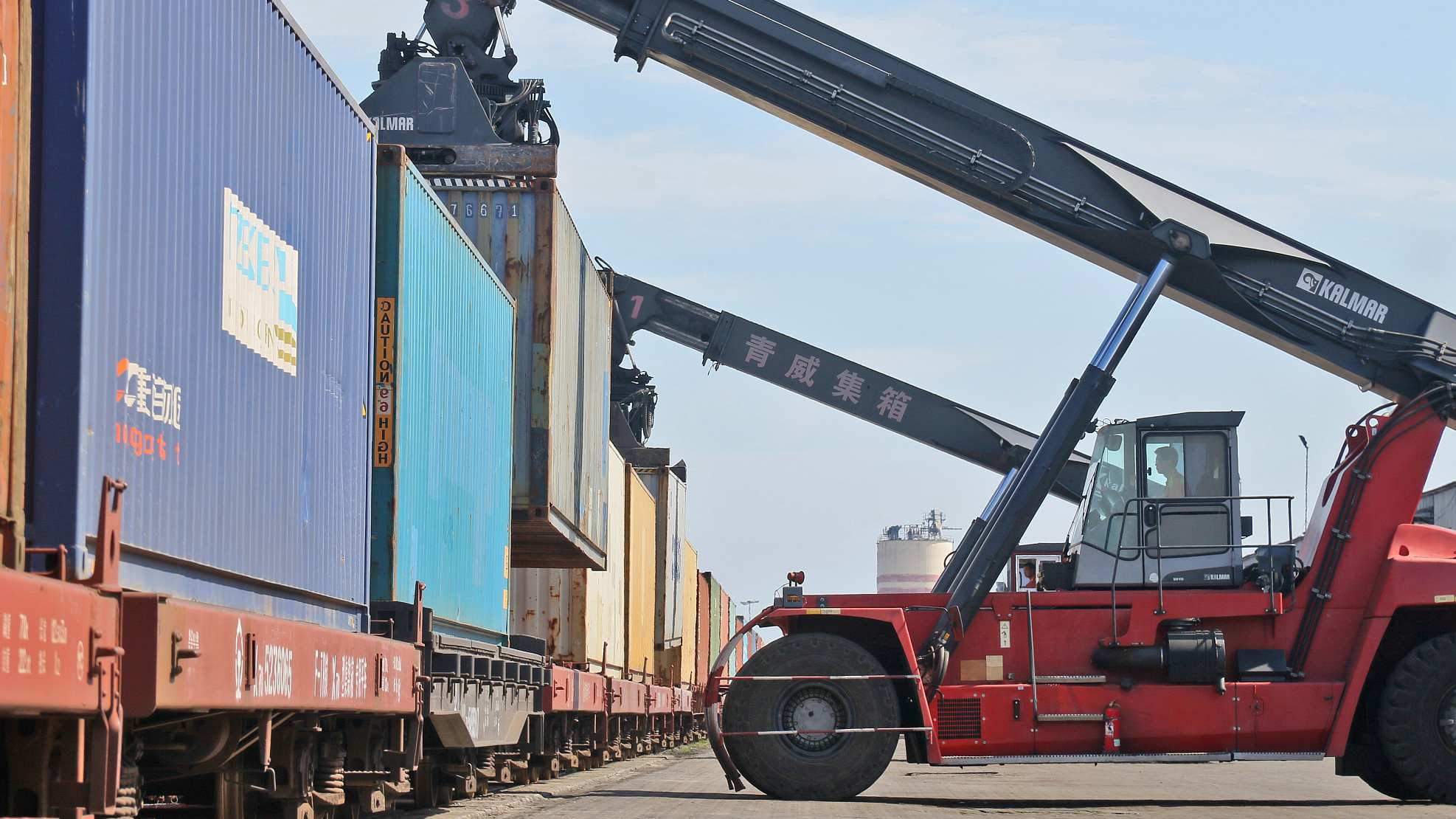 Editor's Note: Cheng Dawei is a professor at School of Economics, Renmin University of China. The article reflects the author's opinion, and not necessarily the views of CGTN.

This year marks the fifth anniversary of the China-proposed Belt and Road Initiative (BRI). This makes me think back to 2016 when I traveled to Kazakhstan to research the BRI and visit some Chinese and local enterprises. Kazakhstan has an abundance of agricultural and mineral resources but correspondingly weak industries.

Investments for the processing of agricultural goods provided by Chinese enterprises enable local industries to turn a profit (e.g., processing tomatoes into ketchup). Kazakhstan seemed to maintain a skeptical view of China's intentions with the BRI. However, when China renegotiated the BRI with Kazakhstan from the perspective of industrialization, it was accepted. After concluding my field research in Kazakhstan and returning to China, I tried to analyze the BRI's regional industrial chain.

Most countries along the BRI are developing countries, of which a large portion do not enjoy the benefits of globalization and are in dire need of joining a global value chain.

However, globalization has provided an opportunity for China to participate in the international division of labor, enabling a portion of the industry to gradually ascend the value chains and become increasingly competitive.

Firstly, value chains based in developing countries can gradually achieve the effective allocation of resources only in specific regions because of limited capital size, technical capabilities, and system quality. These chains are not yet able to drive global production networks. Therefore, value chains based in developing countries exhibit regional characteristics.

The more developed and prominent industries in global value chains are the automobile and electronics industries, the main features of which are (1) that the two ends of the smiling curve are controlled by developed countries and their enterprises; (2) that although the division of labor within these industries is complex, their technical specifications are unified and they have established modular production systems; and (3) that they are part of long value chains comprising many enterprises.

Thirdly, a common objective of developing countries is to enhance industrialization and promote economic development. A study indicated that the time of employing import substitution strategies to realize industrialization has passed.

Fourthly, the purpose of value chains based in developing countries is to promote development. Currently, global value chains distribute interest unevenly; the smile curves shift from fairly flat (interest is distributed evenly along the value chain) to U-shaped (uneven distribution of interest).

According to the aforementioned second feature, developing countries that seek opportunities to establish value chains based around industries involved in relatively short value chains can prevent the rapid formation of U-shaped value chains, thereby guaranteeing even distribution of interest over a specific period to achieve mutual development objectives.

Since China's introduction of the BRI, various projects have been launched involving the energy, infrastructure, and agriculture industries. These industries highlight the factor endowment competitiveness and industrialization potential of developing countries. Whether China can assist developing countries in joining value chains through the incentives provided by the BRI remains to be seen. But China's BRI generates a new policy spillover effect.

Hopefully, BRI countries can fulfill their dreams of industrialization in the near future.