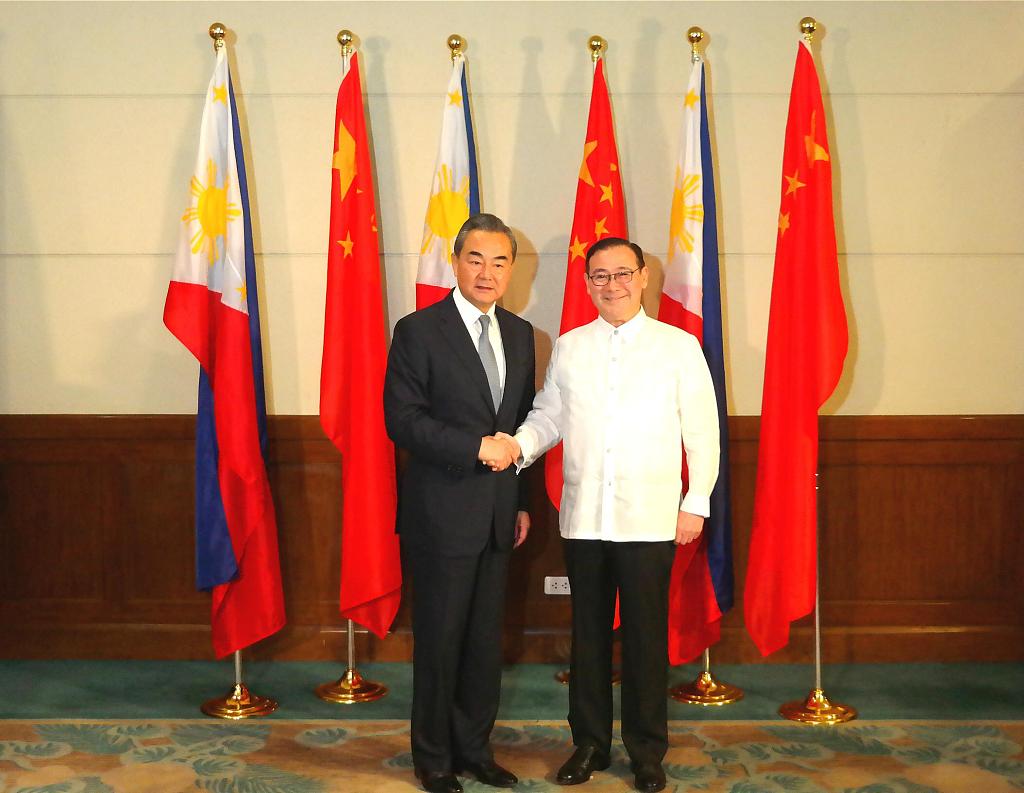 “The relationship between China and the Philippines is very important for the Philippines”, said Arroyo, adding that cooperation between the two countries in various areas has brought benefits to both peoples.

Impressed by China’s achievements in development during the last four decades since reform and opening up, Arroyo used the word “breathtaking” to describe China’s transformation.

Rather than a competitor, China has proven to be a partner in development. It is a market for developing countries, a donor, a provider of capital and technology, said Arroyo, recalling her years as an official in the Philippine Department of Trade and Industry when she wondered if China would become the Philippines’ chief competitor in the world market.

There is much for the Philippines to learn from China on national governance and development, expressed Arroyo, citing that China has applied four principles in governing the country, such as long term planning, strong discipline in implementing strategies while eyeing the collective good, the use of state-of-the-art technology, and strengthening in infrastructure.

Arroyo expressed that China’s development has had a positive influence on regional development, and that she is glad to see the pragmatic cooperation between China and the Philippines is benefiting the two peoples.

Infrastructure will be very important for the Philippines in the coming years, and there is no country in the world that matches China's recent track record and capability in this area, Arroyo told People’s Daily.

She explained that the development of the world economy requires not only trade and investment, but also good infrastructure.

Under the framework of the Belt and Road Initiative, China and the Philippines enjoy broad prospects for bilateral cooperation, Arroyo pointed out, adding that nothing builds mutual trust and cooperation better than having actual projects that can be worked on jointly.

She expressed hope that more Filipinos join the efforts to promote Philippines-China people-to-people exchanges, and those who up to now have only heard of the tremendous economic progress of China could have the opportunity to actually visit China and see for themselves the result of China’s economic miracle in past 40 years.