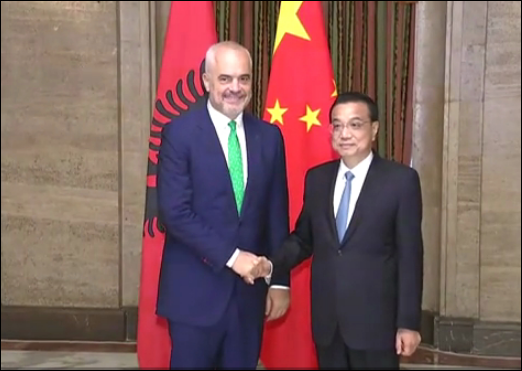 Visiting Chinese Premier met his counterparts from Estonia and Albania on the sidelines of the seventh leaders' meeting of China and 16 Central and Eastern European countries in the Bulgarian capital of Sofia on Friday.

Premier Li told his Estonian counterpart Juri Ratas that China welcomes Estonia's participation in China's Belt and Road Initiative and the building of China-Europe freight train. The two countries have made achievements in cooperation regarding energy, innovation, e-commerce, and should deepen cooperation in cultural and people-to-people exchanges, Li said.

He also congratulated Estonia on its 100th anniversary of independence.

Ratas echoed Li's remarks, saying his country is looking forward to more cooperation under the Belt and Road Initiative, and that he hopes China could open market to more Estonian agricultural products.