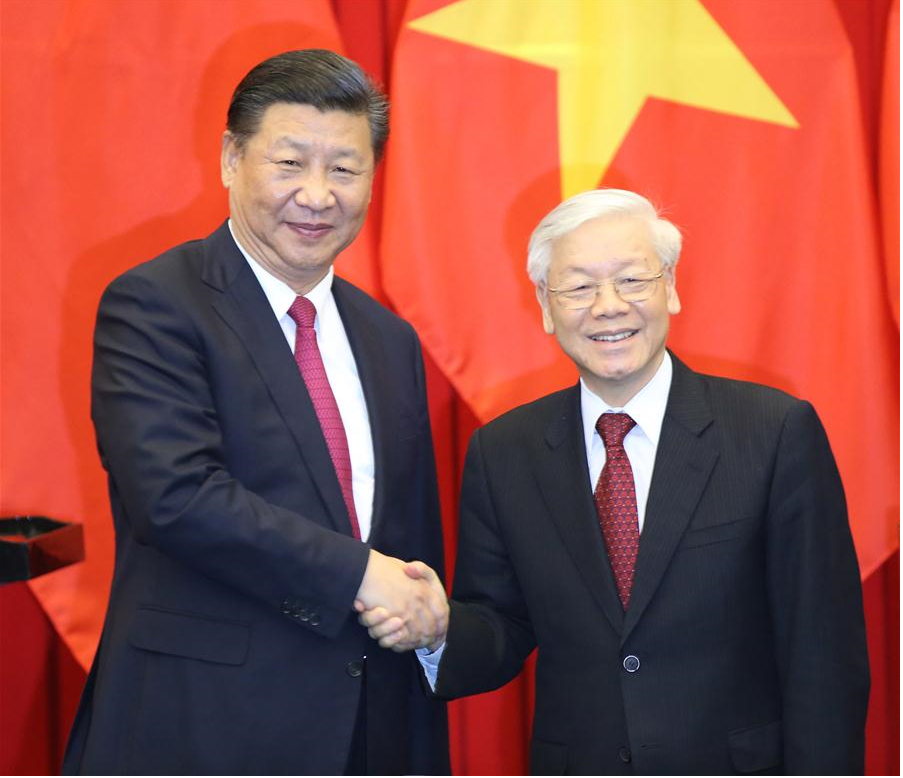 Chinese President Xi Jinping, also general secretary of the Communist Party of China Central Committee, and Nguyen Phu Trong, general secretary of the Communist Party of Vietnam Central Committee, witness the signing of a memorandum of understanding on joint implementation of the Belt and Road Initiative and Vietnam's "Two Corridors and One Economic Circle" plan, as well as a series of cooperation documents in such areas as industrial capacity, energy, cross-border economic cooperation zone, e-commerce, human resources, economy and trade, finance, culture, health, media, social science, and border defense, after their talks in Hanoi, Vietnam, Nov. 12, 2017. Photo: Xinhua

The palace, occupying an area of 13,800 square meters, is a signature China-sponsored project in Vietnam.

When Xi, also general secretary of the Communist Party of China Central Committee, arrived at the palace, he was greeted by Vietnamese National Assembly Chairwoman Nguyen Thi Kim Ngan, at the entrance and welcomed by representatives of Chinese enterprises and Vietnamese young people.

Xi presented a "golden key" to Ngan after they watched a video introducing the palace.

Xi and Ngan also inaugurated the Hanoi China culture center which will operate in the Palace.