BEIJING, Sept. 18 (Xinhua) -- Chinese President Xi Jinping met here Tuesday with his Estonian counterpart Kersti Kaljulaid, who is in China to attend the Summer Davos Forum in the northern port city of Tianjin. 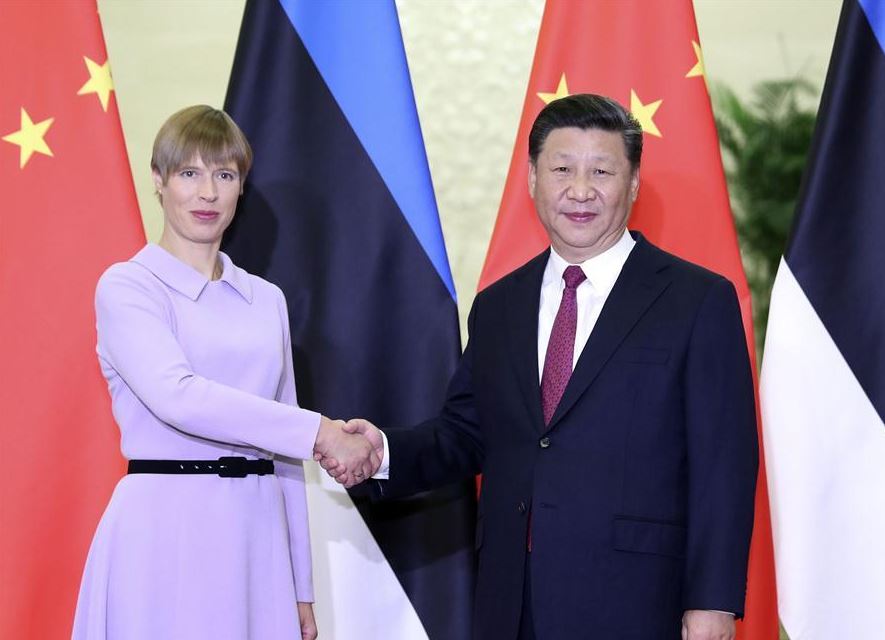 Chinese President Xi Jinping meets with his Estonian counterpart Kersti Kaljulaid at the Great Hall of the People in Beijing, capital of China, Sept. 18, 2018. Kersti Kaljulaid is in China to attend the Summer Davos Forum in the northern port city of Tianjin. (Photo: Xinhua)

"Each country, regardless of its size, has its own merits and is an equal member of the international community," said Xi, calling for abandoning the "law of the jungle."

Hailing Estonia as a country with a good geographical location, Xi said the ecological environment, green agriculture and digital economy of Estonia are unique, and the country actively participates in international affairs.

China hopes to work with Estonia to promote bilateral ties on the basis of mutual respect and equal treatment, Xi said.

He said China supports the European integration and is willing to work with the European side to maintain multilateralism, oppose unilateralism and build an open world economy.

He also said China is ready to strengthen cooperation with the Estonian side within the framework of Central and Eastern Europe and China cooperation.