A press communique was issued after the 18th Meeting of the Council of Heads of Member States of the Shanghai Cooperation Organization (SCO) held on Saturday and Sunday in the coastal city of Qingdao, east China's Shandong Province. 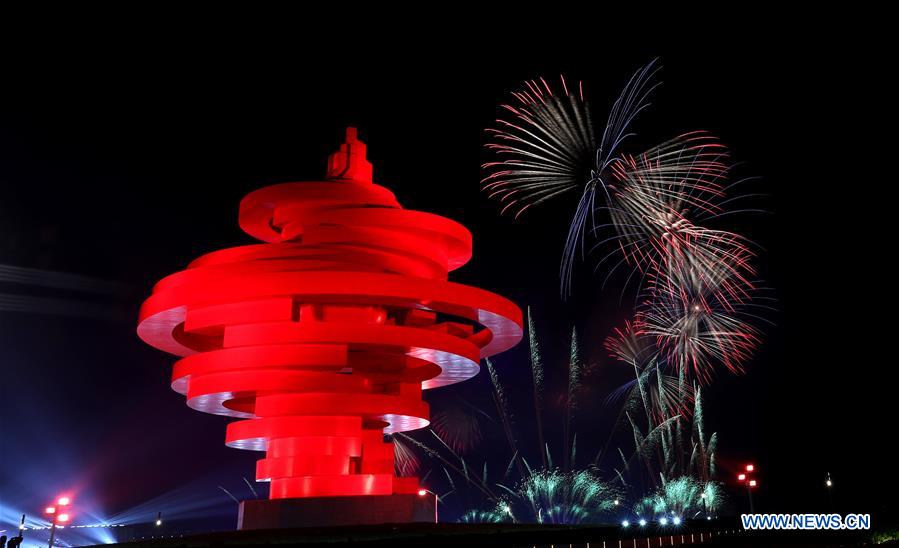 Member states emphasized that the SCO has seen continuously expanding potential for cooperation after the accession of India and Pakistan, and has become a unique, influential and authoritative regional organization, the communique said.

SCO members consistently support the mediation of conflicts in Afghanistan, Syria, the Middle East and the Korean Peninsula, as well as other regional conflicts under the frameworks of widely-acknowledged norms and principles of international law, it said.

The member states pointed out that it is very important to continue the implementation of the Iran nuclear deal, the document said.

The 2019-2021 program of cooperation for combating terrorism, separatism and extremism, approved at the summit, will further promote pragmatic cooperation among member states in this respect, it added.

Leaders of member states support a series of work on the education of youngsters to prevent them from participating in destructive activities. To that end, the summit passed a joint message from leaders of SCO members to young people, the document said.

In the communique, SCO member states also stressed the significance of improving the global economic governance system, consolidating and developing the multilateral trade mechanism with the World Trade Organization at its core, and building an open world economy.

Kazakhstan, Kyrgyzstan, Pakistan, Russia, Tajikistan and Uzbekistan reaffirmed their support for the China-proposed Belt and Road Initiative, it said.

Kyrgyzstan has taken over the SCO rotating presidency, and the 19th SCO summit will be held in Kyrgyzstan next year, the communique said.