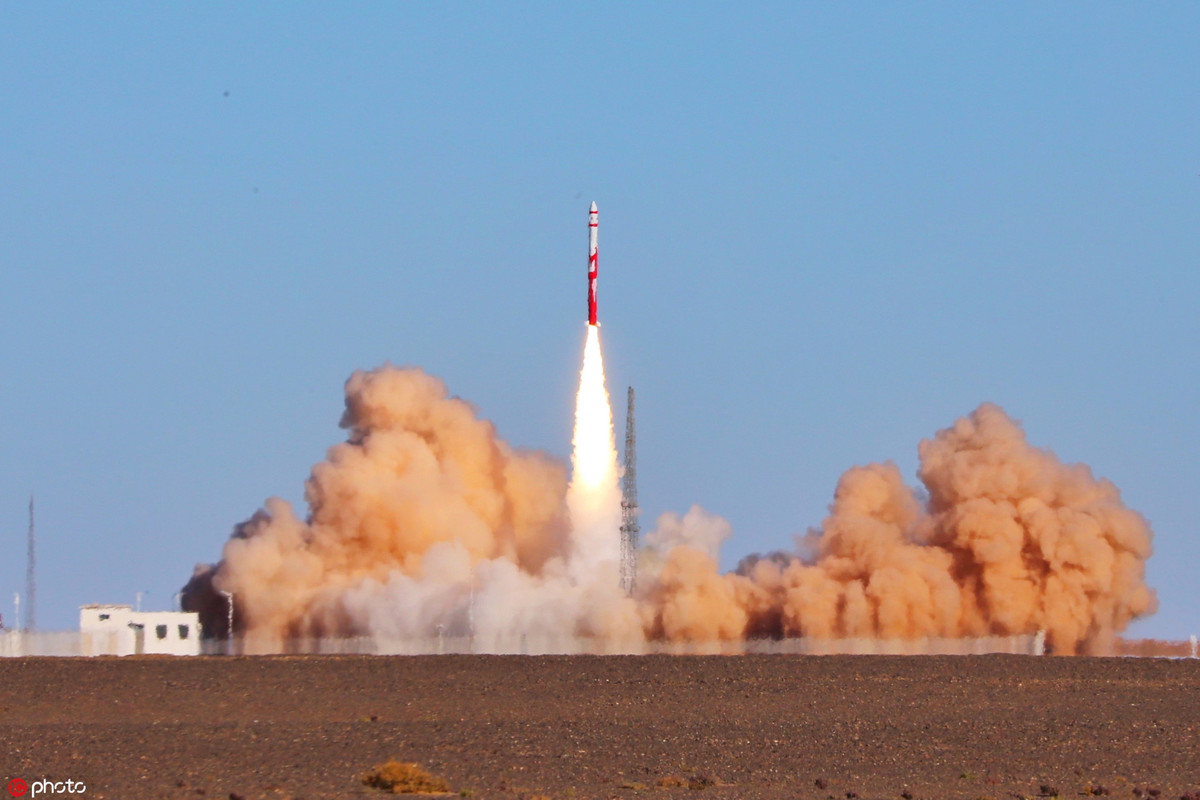 As China's private rocket enterprises strive to expand their presence in the Chinese space sector, they have also started tapping the international market.

LandSpace, a Beijing-based space startup and one of the leading private rocket makers in China, announced on Wednesday at the International Aviation and Space Salon 2019 in Russia that it has begun inviting payload partners from around the globe to consider using its ZQ 2 liquid-propellant, medium-lift carrier rocket.

Zhang Long, president of Land-Space, told China Daily on Wednesday at the air show near Moscow that foreign companies, research institutes and educational organizations are welcome to use the scheduled maiden flight of the ZQ 2 in 2021 to send their satellites or experimental payloads into space.

He said ZQ 2's debut mission will ferry several small satellites or payloads to a sun-synchronous orbit at an altitude of about 500 kilometers, noting some domestic and foreign firms have reached out to his company and expressed interest.

A rising star in the Chinese space industry, LandSpace brought scale models of several types of carrier rockets to the air show, also known as MAKS 2019, which runs from Tuesday to Sunday.

This is the first time the Chinese firm has taken part in an overseas air show. OneSpace, another rocket startup headquartered in Beijing, has attended two international expos since 2018 to promote its commercial launch services.

According to LandSpace, the 49.5-meter ZQ 2 will have a diameter of 3.35 meters－the same as that of most of China's Long March-series rockets－and a liftoff weight of 216 metric tons. It will be propelled by LandSpace's TQ-12 oxygen-methane rocket engines, the first of their kind in China.

Before LandSpace, only the United States' SpaceX and Blue Origin had begun development and testing of such engines.

The privately built ZQ 2 will be capable of placing 2-ton payloads into a sun-synchronous orbit of 500 km or 4-ton satellites to a low-Earth orbit at altitudes of 200 km.

Zhang Changwu, founder and CEO of LandSpace, told China Daily in May that his company "is focused on the development of the ZQ 2", calling it "the largest and most powerful carrier rocket designed and built by a Chinese private rocket company".

The founder said mass production of the TQ-12 engine and the ZQ 2 rocket "will begin later this year at our Huzhou plant", the first privately owned carrier rocket factory in China, and the largest of its kind in Asia.

The Huzhou facility in Zhejiang province will be able to produce about 15 ZQ 2 rockets and 200 TQ-12 engines annually starting in 2022, he said.