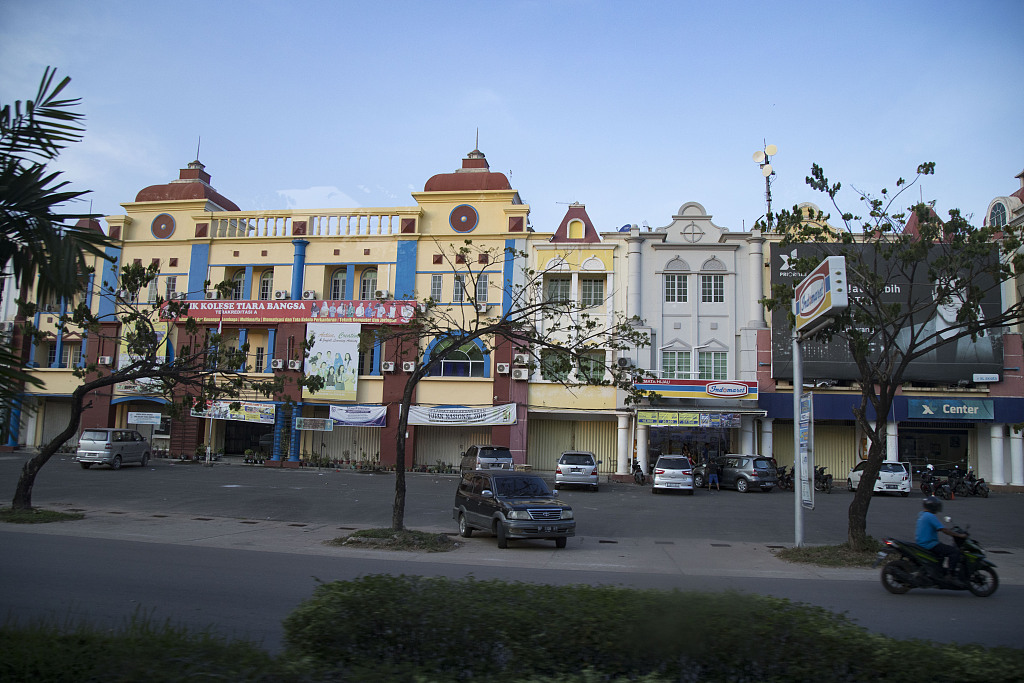 GUANGZHOU, Oct. 22 (Xinhua) -- Chinese teacher Xie Fang at a primary school in the city of Shunde, southern China's Guangdong Province, was excited that one of her former student from Indonesia has been admitted to the Beijing Language and Culture University.

The 19-year-old Indonesian boy Alvin Rizqi Adrian has fulfilled his dream to come to study in China with a scholarship provided by the Chinese government, Xie said.

Xie knew the boy five years ago when she was selected as a Chinese teacher to teach at the Budi Utama Three Languages National School, Yogyakarta, Indonesia.

The school, founded in 2006 by the local Chinese, teaches in three languages, including Indonesian, English and Chinese. Now, the school, which consists of a primary school, junior middle school and high school, has over 970 students, half of whom are of Chinese ancestry.

Xie was teaching listening and speaking classes during her one-year experience at the school.

"Most of the Indonesian children first started to learn Chinese after they enter primary school," said Xie. "But the textbooks from Singapore seemed relatively difficult for them at that time."

Then, Xie adapted the content of the textbook to help the Indonesian children learn Chinese in an easier and more interesting way.

Xie also introduced the origin, traditional food and customs of the traditional Chinese festivals to her students. Gradually, the Indonesian students started to become more fond of their Chinese teacher.

"More and more students came to communicate with me in Chinese, including those who were too shy to speak Chinese at the very beginning," Xie recalled.

Among her students in Indonesia, Alvin Rizqi Adrian impressed Xie a lot. "At that time, he was a junior middle school student. He was so interested in Chinese that he worked very hard to learn and practice," Xie said.

Xie recalled that Bapak Djawadi, founder of the Budi Utama Three Languages National School, told her that the reason he started the school was to help local Chinese children understand Chinese customs and virtues.

Since 2004, Guangdong has sent more than 1,000 Chinese teachers to more than 30 Chinese schools in 10 countries and regions, including Indonesia, Thailand, Madagascar, Jamaica, Mexico and Venezuela.

Among the above countries, Indonesia has the largest number of Chinese teachers dispatched from Guangdong. These teachers mainly work in the kindergartens, schools and universities founded by overseas Chinese for one to two years.

"Those days in Indonesia make me feel very warm. The local people have respect for Chinese teachers," Xie said.

Now, Xie still keeps in touch with her Indonesian students via the Internet. "If I had the opportunity to go to Indonesia to teach again, I would be very happy to see the children improve their Chinese proficiency gradually," Xie said.