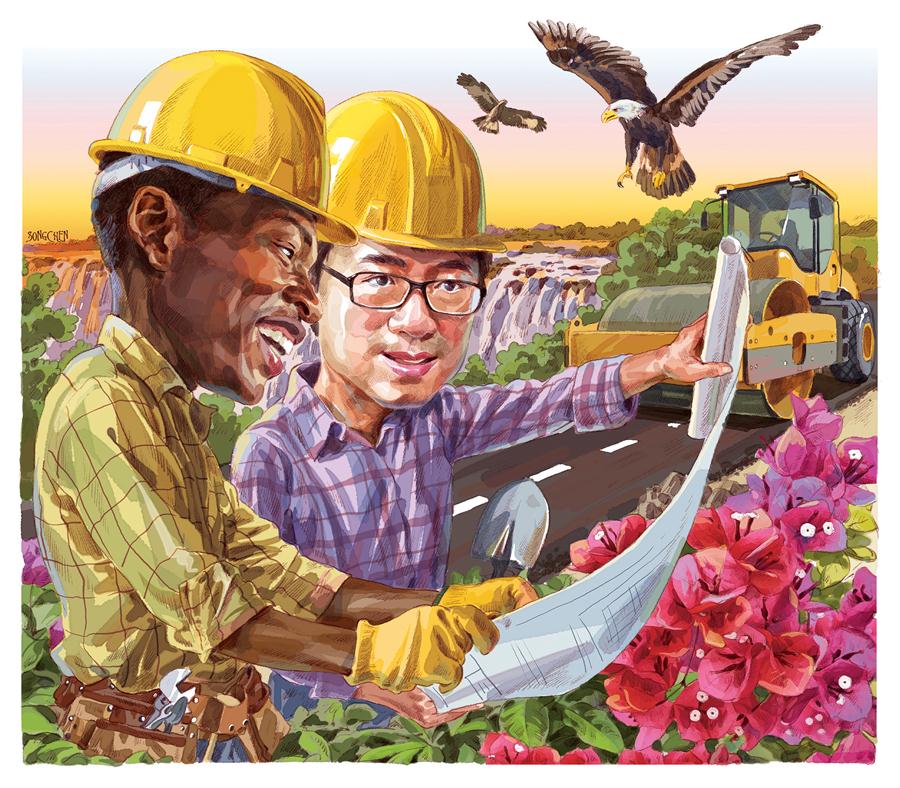 Developing countries have emerged as impressive forces with profound influence in international development cooperation, and China has become one of the major players in this field.

China began providing material assistance to the Democratic People's Republic of Korea and Vietnam in 1950. And in 1964, it announced the Eight Principles of Foreign Economic and Technical Assistance, featuring equality, mutual benefit and no conditions.

After the resumption of its legitimate seat in the United Nations in 1971, China established economic and technical cooperation with more developing countries, which helped build major infrastructure projects such as the Tanzania-Zambia Railway. With the launch of reform and opening-up in 1978, China's economic cooperation with other developing countries evolved from simple assistance to various forms of mutually beneficial cooperation.

In recent years, China has successively launched a series of pragmatic initiatives by, for example, rolling out 10 major China-Africa cooperation plans, establishing the South-South Cooperation and Development Institute, setting up the South-South Cooperation Assistance Fund and the China-United Nations Peace and Development Fund, and initiating the BRICS Economic and Technological Cooperation and Exchange Program, in order to contribute Chinese wisdom to such issues as poverty alleviation, disease prevention and control, climate change mitigation, capacity building and humanitarian assistance.

In the past seven decades, China has provided more than 400 billion yuan ($56.36 billion) of assistance to more than 160 countries and international organizations, trained more than 12 million people from developing countries, and implemented more than 5,000 foreign aid projects.

With the launch of the Belt and Road Initiative and the establishment of the Asian Infrastructure Investment Bank and BRICS New Development Bank, and especially with the founding of the China International Development Cooperation Agency in April 2018, China's international development cooperation has become more and more institutional and influential. Over 70 years, China's foreign aid has gradually transformed from relatively simple forms of capital and material support to diversified forms of assistance.

Since it was proposed six years ago, the Belt and Road Initiative has transformed from a blueprint to reality, and has been included in a UN document, receiving the endorsement and wide support of the international community. By May this year, 131 countries and 30 international organizations had signed cooperation documents with China on the initiative.

The Belt and Road Initiative fits perfectly well with the UN 2030 Agenda for Sustainable Development and the African Union's Agenda 2063, and has expanded South-South cooperation. The initiative has also helped many developing countries clear bottlenecks on growth, which could help them better integrate their markets with the global market.