BRI NEWS RCEP must be made a reality at earliest date

RCEP must be made a reality at earliest date 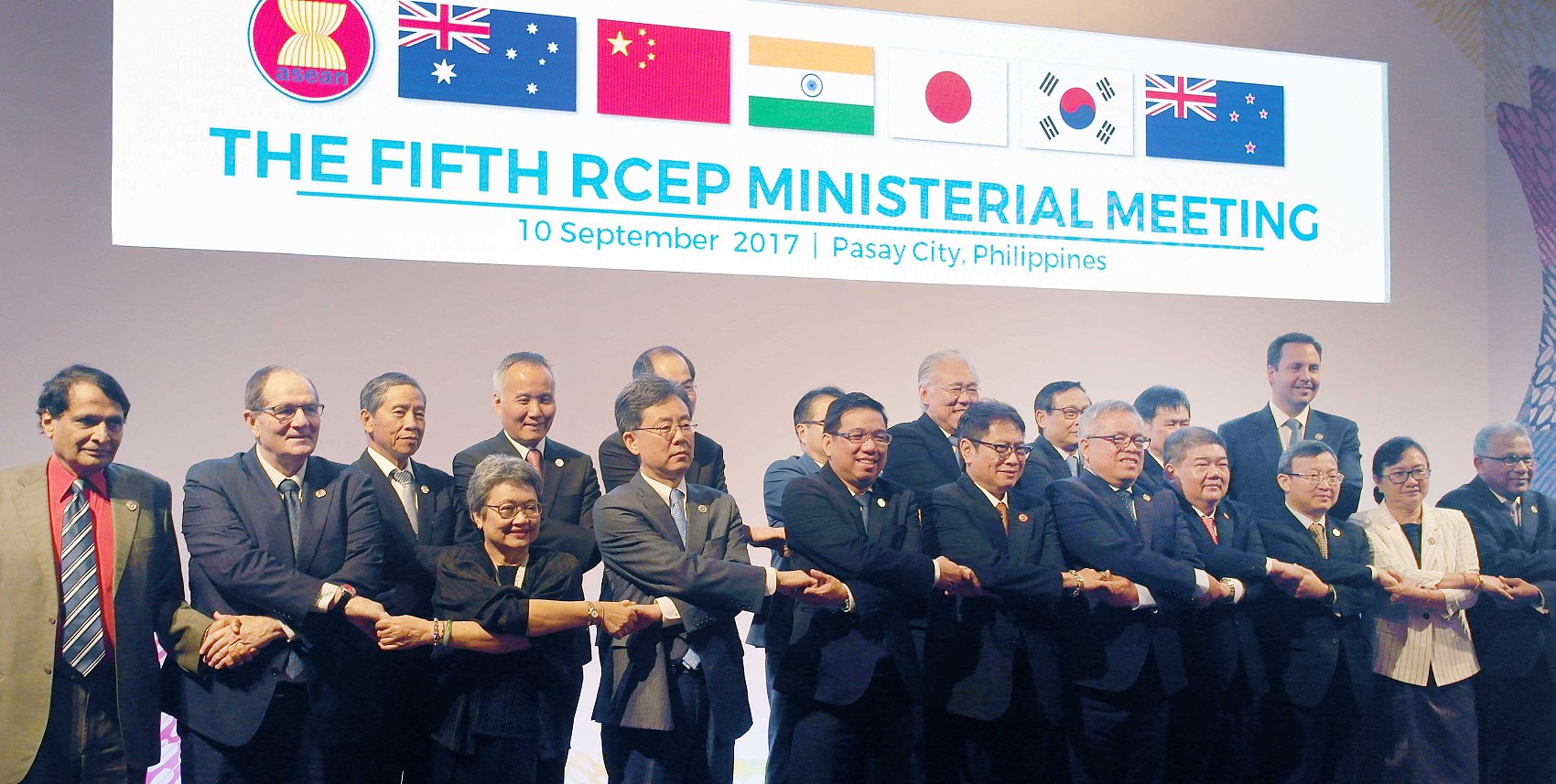 Five years have passed since the idea of the Regional Comprehensive Economic Partnership was first raised in 2012, but negotiations are yet to conclude on the mega-trade pact involving the 10 member states of the Association of Southeast Asian Nations and China, South Korea, Japan, Australia, New Zealand and India.

The first ever RCEP Summit, which was held in Manila on Tuesday, again highlighted the need to fast-track the negotiations to underscore the countries' commitments to free and open markets.

Few question the potential benefits to be reaped from the creation of the world's largest trade bloc and the positive role it can play in propelling global growth, given that it covers more than 3.5 billion people－almost half the world's population－and accounts for around one-third of the global economy and one-quarter of the world's exports.

And there have been "substantial outcomes" reached in the rounds of talks that have already taken place.

Yet the slow progress of the negotiations, due to a combination of technical hurdles and domestic politics, means a loss of development opportunities for the countries involved amid the fast-changing global economic landscape.

Economic integration and cooperation among the countries involved is all the more imperative given the rising protectionism in the region and beyond. According to the Pacific Economic Cooperation Council annual survey of opinion leaders released last week, rising protectionism is considered the top risk to growth in the Asia-Pacific region.

China, as a standard-bearer of global free trade and staunch supporter of the RCEP, has always advocated an inclusive regional free trade system, and has proposed the establishment of the Free Trade Area of the Asia-Pacific. At the APEC CEO meeting held in Da Nang, Vietnam, last week, President Xi Jinping called on regional leaders to make economic globalization "more open and inclusive, more balanced, more equitable and beneficial to all".

This position stands in sharp contrast with Japan, which has sought to turn the Trans-Pacific Partnership, though rendered flaccid after the United States' withdrawal, into a geopolitical tool designed to counter China's influence in the region.

To achieve sustainable economic prosperity, regional countries must seize the opportunities offered by China's Belt and Road Initiative and spare no effort to reduce trade barriers, unify standards and regulations to enable the smooth flow of goods across borders. China has already demonstrated its resolve to promote high-standard liberalization and facilitation of trade and investment, by pledging to significantly ease access to its market, further open up its service sector, and protect the legitimate rights and interests of foreign investors.

Other countries should do the same and work together to bring the RCEP into reality at an early date.