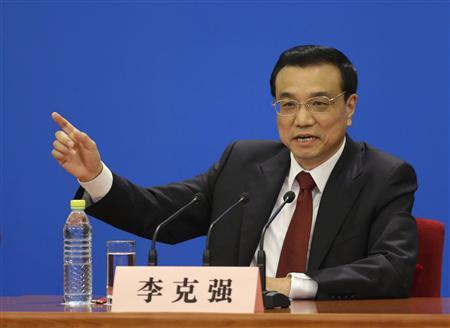 Cooperation in East Asia and regional economic partnership will be high on the agenda for Chinese Premier Li Keqiang's Philippines trip.

The premier left Beijing Sunday for an official visit to the country and a series of high-level regional meetings, including the 20th China-ASEAN (10+1) leaders' meeting, the 20th ASEAN-China, Japan and Republic of Korea (10+3) leaders' meeting and the 12th East Asia Summit, as well as the leaders' meeting on Regional Comprehensive Economic Partnership (RCEP).

Also, the next year marks the 15th anniversary of the China-ASEAN strategic partnership, and a new page is to be turned on relations between China and the 10-nation bloc.

Relations between China and ASEAN -- Brunei, Cambodia, Indonesia, Laos, Malaysia, Myanmar, the Philippines, Singapore, Thailand and Vietnam -- have grown in recent years, with trade reaching over 452 billion U.S. dollars in 2016.

The two sides have also worked on the Belt and Road Initiative for stronger regional connectivity and integration.

"China-ASEAN ties have developed into the most dynamic and enriched among ASEAN's relations with its dialogue partners," said Xu Bu, Chinese Ambassador to ASEAN.

China is expected to play a positive role in the upcoming RCEP talks, which will be the first leaders' meeting since its launch in 2012. RCEP is a free trade pact involving the 10 ASEAN members and six other countries -- China, India, Japan, South Korea, Australia and New Zealand.

By setting the theme of this year's meetings as "Partnering for Change, Engaging the World", ASEAN is sending signals of joining with its partners and pushing for further regional economic integration.

Upon establishment, the 16 RCEP participating countries will form a trade bloc with a population of three billion and some 30 percent of global trade, which will pave way for the building of the Free Trade Area of the Asia-Pacific.

"China has always been a firm supporter of economic globalization and free trade, as well as a participant and contributor to the RCEP negotiations," said Xu.

Meanwhile, as the first visit to the Philippines by a Chinese premier in 10 years, Li's trip is seen as an important move regarding bilateral ties.

During Li's stay, the premier will hold talks with Philippine President Rodrigo Duterte, and the leaders will exchange views on regional and international issues of common concern.

The two countries were expected to exchange views and sign cooperation documents on infrastructure, industrial zones and aid to the Philippines, to further promote bilateral comprehensive cooperation, according to the foreign ministry.