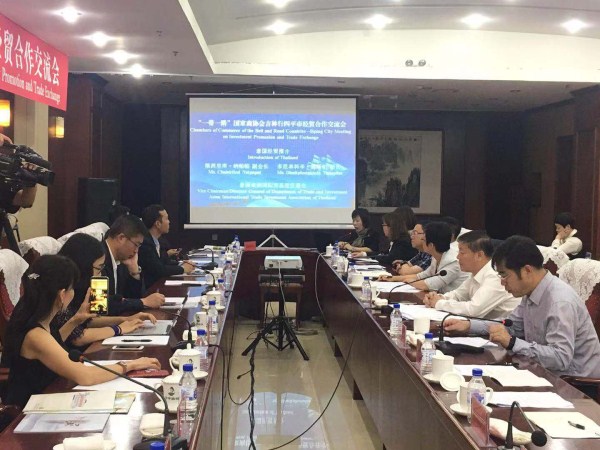 Representatives from members of the Chamber of the Belt and Road Countries and Siping city discuss cooperation in Siping, Jilin province, on Aug 30. (Photo: China Daily)

Representatives from members of the Chamber of the Belt and Road Countries visited Siping city in Northeast China’s Jilin province, on Aug 30, to promote their respective industries and seek business opportunities as well as boost ties.

Nearly 20 business representatives from such countries as Vietnam, Laos and Thailand participated in the event, discussing cooperation with local businesspeople.

The representatives briefed their local officials, dignitaries and businesspeople in their various sectors and voiced their ambitions to broaden cooperation.

Before the meeting, representatives from the countries visited a farming museum in Lishu county, the Siping planning library and a number of companies in Siping.

Officials said the event was aimed at deepening and broadening cooperation between countries involved in the Belt and Road Initiative and Jilin province. Foreign representatives have also promoted cooperation in the cities of Changchun and Meihekou.