Research into China's sovereign digital currency is delayed amid epidemic 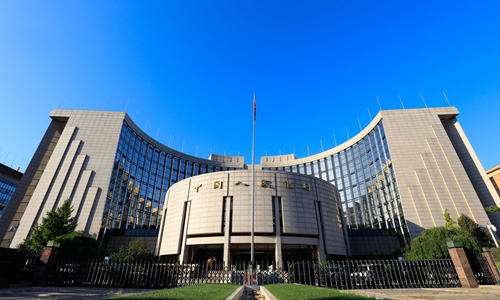 A view of the PBC's headquarters in Beijing. (Photo: cnsphoto)

China's research into its sovereign digital currency has been delayed from the first quarter due to the outbreak of the coronavirus, sources close to the matter told the Global Times.
But the launch will probably go ahead as planned as the country's central bank has the technological base, resources and abundant talent to catch up with the process, they noted.
The pilot run of the Digital Currency Electronic Payment (DCEP) will be carried out as scheduled this year, although central bank officials are still discussing the application scenarios under which the DCEP could circulate as genuine cash, sources said.
"The coronavirus outbreak has led to postponed work resumption in government institutions, including the People's Bank of China (PBC). Policymakers and research staff involved in the DCEP project are no exception, which weighs on the development process," a source close to the matter, who spoke on condition of anonymity, told the Global Times on Tuesday.
Shentu Qingchun, CEO of Shenzhen-based blockchain company BankLedger, involved in the launch of the DCEP, told the Global Times on Monday that he was informed that PBC was expected to make an important announcement during the first quarter.
"But there's only one month left. So chances that the announcement could be made on time are slim," Shentu said, refusing to disclose details.
But still, the PBC could make the launch as planned, industry insiders said. Some expect to see the DCEP make its debut in later 2020.
"The central bank has been preparing for the launch both technologically and theoretically for a long time. The technological roadmap has been laid out already," Cao Yin, vice director of the Advanced Research Institute of Blockchain under the Yangtze Delta Region Institute of Tsinghua University, told the Global Times on Tuesday.
He added that the central bank's digital currency team has enough research and development (R&D) employees to deal with a small lag in the research process.
In January, the PBC outlined its major tasks in 2020, including promoting the R&D for the new currency.
So far, the PBC has established another two research institutes specializing in digital currencies in Shenzhen, South China's Guangdong Province and Suzhou, East China's Jiangsu Province, in addition to its headquarters in Beijing.
"The research into the DCEP has achieved fruitful results," the anonymous insider said, describing the current research stage as a close to an end.
As of February 20, the central bank's research institute had applied for 65 patents involving digital currencies, while the PBC's institute of printing science and technology had applied for 22 patents, according to media reports.
Some analysts pointed out that patents involved in the launch of the DCEP, including issuance, circulation and recycling, have all been applied for, laying the foundation for future application.
Shentu predicted that due to the digital currency's advantage in reducing hand-to-hand contact among individuals, the outbreak of the coronavirus may give policymakers a reason to give more attention to the development of the DCEP.
"But that's not the main purpose of the digital currency," Shentu added.
On February 15, the Guangzhou branch of China's central bank said all used banknotes emanating from hospitals, wet markets and buses will be destroyed immediately to combat the COVID-19 crisis. Industry insiders said that it is likely that coronavirus could live on paper for some time.
By 2023, it is estimated that about 10 percent of Chinese cities will start using digital currency based on blockchain technology, according to an IDC report in February.