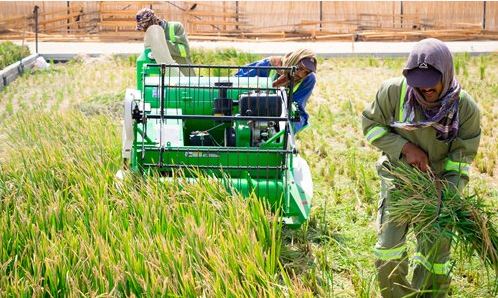 Driving southeast from Port of Jebel Ali, the urban glamor of Dubai gradually fades away and the landscape turns into vast expanses of saline-alkali soil and endless dunes. About an hour's drive later, six patches of green paddy fields suddenly appear. This is the Dubai base of the Qingdao Saline-Alkali Tolerant Rice Research and Development Center. Led by Chinese agronomist Yuan Longping, dubbed the "Father of Hybrid Rice," the project aims to grow rice in Dubai's desert and feed people in countries with large portions of saline-alkaline land.According to agreements between China and the United Arab Emirates (UAE), these crops could cover as much as 10 percent of Dubai's total land area and turn vast expanses of desert into human oasis.