BUCHAREST, May 8 (Xinhua) -- Romanian and Chinese companies signed on Wednesday the Investors Agreement in the preliminary form (PIA) regarding the continuation of the Cernavoda nuclear power plant Units 3 and 4 Project, marking a significant progress in bilateral cooperation under the framework of the Belt and Road Initiative. 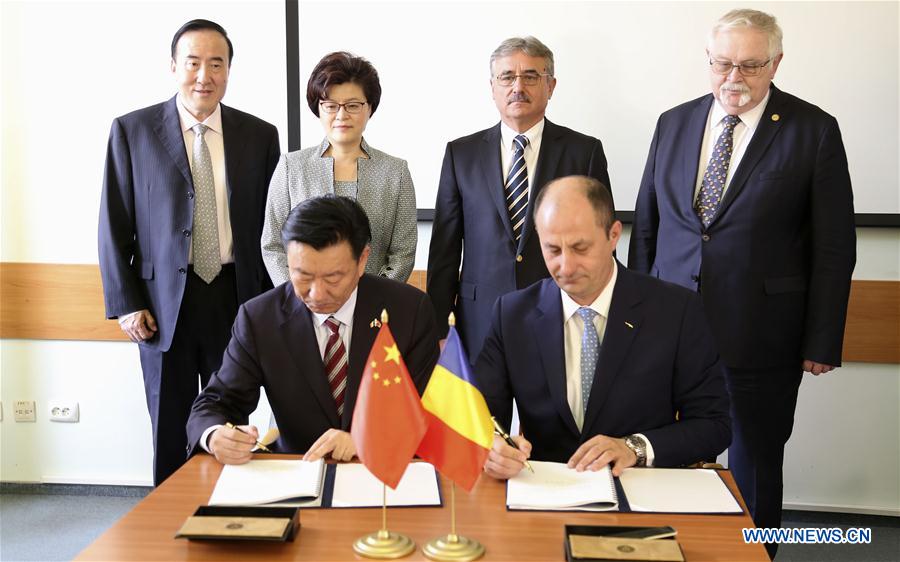 "New nuclear capabilities will play a key role in decarbonising electricity production in Romania and in the region," said the vice prime minister, stressing that the project will not only provide clean and safe energy for the future, but also up to 19,000 jobs.

"Reaching a consensus in the negotiation process, mutually advantageous for both parties...is in actuality the effective initiation of the concrete measures to continue and develop the Units 3 and 4 of the Cernavoda Nuclear Power Plant (NPP)," the Minister of Energy said after the signing ceremony.

Chinese Ambassador Jiang Yu said "cooperation in large projects is an important part of the construction of the Belt and Road and the highlight of the bilateral economic and trade cooperation."

She congratulated the two companies for making the substantial progress after years of efforts in the cooperation of nuclear power projects between the two countries.

"The Chinese government will work together with the Romanian government for the nuclear power project to start as soon as possible, setting a good example for pragmatic cooperation between the two countries," she added.

The signing of the agreement represents an essential stage of the selection process launched in 2014 from the technical and operational point of view.

The JVCO is a joint stock company, set up in compliance with local law and it will have an initial duration of two years.

Bian Shuming, general manager of the CGN Romania Nuclear Power Company, told Xinhua that the signing of the PIA marked a new stage of development for the bilateral cooperation. Going forward, CGN is fully committed to working closely together with its Romanian partner on the successful development of the next phases of the project in line with the agreed principles.

CGN signed a memorandum of understanding with Nuclearelectrica in November 2015 for the construction of two new units at the Cernavoda nuclear power plant in Romania, with an estimated investment of some $8 billion.

Cernavoda is home to two operating Candu reactors, units 1 and 2, and produces around 18 percent of the country's electricity. The doubling of the production capacity of the plant through the construction of two new units represents a major competitive advantage in the medium and long term, according to local analysts.