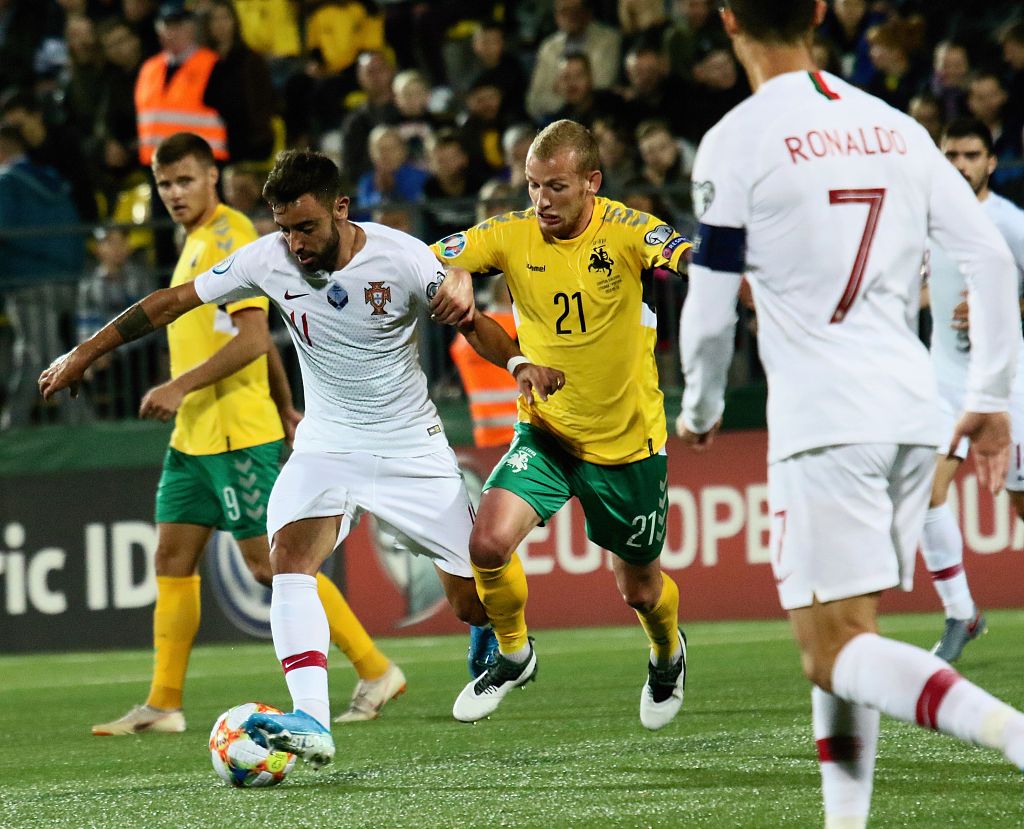 Ronaldo opened his account in the seventh minute with a penalty after Joao Felix had been fouled, though Vytautas Andriuskevicius leveled things up for the hosts in the 28th minute.

It was Portugal's second consecutive qualifying victory after they had beaten Serbia 4-2 on Saturday. Those wins have vaulted them to second place in the Group B standings, five points behind leaders Ukraine with one game in hand.

Portugal's next match is at home to Luxembourg on October 11.