The report, named "Navigating the Belt and Road Initiative," recognizes the benefits the BRI could bring to countries participating in related projects, and provides detailed policy recommendations.

While the dynamic economies of Asia consistently drive global growth, there is widespread recognition that a shortfall in infrastructure investment could put a damper on the region's prospects, the report said. 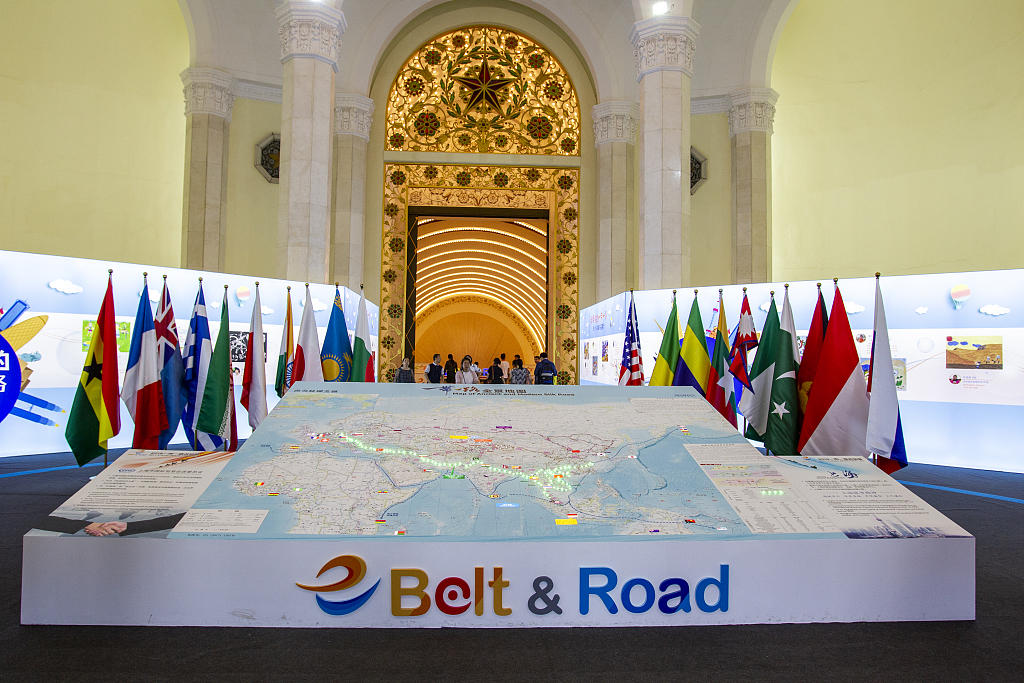 It cited the Asian Development Bank's finding that the region is spending only half of what is needed to maintain its current growth and to deal with pressing problems such as climate change, leaving an infrastructure financing gap of over 800 billion U.S. dollars a year.

The BRI, proposed in 2013, refers to the Silk Road Economic Belt and the 21st Century Maritime Silk Road, aimed at building a trade and infrastructure network connecting Asia with Europe, Africa and beyond.

The BRI raised the hopes that China would begin to fill that gap as it encompasses an estimated 1 trillion dollars in a patchwork of projects across more than 125 countries, the report said.

The report added that infrastructure investment on the scale offered by China is clearly welcomed in the developing world.

"Officials in developing countries point out that BRI projects are proposed, financed, and built far more quickly, and with fewer demands placed on host governments, than projects financed by international development banks or donor countries," it said.

The report based its research and analysis on five premises.

The BRI can help meet the immense demand for infrastructure development in Asia, which far exceeds what multilateral development banks, international donors, and national governments can provide, and the initiative is a long-term commitment, said the report.

In addition, the scale and scope of the BRI is such that even modest improvements in its procedures and standards could provide significant benefits to project host countries.

Moreover, Chinese initiatives often evolve into more carefully structured programs over time, through an extended trial-and-error process, which may allow for the adoption of improved procedures and standards.

It put forward 12 recommended practices that cover various stages in a BRI infrastructure project, outlining what implementation of the proposed practice would entail and then describing the expected benefits to China and project host countries.

For example, the report recommends establishing a BRI project preparation fund that would award grants and other support to BRI project applicant states, particularly less developed nations with resource and capacity constraints, to enable them to conduct or commission needs and feasibility analysis reports.

The benefits of setting up a fund, the report said, are that it would mitigate the host countries' lack of capacity or resources and expertise necessary to evaluate relevant costs, benefits, and the spectrum of environmental, social, and other risks.

The report added that employing a fund would yield projects that align with the countries' development goals, are fiscally sound and sustainable.

It would signal to public and private sector investors that the project is bankable and sustainable, the report added.

Other policy recommendations included developing a BRI FIDIC (International Federation of Consulting Engineers)-based "standard contract" with required, recommended, and optional provisions to better protect the legal rights and interests of the parties involved, and expanding and improving the use of local labor and businesses, including through "up-skilling" programs, to generate community buy-in for projects and reduce problems and risks, among others.

Founded in 1956, the ASPI is a think-and-do tank committed to advancing inclusive and effective policymaking for Asia and the world.