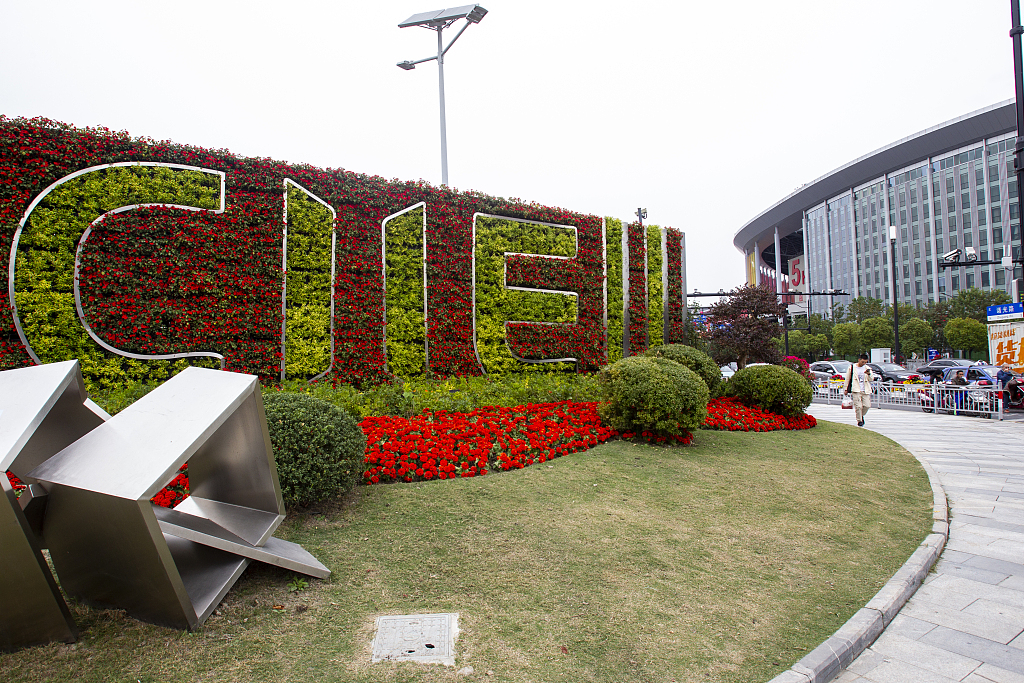 PHNOM PENH, Oct. 28 (Xinhua) -- Cambodian fragrant rice will be the kingdom's main product to be exhibited at the second China International Import Expo (CIIE) in Shanghai early next month, a commerce spokesman and a rice chief said.

"It will be a golden opportunity to showcase our potential products, not only to Chinese consumers, but also to international buyers and exhibitors at the expo," Cambodian Ministry of Commerce Under Secretary of State and Spokesman Seang Thay told Xinhua.

He said Cambodia has erected a Khmer-style national pavilion, along with booths at the expo, in order to exhibit the country's potential products and services.

"Rice is our main product, and the Cambodia Rice Federation will display the varieties of rice at the expo," he said.

The spokesman added that other agricultural products such as cassava starch, corn, yellow bananas, mangos, cashew nuts, and pepper will also be displayed at the event.

"We believe that through the expo, there will be bigger market access for our products, and our potential products will be better known on the international market," he said.

Seang Thay said the CIIE will also be an opportunity for Cambodia to further promote trade and investment relations with China and other participating countries.

According to the spokesman, Cambodian Minister of Commerce Pan Sorasak will lead a delegation to attend the expo, which will be held on Nov. 5-10 in Shanghai.

Song Saran, president of the Cambodia Rice Federation, who will lead 13 local rice exporters to join the expo, said the kingdom will grasp the opportunity of the upcoming CIIE to promote its best quality rice to the Chinese and international markets.

The kingdom exported 157,793 tons of rice to China during the first nine months of this year, up 44 percent over the same period last year, Saran said, adding that the export to China accounted for 39.6 percent of the country's total rice export.

China has become the top buyer of Cambodian rice. Saran said Cambodian rice has been popular in China for the last five years thanks to its good quality and delicious flavor.