Recently, US lawmakers and an Australian think tank have been sparing no effort on hyping up the so-called forced labor conspiracy in Northwest China's Xinjiang Uygur Autonomous Region and pushing for a bill to limit US imports from Xinjiang.
To refute these rumors, the Global Times visited more than 70 companies and private workshops in four prefectures in southern Xinjiang and found that accusations of forced labor in China are totally false. The smear campaign launched by these anti-China forces could further undermine the livelihoods of the Uygurs and some other residents in Xinjiang who are currently living in poverty.
Experts said that US politicians' efforts in pushing sanctions on China over so-called forced labor in Xinjiang aims to contain China in the backdrop of the US-initiated trade war with China, and they also want to promote a decoupling of trade ties between China and the US to thwart possible restrictions in future strategic confrontations.
Following a report in late February from the Australian Strategic Policy Institute (ASPI), which claimed China is forcing at least 80,000 people from ethnic minority groups in Xinjiang to work in factories, on March 11, the US Congressional-Executive Commission on China (CECC) released a report stating that forced labor inside and outside of Xinjiang's vocational education and training centers is "systematic repression" of minority groups.
Echoing the two reports, many US lawmakers and politicians are pushing a bill in the last week to implement stringent limits on imports from Xinjiang.
However, Global Times reporters conducted a research into more than 70 companies, cooperatives and private workshops in Kashi, Hotan, Kizilsu Kirgiz Autonomous Prefecture and Aksu in southern Xinjiang and had conversations with many residents in the region to collect information on the current employment situation. No evidence of forced labor has been found throughout the joint research project, and employees' rights and interests have been protected in accordance with laws and regulations.
The Global Times had contacted companies, including Foxconn, Apple and Volkswagen Group, which had been implicated in "forced labor" reports by Western media. They denied forced labor practices occurring in their companies and Uyghur employees have expressed hope to extend their contracts.
The Global Times also found that the World Uyghur Congress, a US-backed regime change network seeking the fall of China, and its global offshoots have played a significant role in hyping the "forced labor" narrative in the media. Members of these organizations have been busy lobbying US politicians to impose sanctions on China.
Rushan Abbas, head of the Campaign for Uyghurs affiliated to the WUC who also worked for several US intelligence agencies, disclosed on her Twitter account that she participated in the panel of the CEEC.
At a press conference on Monday, Eljan Anayti, spokesperson of the Xinjiang regional government, rejected the report issued by ASPI as a smear campaign against Xinjiang and said the report was full of unfounded claims and fabricated stories.
Eljan also noted that ASPI has long been receiving funds from the US government and US-based arms dealers, and it deliberately smears, vilifies and demonizes China for its investors' benefits.
The ASPI's intentional interpretation of the cross-provincial employments of people's own free wills as "forced labor" is a most absurd tale. Eljan asked, "So can we take it for granted that the people in Australia and America are forced to labor and find jobs in different state and region within the country?"
Unfounded accusations
All companies contacted by the Global Times stated that there was no forced labor occurring in their factories and that the jobs financially help Uygur workers and their families.
"At no time has Foxconn ever had employees in its workforce anywhere who haven't voluntarily joined our firm. Any allegations to the contrary are categorically false," Foxconn Technology Group, a major supplier for Apple Inc, said in a statement sent to the Global Times.
It added that all workers at Foxconn are recruited openly, compensated fairly and compliant with all relevant laws and regulations.
When asked to comment on the report on Thursday, an Apple spokesperson referred to a statement previously given to the US media: "Apple is dedicated to ensuring that everyone in our supply chain is treated with the dignity and respect they deserve. We have not seen this report but we work closely with all our suppliers to ensure our high standards are upheld." Apple also said that the company interviews numerous employees during annual assessments in their ethnic languages without managers present to ensure the workers receive training and are aware of proper channels to voice concerns.
German carmaker Volkswagen Group also denied "any human rights violations" at a plant in Urumqi for its China joint venture SAIC Volkswagen, to which employees come from "a number of different ethnic backgrounds." 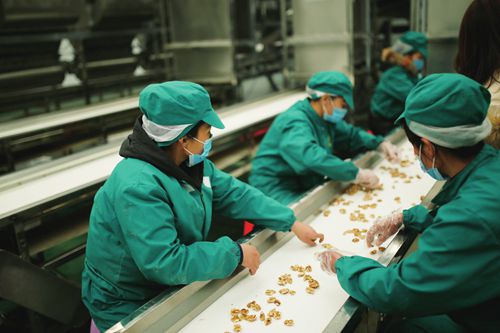 "We are convinced that availability of jobs for all ethnic minorities will improve the social environment in the Urumqi region," the company said in a statement sent to the Global Times.
Yidong Electronics Technology Co, which was also accused of working with suppliers that use forced Uyghur labor, said that it has conducted investigations within its factories.
"Findings of the investigation show that… neither local organizations nor [the supplier] has ever forced workers to do anything against their will," the company said in a statement, adding that the supplier employed 100 Uygur workers.
"Such accusations against [the supplier]… is extremely irresponsible," the company said.
After getting consent from its employees, Yidong Electronics Technology Co showed the Global Times various workers' contracts, screenshots of payment slips and photos of employees joining in team-building exercises, including seeing movies, going for picnics and participating in art performances.
During the coronavirus epidemic, the company asked all employees to go into quarantine. In a screenshot from a group conversation among employees, an employee named Guli was asked whether she would go back to Xinjiang when her contract expires, and she said that many people want to extend their contracts and they don't want to leave.
Employment transfers alleviating poverty
What is "forced labor"? According to the International Labor Organization, forced labor refers to all involuntary work or service exacted under the menace of a penalty or against one's own will.
According to the survey in Xinjiang, the Global Times found that residents in the region, especially in southern Xinjiang which has long been poverty stricken, have a strong desire to be employed to bring themselves out of poverty.
Due to the harsh natural conditions, monotonous industries, lack of arable farming land and poor vocational skills of locals, many places, especially in southern Xinjiang, have been plagued by poverty. Transferring surplus labor in villages has been a focus for southern Xinjiang authorities to help with local poverty alleviation work.
According to data obtained from the Xinjiang authorities, southern Xinjiang has transferred 151,000 surplus labor from poverty-stricken families with 14,700 working in inland provinces. They mainly work in garment factories, electronics, food and catering services. The average monthly salary is above 3,500 yuan ($500) and many are paid 6,000 to 7,000 yuan a month. 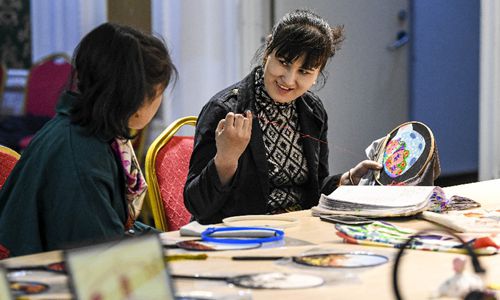 Experts from Xinjiang said transferring employees to other more dynamic cities in China meet Xinjiang residents' demands - some of them want to broaden their horizons and learn more vocational skills; some see more job opportunities and better salaries.
Officials in Xinjiang said that local governments provide services for transferring labor, and local residents voluntarily sign up for these. It is not a compulsory measure. Although various places have differing minimum salaries due to the level of economic development, workers' rights and interests have been protected, including daily shifts of no more than eight hours, insurance and paid monthly salaries.
To sanction China
The smear campaign by US politicians and media outlets has already undermined and could further undermine the livelihood of Uygurs and other residents in Xinjiang who are currently living in poverty, said a manager of a Xinjiang-based textile company who only gave his surname as Zhang.
After a Wall Street Journal report last year claiming that his company had used forced labor, it has lost all orders from the US and Europe, Zhang told the Global Times on Thursday.
"The Americans are terrible… There are no more export orders from the US and Europe in all of Xinjiang," he said.
Zhang said that his company hires 1,700 employees, of whom 99 percent are from ethnic minorities and are compensated well above the minimum wage in Xinjiang, enjoy social security and other benefits. The company plans to lift nearly 600 ethnic minority families out of poverty this year alone.
In response to a joint statement issued by five US trade associations on their concerns over the "forced labor" issue in Xinjiang last week, experts said that it does not represent the views of all member companies and using business to interfere with China's domestic affairs may affect these companies' business in China.
"Usually, associations need to represent the entrepreneurs to lobby the government for certain interests, like lowering tariffs. But the US trade associations have been abducted by a certain small group of people regardless of its members' interests and the actual facts in Xinjiang. Many US companies will also be affected by the statement," Lu Zhenwang, founder of Shanghai Wanqing Commerce Consulting, told the Global Times.
"If these trade associations really care about the truth or workers' rights in Xinjiang, they could conduct surveys in factories in Xinjiang and other places in China and they will easily find such accusations against China are fabricated. I went to many factories in Xinjiang where workers of ethnic groups are living a life that is no different to others around the world," Tian Yun, vice director of the Beijing Economic Operation Association, told the Global Times.
"Using businesses to interfere with China's domestic affairs is not an unusual move for the US and it will use these tactics again and again in the future," Tian said. "One of their aims is to decouple trade ties between China and the US."
Chinese companies should make preparations in advance - including shifting to domestic markets and developing new markets, Tian suggested.
"It is well known that poverty alleviation and eliminating hunger are primary targets for the UN's millennium project. The main reason for Donald Trump winning the US election in 2016 was his promise of increasing employment," Gu Liyan, a research fellow from the Xinjiang Development and Research Center, told the Global Times.