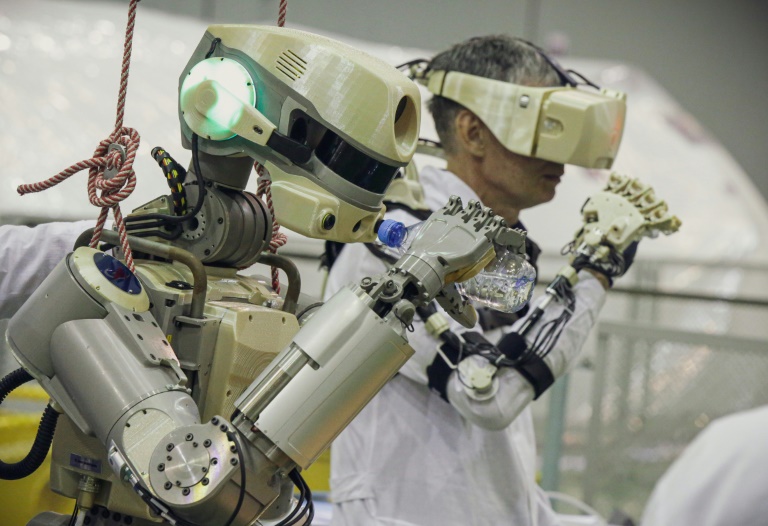 Named Fedor, the robot is the first ever sent up by Russia.  (Photo: AFP)

The 180-cm tall Skybot F-850 humanoid robot weighing 160 kilos is meant to be tested for capacities to perform hazardous tasks onboard the ISS including during spacewalks, a Roscosmos statement said.

The carrier rocket took off at 6:38 a.m. Moscow time (0338 GMT) from the Baikonur cosmodrome in Kazakhstan.

The docking of the Soyuz MS-14 spacecraft with the ISS is scheduled for 8:30 a.m. Moscow time (0530 GMT) on Saturday, the statement said.

The humanoid robot Skybot F-850 nicknamed Fedor was created by the Androidnaya Technika company in cooperation with the Foundation for Advanced Research Projects of the Russian Emergencies Ministry.

After the docking of the Soyuz with the ISS, it will be transferred from the ship to the Russian segment of the station, where several tasks will be performed under the control of Russian cosmonaut Alexander Skvortsov.

The robot will stay in orbit for two weeks before returning to Earth in early September, Roscosmos said.This will be a test for the Soyuz-2.1a launch vehicle, which was previously used to launch cargo ships and various spacecraft into orbit.

The Soyuz-2.1a is replacing the Soyuz-FG launch vehicle, which since 2002 has been delivering international crews to the ISS, it said.