MOSCOW, February 12. /TASS/. During a briefing on Wednesday, Russian Foreign Ministry Spokeswoman Maria Zakharova has called on the Western media to refrain from publishing fake reports on the outbreak of novel coronavirus in China. 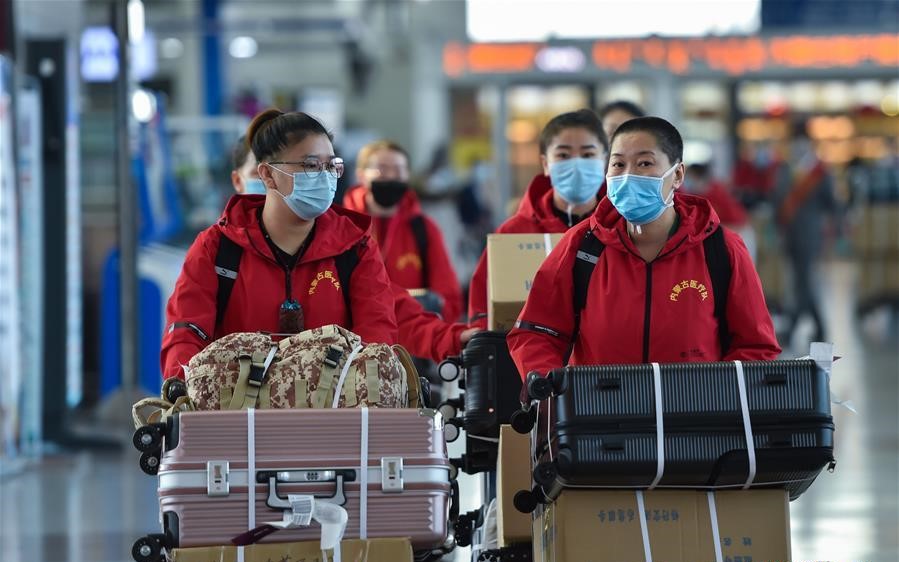 "Having read today’s media reports, having monitored the messages of Western news agencies and TV channels, I am simply horrified by what is published on the territory of states that consider themselves civilized, profess the high ideals of democracy and defend human rights on international platforms," the diplomat said. "I have never seen such direct mockery of China and the Chinese nation by the authors of numerous publications who use disinformation and fake news with no consideration for the country and its people faced with an outbreak of a new virus."

"I suppose, it is useless to call for honesty, morality and decency in the modern world," Zakharova lamented. "It is necessary to reconsider and reread everything that was signed and declared within the walls of the UN its entities," the Russian diplomat stressed. "One should not simply bring up these principles during political sessions, one should live by them. If the country and its people are going through such an ordeal, it would be right to show compassion."

On December 31, Chinese authorities informed the World Health Organization (WHO) about an outbreak of an unknown pneumonia in the city of Wuhan - a large trade and industrial center in central China populated by 11 million people. The source of the outbreak is the COVID-19 coronavirus. The disease spread to 24 more countries apart from China - Australia, Belgium, Cambodia, Canada, Finland, France, Germany, Japan, India, Italy, Malaysia, Nepal, the Philippines, Russia, Singapore, South Korea, Spain, Sri Lanka, Sweden, Thailand, the United Arab Emirates, the United Kingdom, the United States and Vietnam. WHO declared the coronavirus outbreak in China a global health emergency.

Currently, the total number of people infected with coronavirus exceeded 44,600 in China with over 1,100 people reported to have died from the disease. Meanwhile, over 4,700 people are said to have recovered from it.