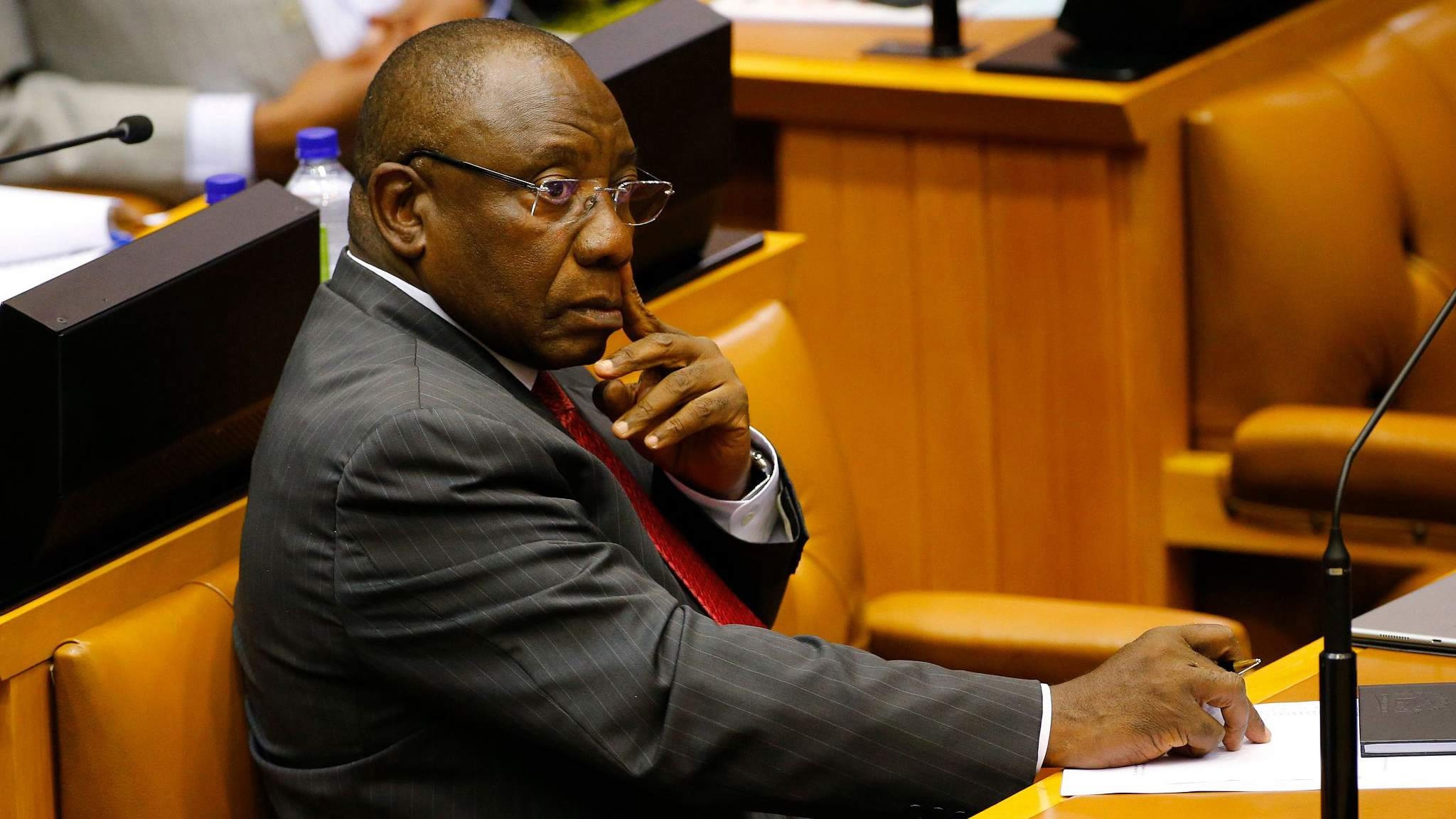 CAPE TOWN, Oct. 9 (Xinhua) -- South African President Cyril Ramaphosa pledged on Wednesday to provide the market "with clear signals of the nature and contours of our reform process" amid complex and pressing challenges facing the economy.

Much work is being done to improve confidence and regain credibility and trust by implementing those reforms that already enjoy support and have been under discussion for some time, Ramaphosa said at the first meeting of the Presidential Economic Advisory Council in Cape Town.

Ramaphosa set up the council last month with the aim of ensuring greater coherence and consistency in the implementation of economic policy. The council comprises experts in a broad range of disciplines, and people with extensive and varied experience.

"It is my hope that the council will direct its efforts towards practical solutions to the complex and pressing challenges our economy faces," Ramaphosa said at Wednesday's meeting.

It was clear that the meeting was convened at a difficult time for the economy, when many key indicators confirm the extent of the economic malaise that had set in in the aftermath of the recession last year, said Ramaphosa.

South Africa's economy does not perform at the same level as other upper middle-income countries mainly due to the uneven distribution of income and wealth, he said.

On measures such as the under-five child mortality rate, life expectancy and school completion rate, South Africa lags behind its peers, said Ramaphosa.

Poverty is rife, with nearly half of the population considered chronically poor at the upper bound national poverty line, while unemployment rate stood at 29 percent in the second quarter of this year, he said.

South Africa's economy has lost its competitiveness, ranking 82nd among 190 countries in the World Bank's Ease of Doing Business Index, while business confidence has reached historic lows, the president said.

He outlined a series of measures to address the challenges, including implementing an effective visa regime for tourism and high skill immigration.

Visa waivers have been extended to visitors from several countries, requirements have been simplified for countries such as China and India, and an e-visa system will be piloted from next month, Ramaphosa said.

An integrated and comprehensive youth employment strategy is under development, coordinated by a project management office set up in the Presidency, said Ramaphosa.

Invest SA, a state-run agency, has commenced work to improve key indicators such as starting a business, registering property, dealing with construction permits, paying taxes and trading across borders, according to the president.

The Integrated Resource Plan, dealing with the country's energy strategy and policy, is under discussion at the cabinet and will soon be released, he said.

The Department of Trade, Industry and Competition is convening various sectors to develop Industrial Strategy Masterplans, while the Infrastructure Fund is in the process of being formed, Ramaphosa said.

"All of these initiatives and reforms provide reasons for hope," he said.