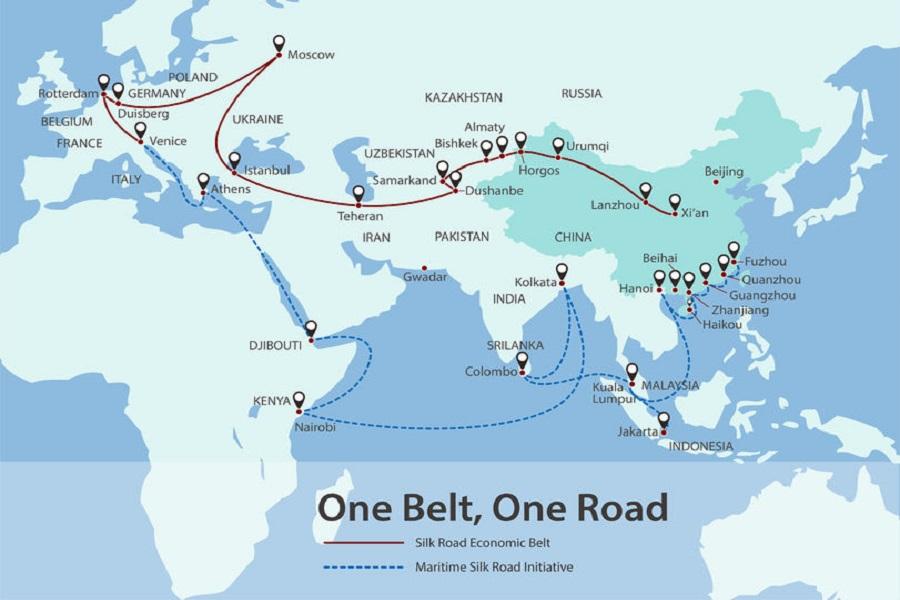 South Korea could play a positive role in promoting better implementation of the China-proposed Belt and Road Initiative, South Korean politicians said here Wednesday.
The "grand" Belt and Road Initiative proposed by Chinese President Xi Jinping in 2013 has promoted multi-dimensional cooperation between countries, said Kim Jin-pyo, a South Korean national assembly member and former vice prime minister, at an event hosted by Chinese think-tank the Charhar Institute in Beijing.
Kim pointed out a major way for his country to join the initiative is through the Asian Infrastructure Investment Bank (AIIB), of which South Korea is a major stakeholder.
"So in the whole process of pushing forward with the Belt and Road, South Korea has been making investments with China," he said.
The AIIB is a multilateral bank which focuses on infrastructure investment in Asia and beyond.
Kim added the Belt and Road Initiative could be further complemented in Northeast Asia by creating an economic circle around the Yellow Sea, which encompasses the Korean Peninsula and coastal cities in northern China such as Dalian and Qingdao, as well as mega-cities like Beijing and Shanghai.
"Accommodating 600 million consumers, the region could be a pole of growth for global consumption," he said, adding South Korea could better contribute to the initiative through enhanced cooperation in logistics and infrastructure.

Kim's remarks echoed that of South Korean President Moon Jae-in, who during an embassy banquet Tuesday in Seoul proposed to link his New North and New South policies with the Belt and Road Initiative to promote diversified diplomatic strategies and expand foreign cooperation.

Moon's new policies seek to boost the country's diplomatic and economic cooperation with Eurasian states like Russia in the north, as well as Southeast Asian nations in the south.

Also on Tuesday, Japanese Prime Minister Shinzo Abe voiced an intention to raise the Sino-Japanese relationship to a "new stage" in a speech in Tokyo, saying Japan is willing to cooperate with China under the Belt and Road Initiative.
For his part, South Korean national assembly member Park Jeong said on Wednesday's think tank event that both South Korea and Japan are close neighbors of China that could join the innitiative.
Referring to China's proposal of building a community with shared future for mankind, Park said such links among countries in the Northeast Asia is beneficial to our cooperation and a win-win situation, so as to build a community with a shared future for members in the Northeast Asia.
"South Korea and China could also form cooperation in exploring a third-party market, that is, to joint bid on projects in the third-party market. This is the true spirit of the Belt and Road," Park added.