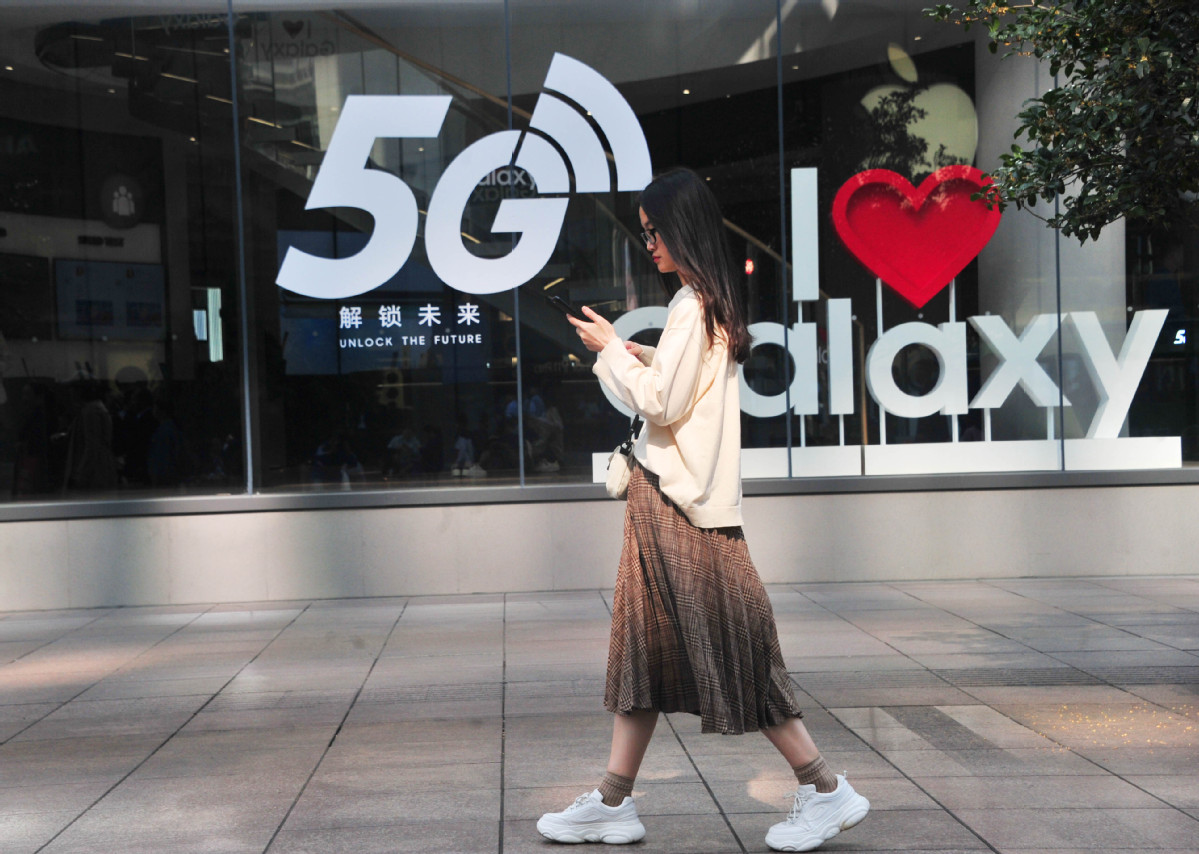 Samsung Electronics Co Ltd has adjusted its mobile phone business and strategy in China, in an attempt to shore up its competitiveness, as the South Korean technology giant is reportedly laying off more than one-third of its employees in the world's largest smartphone market.

Industry insiders said the tech heavyweight has faced intense competition from local rivals, such as Huawei, Oppo and Vivo, and is accelerating steps to commercialize the superfast 5G technology and launch related handsets in China to reclaim its lost sales.

Samsung Electronics said in a statement on Monday night that it has adjusted its business due to the uncertainties from the internal and external business environment and fierce competition, as it is aspiring to bolster the rapid growth of 5G in China.

It has also adjusted its product lines that centered on 5G products, and strengthened strategic cooperation with leading domestic retail distributors to further consolidate the company's mobile business in China, according to the statement.

Samsung Electronics said that the adjustment is part of "normal business operations" to enhance its competitiveness in the Chinese market, and it provides the necessary impetus for the long-term development of the company. "In the 5G era, we will continue to provide better technologies and services to Chinese consumers," the company added.

James Yan, research director at Counterpoint Technology Market Research, said that Samsung will pay more attention to 5G handset products, with a focus on the premium and low-end markets in China.

"Samsung still has some opportunities in the niche smartphone segment, especially in first-and second-tier cities, in the face of mounting competition from domestic rivals. It will take up about a 1 to 2 percent market share in China in the future," Yan said, adding that the moves are expected to boost the overall sales of Samsung.

The layoff report came after the South Korean manufacturer closed its smartphone manufacturing plant in Huizhou, Guangdong province, in September, its last smartphone factory in China.

In addition, according to previous reports from South Korean media, Samsung plans to entrust 20 percent of its 300 million smartphones, or around 60 million Galaxy M and Galaxy A series phones, to Chinese factories for production, and use the original design manufacturer or ODM form. However, Samsung declined to comment on the matter.

Jia Mo, a research analyst with technology consultancy Canalys, said the move will help Samsung reduce productions costs, which is also beneficial to its long-term development, but the company still faces severe challenges.

It should make more efforts in improving its brand image, as well as expanding offline and online retail channels, Jia added.

Kwon Gyehyun, president of Samsung Electronics China, said in an earlier interview that it has come back to the battlefield, attaches huge importance to the Chinese market and will intensify its efforts in sports marketing and localization in China.

In August, it launched its flagship handset Galaxy Note 10+, its first 5G terminal device in the Chinese market.

Furthermore, Samsung has shifted its attention to high-end manufacturing and emerging sectors including batteries and capacitors in China. Its $2.4 billion investment in Tianjin will be used to expand power battery lines and establish a multi-layer ceramics capacitor factory for automotive electronics in the city.

Despite being the world's biggest smartphone maker, Samsung's sales are close to negligible in China. According to market consultancy Strategy Analytics, in the second quarter of this year, Samsung's sales accounted for 0.7 percent of the Chinese market.

Data from the market research company Canalys showed that Huawei continued to lead China's smartphone market in the third quarter of this year, with a record high of 42 percent market share, followed by Vivo and Oppo. However, Samsung remained the number one vendor worldwide in the third quarter.