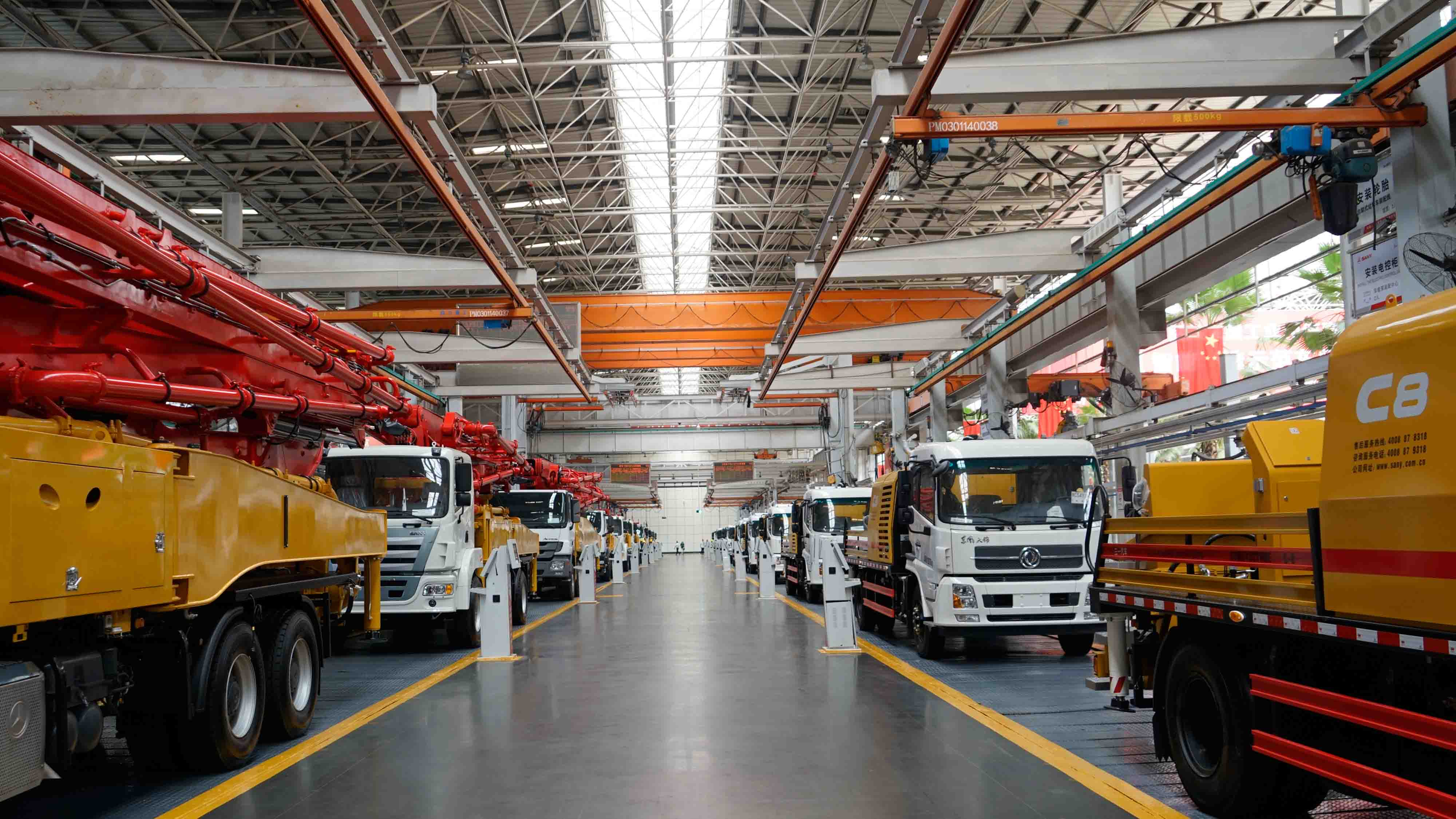 2018 will be another record-breaker for Sany Heavy Industry Company as it is expected to surpass Caterpillar in global sales for all-important excavators for the first time, said a senior executive of the company.

At a Sany facility in the city of Changsha city in central China’s Hunan Province, where an array of excavators, cranes, and concrete machinery is displayed, Liang Linhe, vice president of Sany Heavy Industry, told CGTN that “the forecasted revenue growth in 2018 is 50 percent, and by the end of this year, Sany will overtake Caterpillar in excavator sales for the first time.”

You may have never heard of Sany, one of China’s most important homegrown success stories, but the name is as big as Caterpillar in China, where it has rocketed from a company making welding materials in 1989 to becoming the biggest construction equipment manufacturer.

Sany’s rise benefited from the hundreds of billions of dollars the government poured into the enormous infrastructure projects in 2008. But as the construction boom slows, it started to hunt for sales elsewhere and has moved beyond the country’s borders to cultivate markets in the US, Europe, Latin America, and India.

Helping fuel the growth of the overseas market, Liang said, is China’s Belt and Road Initiative.

“The Belt and Road Initiative is becoming a very important driver for Sany’s international development,” said Liang, “Sany has done a better job than its competitors in India, where the sales is predicted to reach three billion yuan this year. ”

As Sany strove to gain a foothold overseas, it has made a series of brash moves, and it has both grown and stumbled, especially in the US, Caterpillar’s home turf.

Its biggest hurdle starting off was finding experienced US dealers to sell and service the equipment, while the most seasoned ones have long been allied with Caterpillar and Japan’s Komatsu.

Sany also struggled with the view that Chinese products are of bad quality. It lacked the core skill or technology to make many of its components, which it buys from companies like Cummins and Bosch Rexroth.

But today Sany is narrowing the quality gap and winning customers in developed countries and among quality-conscious equipment buyers, including top mining companies.

As Sany has grown fast and generated economies of scale, it has ultimately allowed the company to invest vastly in R&D.

It spends five percent of its sales revenue on R&D, the highest in the industry, according to the company’s statement.

As of June this year, the company has applied for a total of 12,070 patents and authorized 8,751 items. The cumulative number of patent applications and authorizations has ranked first in the industry.