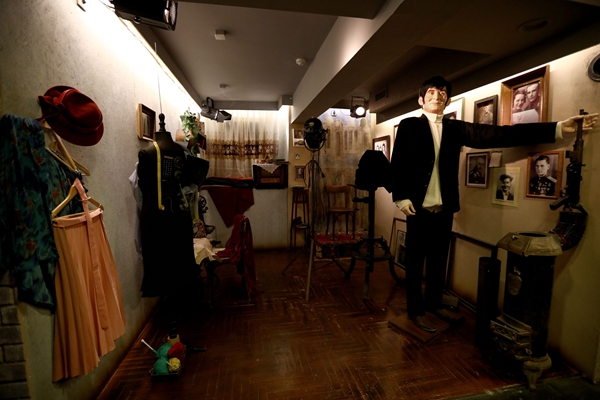 A museum based on the movie Valter Defends Sarajevo has become a popular destination for Chinese tourists after it opened on April 6. (Photo: Xinhua)

A museum based on the cult movie Valter (Walter) Defends Sarajevo has become a favorite meeting point and educational space for Chinese tourists visiting Sarajevo, the capital of Bosnia and Herzegovina, according to the museum's director, Jasmin Durakovic.

Since its opening on April 6 this year, the museum, which commemorates the cinematic story of Vladimir Peric Valter, a famous member of the Movement of Resistance and anti-fascist figure from World War II, has welcomed a total of 15,000 visitors, a third of whom were Chinese tourists.

Durakovic explains that around 5,000 Chinese visited the museum during the first four months of its "test phase".

He says it is the first museum in the Balkan region dedicated to the cult movie, directed by one of Bosnia and Herzegovina's greatest filmmakers, Hajrudin Siba Krvavac.

"Valter Defends Sarajevo is our country's most famous export to China, this is for sure," Durakovic says, adding that he was fascinated, when he visited China in May, by how much Chinese know about Sarajevo, the movie and the interest it has generated among the Chinese public.

"There are many middle-aged visitors from China who visit the museum, but there is also a growing number of young Chinese who are visiting with their families and children," Durakovic adds, recalling one particular tour group that arrived at the museum earlier this month where all the visitors were under 30 years old. 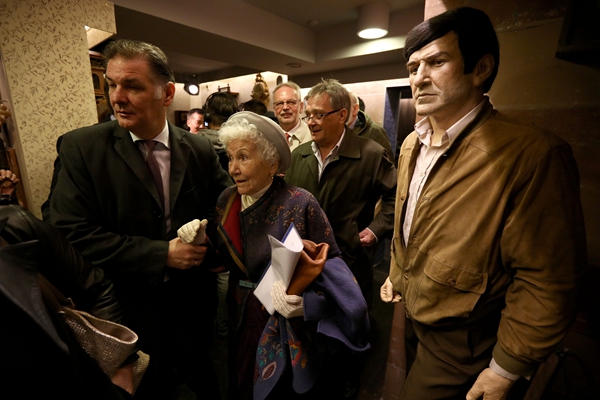 Visitors to the museum on its first day included the wife of the film's director Hajrudin Siba Krvavac. (Photo: Xinhua)

Durakovic thinks that the younger generations have probably found out about the movie from older members of their families, and the museum, with its interactive elements, such as wax figures, scenography from the film, music and multimedia exhibits, is interesting for younger visitors.

"When Chinese tourists come to visit the museum, they are enchanted by it," Durakovic says, "They are among our favorite guests."

Aside from the main protagonist of the story, the character of Valter, who is a hero for them, the second thing that Chinese visitors are most enamored of is the movie's music.

Also, they are apparently keen to know how many of the exhibits are original objects from the film, and they ask about the usage of specific items, about the set and the studio, he says.

Chinese tourists are also interested in visiting and touring around the older parts of Sarajevo, such as the Yellow Fortress and sites around the old Sarajevo Clock Tower-all areas where the movie was filmed-according to Durakovic.

He adds that the museum is currently working to create wax figures depicting characters from another popular movie, The Bridge. A song from the movie, Ciao Bella, is, according to Durakovic, "extremely popular in China".