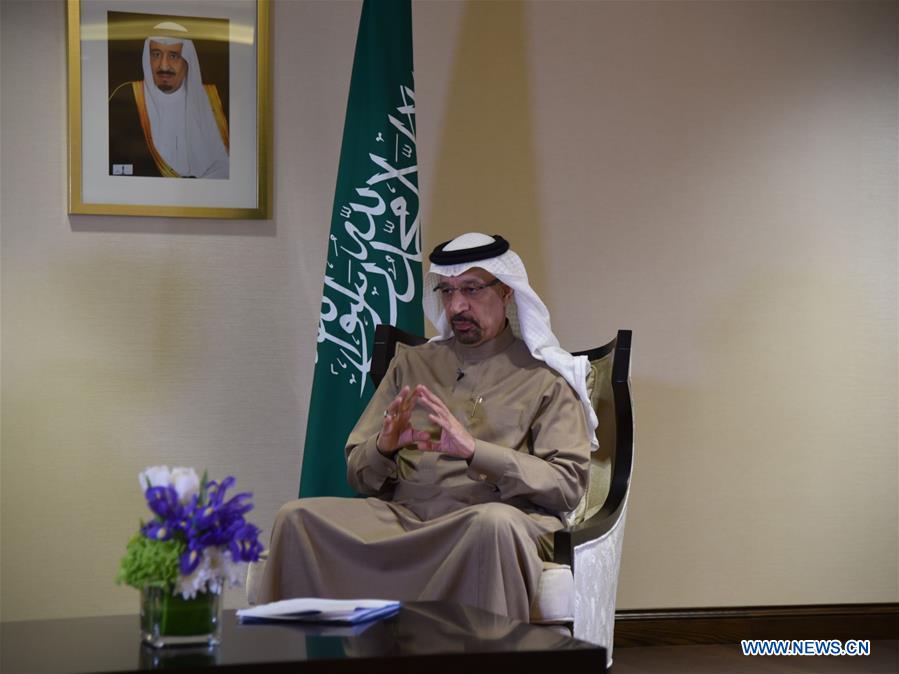 Al-Falih said this visit will look into the promising prospect of cooperation between Saudi Arabia and China, and enhance the achievements of the previous joint committee meetings.

Since the establishment of diplomatic relations in 1990, the ties between China and Saudi Arabia have witnessed sustained and rapid development and were elevated to a comprehensive strategic partnership in 2016.

As the largest trading partner of Saudi Arabia, "China is climbing the ladder very quickly with its technology, capabilities and exports in the world. There has been a growing competitiveness of Chinese products in the terms of quality," Al-Falih noted.

The bilateral trade is strong and thriving as Chinese markets are opening up and Saudi Arabia is also getting its market share, he added.

Saudi Arabia has been able to attract Chinese investment into projects such as the Yanbu Aramco Sinopec Refining Company (Yasref) which has been making a decent profit consistently.

"I think this major investment is just starting," Al-Falih said. "Saudi Arabia has a lot of capital that needs to find profitable places to be deployed. China is a great place to invest with a huge market and an improving environment."

In recent years, under the guidance of Saudi Vision 2030, Saudi Arabia has achieved substantial development.

When talking about the connection between Vision 2030 and the China-proposed Belt and Road Initiative (BRI), the Saudi minister expressed confidence in their in-depth integration.

There is indeed much in common between Saudi Vision 2030 and the BRI. The two agendas will help the two countries strengthen cooperation in various industries, said Al-Falih.

"We want to invite companies of all types, not just in oil and petrochemical fields, but also in renewable energy, auto manufacturing, pharmaceuticals and aerospace," he noted.

The minister also pointed out the importance of people-to-people exchanges between the two countries.

"Our culture is very compatible with the Chinese culture. We have sent hundreds of our students to study in China, and when they came back speaking Chinese, it makes thousands of Saudi people understand how great China is and how wonderful the Chinese people are. We need more of that," he said.

"There will be great prosperity for both countries and also for the partnership between them," the Saudi minister concluded.