Three foreign scientists have received the 2018 International Scientific Cooperation Award of the Chinese Academy of Sciences on Thursday for their contribution to China's scientific development. 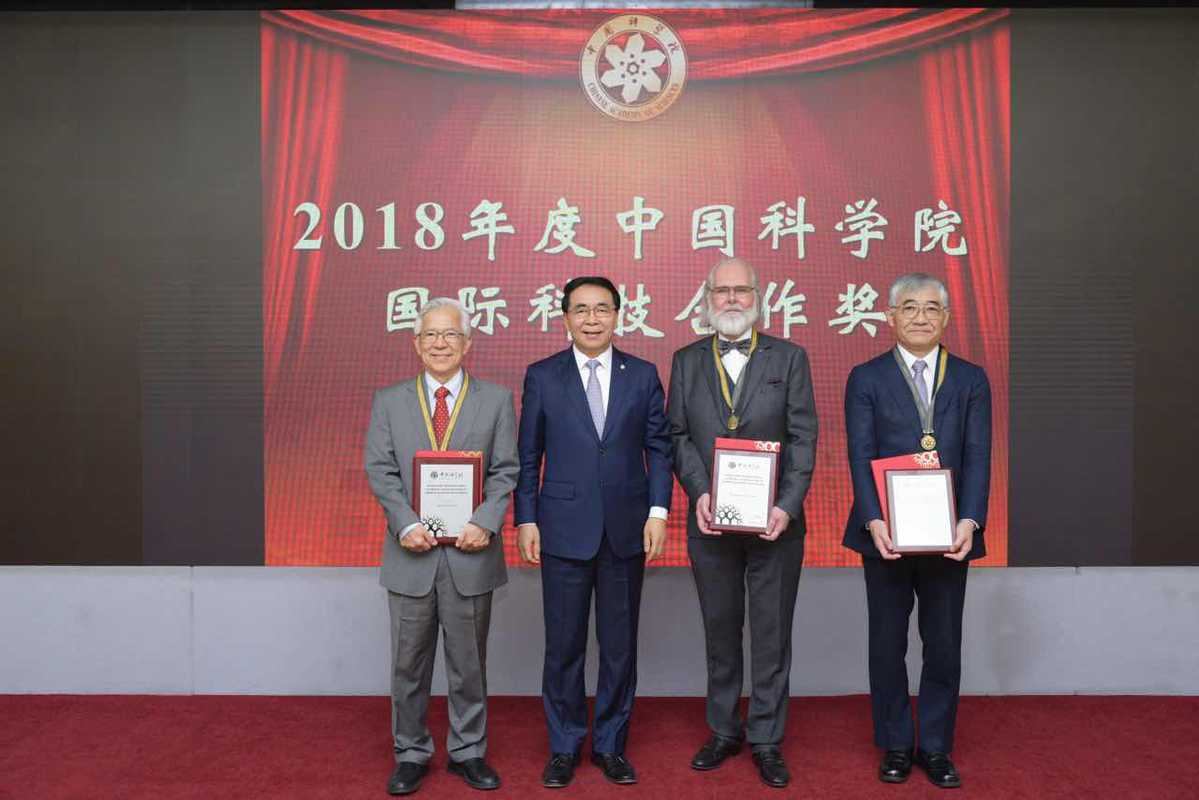 The winners are Singaporean fracture mechanics expert Shih Choon Fong, Norwegian ecologist Nils Stenseth and Japanese climatologist Toshio Koike. Their certificates and medals were presented by Bai Chunli, president of the academy, in a ceremony in Beijing.

The winners are long-term participants and contributors to the academy's scientific endeavors, academy Vice-President Zhang Yaping said during the ceremony.

"Various institutes from the academy should take advantage of opportunities presented by the Belt and Road Initiative and continue to collaborate with world-class foreign scientists," he said. "This will allow us to create an innovative environment that is beneficial for producing research, talent and ideas, and accelerate the academy's process of becoming a world-class research institute."

The award was first presented in 2007 and has been given to 34 foreign experts, 24 of whom went on to win the China International Science and Technology Award, the nation's top honor for foreign scientists.

"It is a great honor to receive the academy's award because it is proof of the collaboration between our scientists," said Koike, who has been studying the water cycle on the Qinghai-Tibet Plateau with Chinese peers since 1991.

The plateau, origin of many of the major rivers in Asia, has drawn global scientific interest, especially from scientists studying climate change, he said. "Small changes in the Tibetan plateau's geophysical conditions will have a big impact in Asia and the rest of the world."

Koike said changes already are taking place as the plateau becomes warmer, resulting in melting glaciers and more rainfall that can lead to avalanches and flooding.

Koike and his colleagues will focus more on turning their models and scientific knowledge into practical applications for disaster relief, weather forecasting and monitoring and efficient use of water, he said.

Stenseth's work is also related to climate change, specifically its impact on diseases, genomes and biodiversity, as well as how diseases are spread. He has been collaborating with the academy for over 20 years.

"China is doing very well when it comes to scientific studies on epidemic diseases," Stenseth said, adding he obtains new and unique insights by analyzing the wealth of historical records China had kept on climate, ecology and plagues. "Understanding ecology and old diseases in wildlife is very important if you want to make predictions about human diseases."