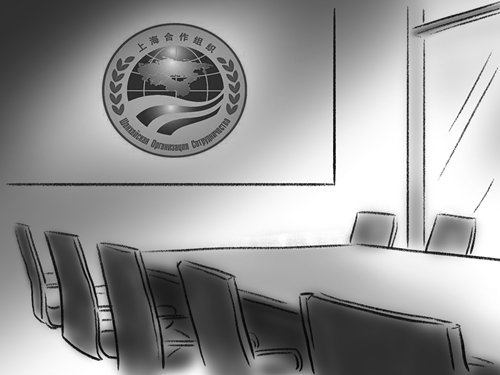 The 17th meeting of the Council of Heads of Government of the Shanghai Cooperation Organization (SCO) member states was held in Dushanbe, Tajikistan, from October 11 to 12. The meeting was a success and attracted the attention of media around the world. Chinese Premier Li Keqiang addressed the meeting and laid out a six-point proposal. The meeting follows the 18th SCO summit in Qingdao, and plays an important role in implementing what was decided there.

One of the important achievements is the joint communiqué issued on the outcome of the meeting.

Making an overall assessment of international and regional politics, economic and security situation, the communiqué says, "the situation in the world economy, despite some improvement, remained fragile, the process of economic globalization was facing an increase in unilateral and protectionist measures". It also noted the importance of implementation of the agreements reached during the Qingdao summit "and taking into account the expansion of the Organization, stressed the need to further explore its significant potential in all areas of activity". They advocated further strengthening of practical cooperation.

As can be seen from the communiqué, the meeting focused on implementing the agreements reached during the Qingdao summit. The Heads of delegation stressed the importance of further implementing the SCO Charter and the SCO Development Strategy until 2025, which were signed earlier. They also consider it important to ensure implementation of new deals reached during the Qingdao summit, such as the Joint Statement of the heads of SCO Member States on trade facilitation. The Heads of delegation also pressed for the member states to implement the Program of Multilateral Trade and Economic Cooperation of the SCO member states, and to work on the framework agreement on cooperation in the field of trade in services among the member states, as envisaged during the Qingdao summit. The meeting also made specific arrangements for the implementation of these documents.

The Heads of delegation considered the joint efforts of the member states to create favorable conditions for the expansion of trade, economic and investment activities, development of high-tech sectors of the economy, modernization of various industries, implementation of projects for the development of transit, transport and logistics, energy, agriculture, information and communication, and other infrastructure, as well as improving the economic competitiveness of the member states, including bridging the technological gap between the countries, improving the level and quality of life of the population of the members. The Heads of delegation also discussed new types of cooperation including regional economic development, E-commerce and trade in services. The member states were interested in optimizing SCO cooperation and creating new ways of cooperation.

Premier Li Keqiang's address was the highlight of the meeting. Li spoke highly of the SCO's achievements, and laid down a six-point proposal for the SCO's work, including security, economic cooperation and trade, industrial capacity, connectivity, innovation and people-to-people ties. The proposal is concrete and practical. Li pointed out that SCO serves as an important platform for the Belt and Road initiative (BRI). He proposed to enhance multilateral trade cooperation, thereby further tapping the potentials of common development among the SCO member countries, adding that the SCO has contributed to peace and stability on the Eurasian continent and development and prosperity of the region.

After years of coordination, the SCO has actually become a platform for the BRI's implementation. The BRI has provided new impetus for the SCO's further development, winning the support of all member states. The member states will hold on to the Shanghai Spirit and the principle of reciprocity, emphasize the role of market, and complement each other's advantages in funds, technology, talent and resources. China will play an active role in BRI cooperation.

The meeting in Dushanbe adhered to the Qingdao Declaration. It focused on practicality, seized the priority of cooperation in the SCO, and reached a new consensus on implementing the achievements reached during the Qingdao summit.

The meeting best explains the Shanghai Spirit, and will further promote the practical cooperation by the SCO.