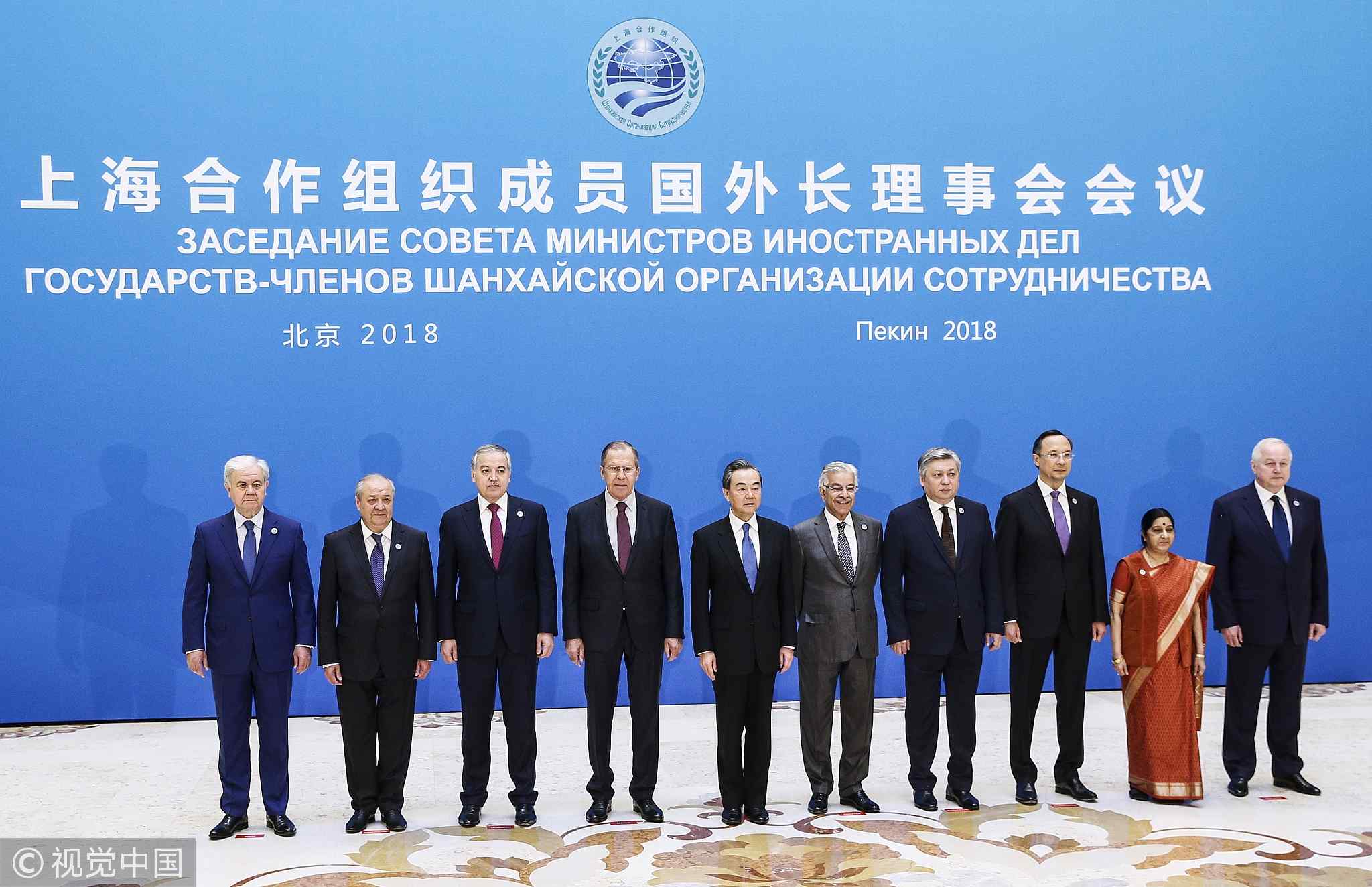 Like a landmark, the Shanghai Cooperation Organization (SCO) Qingdao Summit will open a new chapter in the history, SCO Secretary-General Rashid Alimov told the press on Sunday.

With the accession of India and Pakistan, the SCO now covers three-fifth of Eurasia and has become one of the largest trans-regional organizations in the world, with close to half of the global population.

In this case, Alimov believed the SCO Qingdao Summit is not only important for the region, but also for the world.

"It (SCO) will develop under the framework of eight member states. Among them, four countries are nuclear powers and the others are signatories of the 'Central Asian Nuclear-Weapon-Free Zone treaty.' Two nations are permanent members of the United Nations Security Council, while Kazakhstan is not," Alimov noted.

He added that all SCO member countries will jointly maintain stability, peace and security in the region.

The SCO secretary-general praised China's great efforts to provide sufficient impetus for the cooperative dialogue and harmonious neighboring friendship under the SCO framework after taking over the rotating presidency on June 10, 2017.

He said China has also brought various and substantial changes to the development of the SCO in more than 30 aspects and has already formed a complete working system of the SCO, including new modes of cooperation and activities.

China also additionally proposed many initiatives with long-term potential, such as the first SCO Women's Forum, which has aroused enthusiastic response and resonance, said Alimov. 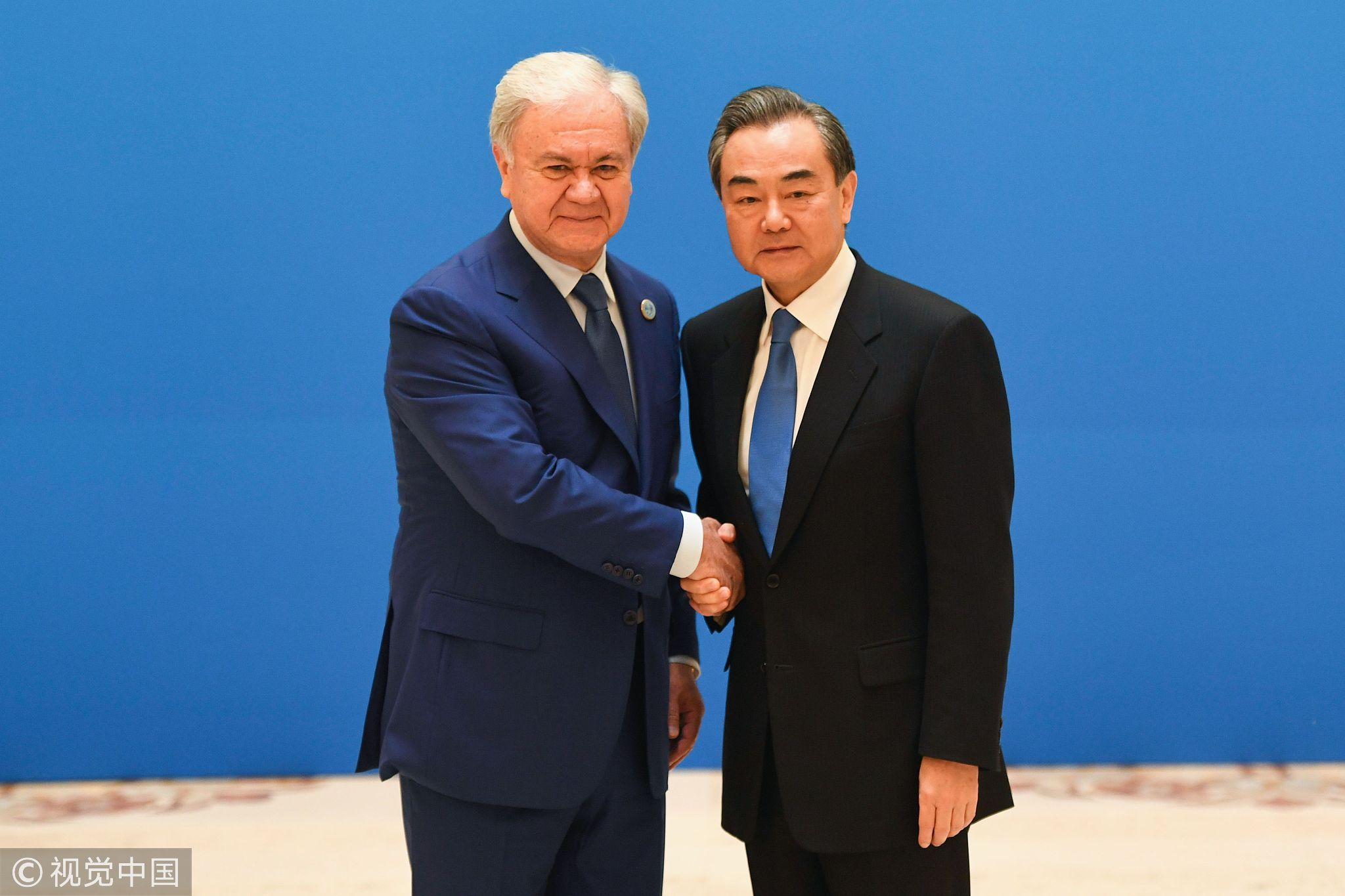 "There is no doubt that nearly half of the total population of the SCO is women. Therefore, the initiative of women's forum is necessary," Alimov added that he has also gained new inspiration and understanding from different women's delegations in different countries while participating in this forum.

Alimov also mentioned that this SCO will host its first media summit, which was proposed by Chinese President Xi Jinping. He believed it is a new way of solidarity under the SCO framework and attracting media people to help publicize and report on the SCO more deeply, vividly and objectively.

The first SCO film festival also proposed by China is another example that Alimov gave. He said China is a country with a history of over 110 years of film industry development and the dialogues in film industry can effectively promote cultural exchange and communication among SCO member states.

He hoped under the China-proposed Belt and Road Initiative, the people of the SCO member countries could have more opportunities to communicate and use film as a language to enhance understanding.

The SCO secretary-general announced that activities like the film festival and the Women's Forum will become an ongoing tradition, which will require the participation and concerted efforts of all member states.

In addition, during the presidency of China, Alimov noted there were more than 200 events involving technology, seminars and sports. The SCO has held two marathons in Astana and Kunming.

He added with the convening of the Qingdao summit of the SCO, the organization has sprouted many new ideas.

Alimov also agreed with the vision of a shared future for common prosperity proposed by President Xi and said the idea reflects the progress and trends of today's world and represents countries' mutual responsibility to future development. 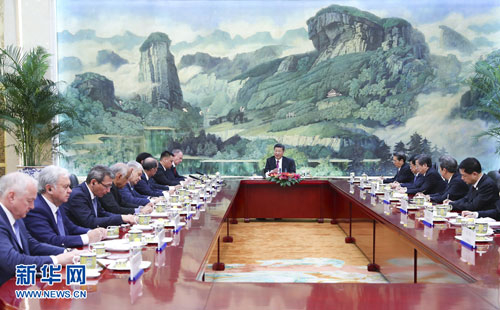 Chinese President Xi Jinping held a group meeting at the Great Hall of the People with heads of foreign delegations, who were in China for the 13th Meeting of the SCO National Security Council Secretaries, May 22, 2018. (Photo: VCG)

The building of a shared future for common prosperity is closely related to every SCO member state, he said.

He pointed out nowadays, the world pattern is changing, and there are difficulties and challenges in the fields of economy and international relations, adding that everyone now is a witness of the formation of new international cooperative relationships.

He told reporters that the SCO is a young organization with unlimited development potential and the organization will constantly seeks opportunities, cooperation and innovation.