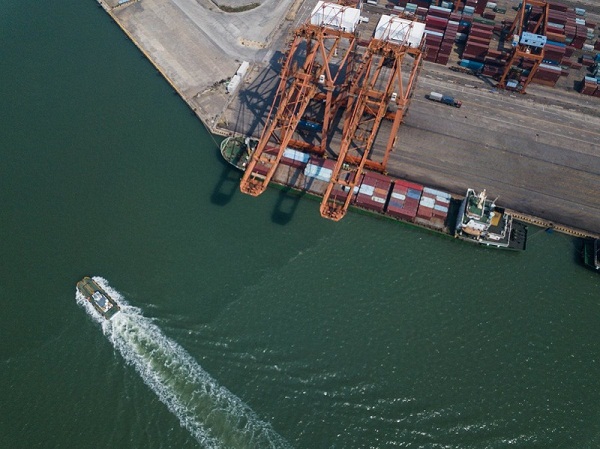 "Thanks to five years of joint efforts, cooperation under the Belt and Road Initiative has entered a new phase of full implementation," Chinese President Xi Jinping said Sunday at the 26th APEC Economic Leaders' Meeting.

Proposed by China in 2013, the BRI refers to the Silk Road Economic Belt and the 21st Century Maritime Silk Road, which aims to build a trade and infrastructure network connecting Asia with Europe, Africa and beyond.

For developing countries like Papua New Guinea (PNG), the BRI "is a great initiative because of the access to capital, access to infrastructure-building capacities that we are now developing together with China," PNG Prime Minister Peter O'Neill told Xinhua.

PNG, the host of this year's APEC Economic Leaders' Meeting, joined the Asian Infrastructure Investment Bank in May, and became the first Pacific island country to sign a memorandum of understanding with China on BRI cooperation in June.

"I think globally it (the BRI) will continue to promote trade and investment for all countries," O'Neill said. "So we support that."

David Toua, a PNG representative on the APEC Business Advisory Council, said the initiative has "gathered momentum" and now is "quite mature."

David Morris, trade commissioner at Pacific Islands Trade and Invest, an agency under the Pacific Islands Forum Secretariat, said the initiative can help build the infrastructure and connectivity needed across the developing world and beyond, stressing that openness and cooperation are the only way to ensure inclusive and sustainable development.

"APEC economies enjoy cultural and geopolitical advantages when it comes to cooperation with China," said Benjamin Peng, managing director of Tel Aviv-based investment house Cukierman. "China and (other) APEC economies should increase their mutual visits and exchange to benefit more from the BRI."

China's trade with Belt and Road countries has exceeded 5 trillion U.S. dollars and outward direct investment has amounted to over 60 billion dollars, creating over 200,000 local jobs. As the BRI strengthens cooperation and brings benefits, it also dissipates doubts and misgivings that bystanders once harbored.

"This initiative has won wide international endorsement in the past five years," Xi said Saturday in a keynote speech at the APEC CEO Summit, adding that China has signed BRI cooperation documents with over 140 countries and international organizations, and that a large number of cooperation projects have been launched under this initiative.

"It is guided by the principle of consultation and collaboration for shared benefits," Xi said. "It is not an exclusive club that is closed to non-members, nor is it a 'trap' as some people have labeled it."

"The BRI involves a huge market and vast space for cooperation that allow all members to participate in and benefit from the initiative," said Liu Chenyang, head of APEC Study Center of Tianjin-based Nankai University. "We are confident that the BRI offers win-win cooperation and is a sunny boulevard, and that we will develop along the direction we have set."

"The Pacific Ocean is big enough to converge various countries and people to develop together," Chen Hong, director of Asia Pacific Studies Center at Shanghai-based East China Normal University, explained. "China will be based in the Asia-Pacific, and make it prosper."

China will host the second Belt and Road Forum for International Cooperation in April next year.

"China will work with all countries involved under the principle of consultation and collaboration for shared benefits to pursue the Belt and Road Initiative against high standards so that it will deliver quality outcomes and create even greater development opportunities for the people in the Asia-Pacific and beyond," Xi said at the 26th APEC Economic Leaders' Meeting.