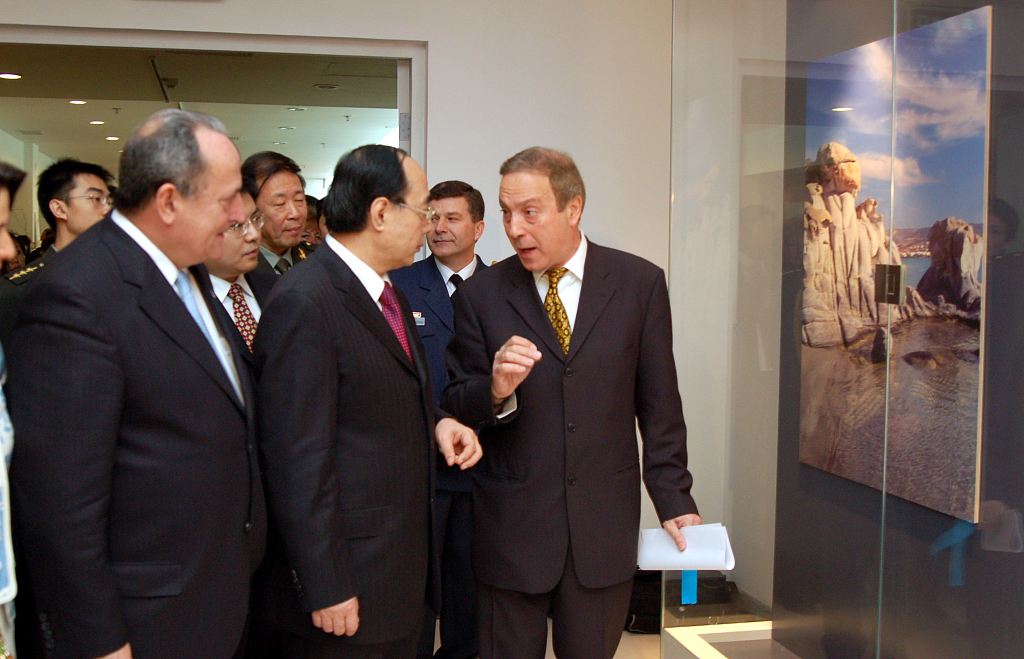 Greek capital Athens has seen this week the holding of a series of cultural events, which highlighted the deepening friendship and cooperation between China and Greece.

The cultural exchange activities started with the opening of the exhibition "Travelling comics from China to Greece" on Thursday, which put more than 100 works of Chinese animation on display.

Eleni Fotiou, a Greek journalist and travel consultant was among the guests of the exhibition with her husband Panos Dimitrakopoulos, a musician who has cooperation with Chinese artists.

"I am very interested in the civilization of China because it is as ancient as Greece's and I always follow this kind of exhibitions. It gave me the chance to meet the Chinese way of thinking, for example I saw some of the comics here of the artists and the sayings and I was really touched," Fotiou told Xinhua.

Fotiou was echoed by her musician husband, who believes that Greece and China are connected by many elements, including music.

"I don't actually see anything dividing us. And music is a bridge, arts overall, which helps peoples getting closer," Dimitrakopoulos said.

During the event, 15 young Greek students from the Athens School of Fine Arts painted their own versions of Panda-inspired works on rice paper as present to the guests. Nikitas Oikonomidis was one of them. He painted a Panda as ancient warrior from Sparta.

"Such events help cultures receive stimuli from each other. In arts in this case, there is interaction. We are sharing ideas to work on," he said.

This kind of sharing of ideas continued during the inauguration of an exhibition of Chinese books under the theme "From the Silk Road to the Belt and Road" on Friday and the opening ceremony of an exhibition on Chinese calligraphy on Saturday.

"The organization of such events helps to further deepen the acquaintance between peoples, between peoples' culture. In this way there is more understanding," said Efthemios Tsiknis, a Greek photo reporter who has visited China six times.