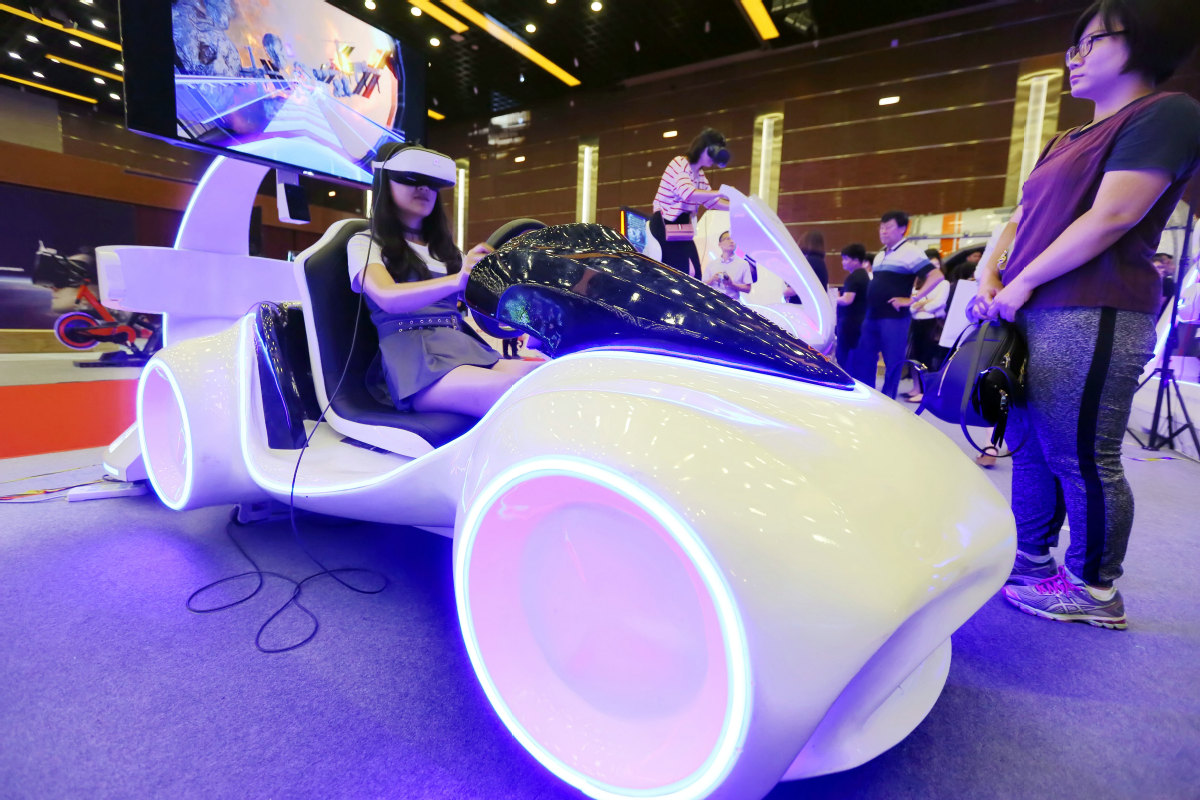 A visitor checks out a video game supported by virtual reality technology during an exhibition in Beijing. (Photo: China Daily)

Service trade will play a bigger role in China's economic growth this year as the government optimizes the structure of the industry and will deploy resources to encourage innovation, experts and business leaders said.

Their comments came after the Ministry of Commerce announced on Wednesday the country's service trade amounted to 3.09 trillion yuan ($436 billion) during the first seven months of the year, rising 3.2 percent year-on-year.

China's export of services amounted to 1.1 trillion yuan, up 9.5 percent year-on-year, while imports came in at 1.99 trillion yuan, the ministry said in a statement.

"The future growth of China's service trade will depend on the new round of reform and opening-up of the service sector," said Chen Wenling, chief economist at the China Center for International Economic Exchanges.

As many parts of the world are seeking ways to mitigate the effects of protectionism and boost their goods trade, China has taken steps to diversify the category of trade in services, including the steady opening up of its finance, telecom, insurance, education and medical treatment sectors, Chen said.

She added that the breadth of China's openness in service trade is close to the average level of developed economies after years of development.

Trade in services refers to the sale and delivery of intangible products, such as transportation, tourism, telecommunications, construction, advertising, computing and accounting.

China's import and export of knowledge-intensive services reached 1.06 trillion yuan from January to July, up 10.9 percent year-on-year, about 7.7 percentage points higher than the overall growth rate of the service trade, and accounting for 34.2 percent of the total volume, the Ministry of Commerce said.

The tangible growth of service trade has not only boosted activity in areas such as research and development, design, inspection and testing, international settlement and exhibitions across China, but also attracted more foreign direct investment to the country this year, said Sun Fuquan, a researcher at the Chinese Academy of Science and Technology for Development.

"The pushing power behind this move is China's fast-growing sales of new energy and high-end hybrid vehicles on the back of government policy support for consumption and service sectors, and rapid development of digital and material technologies," said Keith Williams, UL's chief executive officer.

Trade friction between China and the US has likewise pushed Beijing to further refine and explore access mechanisms for trade in services on cross-border delivery and overseas consumption in recent months, said Zhang Yunling, former director of international studies at the Chinese Academy of Social Sciences.

He said China will take measures to push for healthy growth in the volume of services trade, but it will do so through better structure and greater competitiveness in the long run, especially with partners and markets participating in the Belt and Road Initiative.

China's service trade deficit stood at 887.1 billion yuan between January and July this year, lower by 9.8 percent from same period a year earlier.